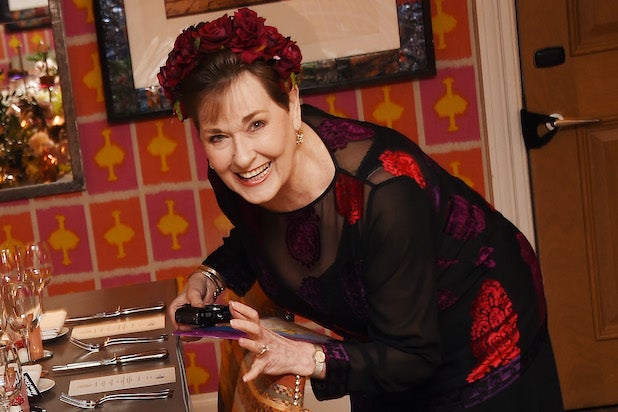 “Food Network was saddened to learn of the passing of Kerry Vincent, our thoughts and condolences go out to Kerry’s family and friends at this sad time,” a spokesperson for the Food Network said in a statement to TheWrap Monday.

Vincent’s death was announced by the Oklahoma State Sugar Art Show via a Facebook post Sunday: “It is with great sadness that I have to report the passing of Kerry Vincent earlier this evening. Being a very private person when it came to all things not cake, she did not want to put her illness out there to the public. Unfortunately her fight has come to an end but she will no longer have any pain. She will be sorely missed by all who she has touched through the Sugar Arts as well as personally. There will be no services per her request. Thank you for your thoughts and prayers.”

The specific cause of Vincent’s death was not revealed in the post.

Best known in the entertainment world for her time serving as a judge on “Food Network Challenge,” Vincent also hosted the cable channel’s short-lived 2014 series, “Save my Bakery” and was a judge on “The Great Australian Bake Off.”

Born in Wyalkatchem in Western Australia, Vincent lived in Tulsa, Oklahoma with her husband, Doug Vincent.