KHLOE Kardashian's baby daddy Tristan Thompson further fanned the flames of speculation that the couple are back together, on Thursday.

The 29-year-old basketball player – who shares daughter True with Khloe – left a flirtatious comment under a picture of her on Instagram. 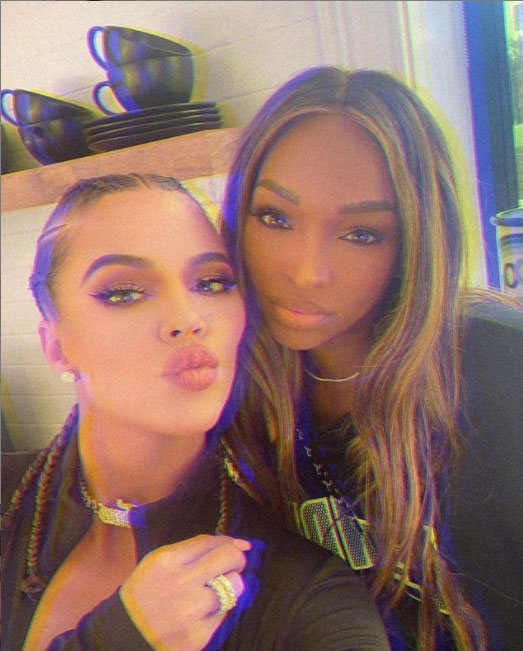 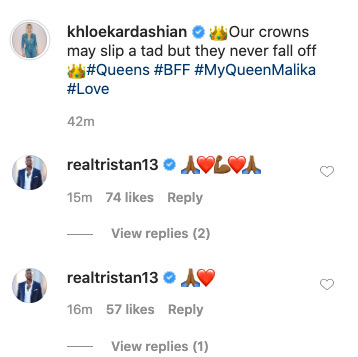 It comes as the couple have been seen getting close again recently – with Tristan spotted wrapping his arm around Khloe at pal Savas Oguz's birthday bash, weeks after she slammed pregnancy rumors.

The former couple put on a "very cozy" display while singing and filming the birthday celebration held at Tristan's LA home, in the video obtained by TMZ.

In the short clip, which was also posted by Tristan's old teammate Jordan Clarkson, the Cleveland Cavaliers player appeared to have his arm around Khloe, who wore her hair in long braids.

Despite their jovial appearance, sources told the publication that Khloe, 35, and Tristan, 29, are not back together. 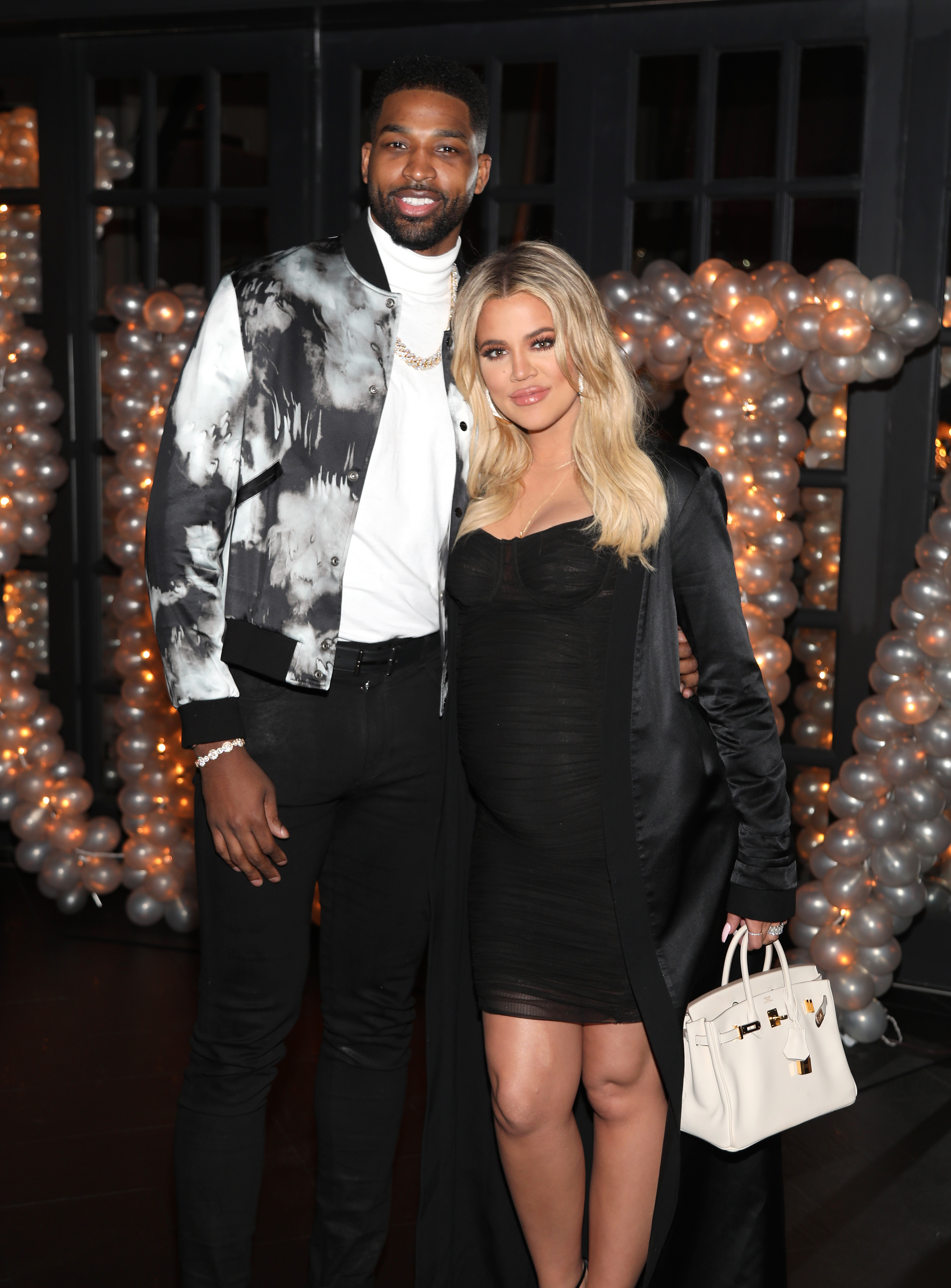 The insider added that the pair are still living separately but Tristan sees the Good American founder and daughter True, two, every day as they continue to co-parent.

The source shared: "The pandemic has simply given them a chance to hang out more and work on their friendship."

The couple in February 2019, after Tristan got close to former family friend Jordyn Woods. 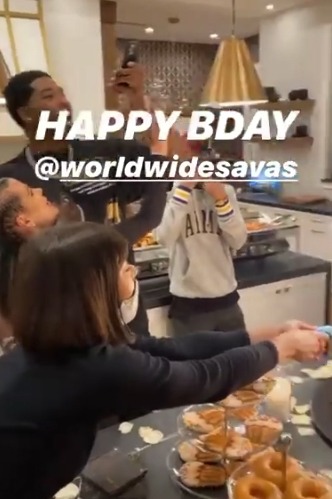 Last month, Khloe was forced to deny that she was expecting after fans became convinced she has a second child on the way.

She shared a picture of her very flat tummy to her Instagram, which was as toned and taut as ever.

It comes after she hit back at "nasty" fans over "false" rumors she’s pregnant with Tristan’s baby. 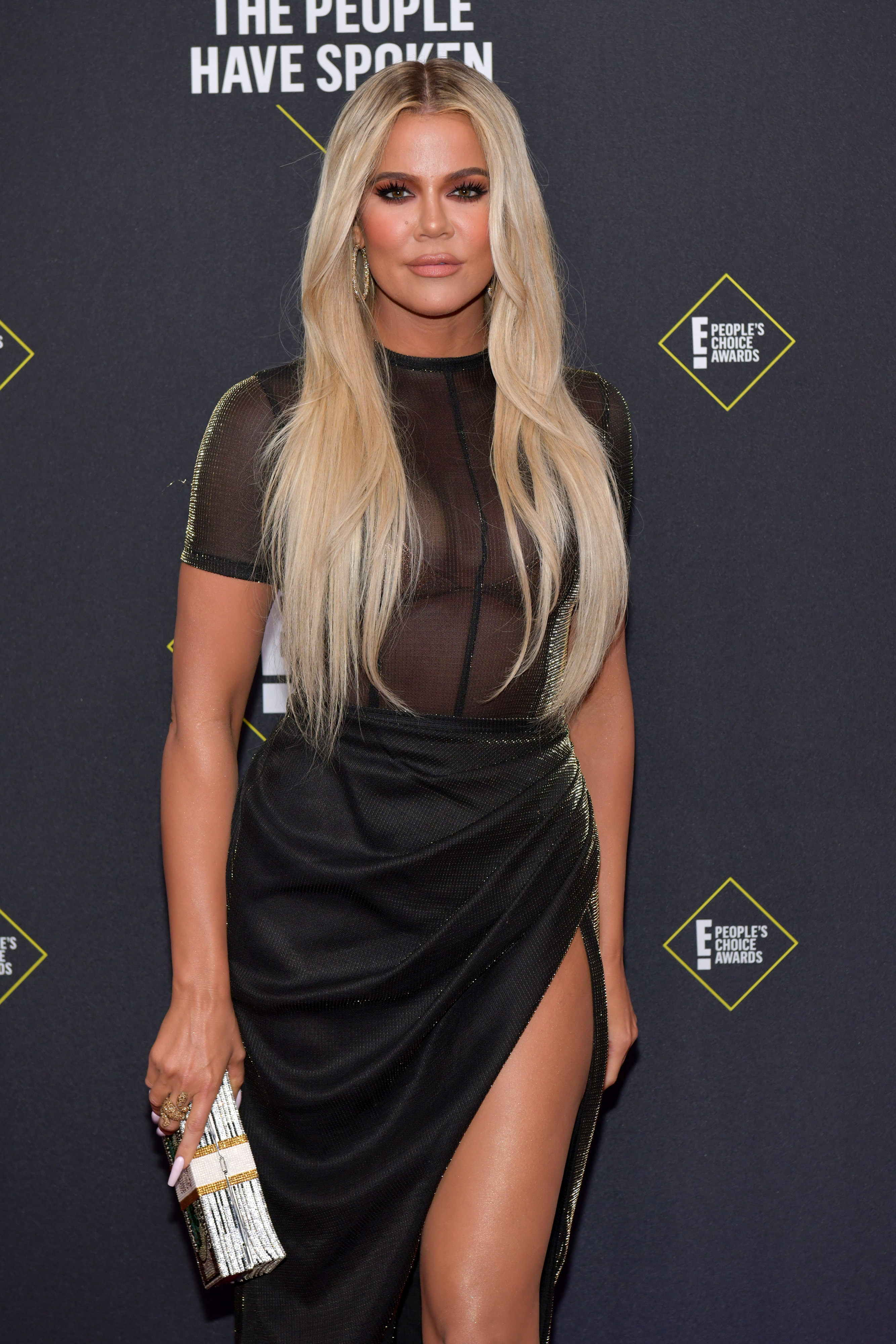 Keeping Up With The Kardashians fans have been convinced that Khloe is pregnant with her second child from her social media presence last month.

The reality star had already spoken to her ex about the possibility of having a second child together by freezing their embryos.

However, she took to Twitter and shared a stream of angry messages as the offended star slammed the public for thinking they "know" her and her "uterus."

She seethed: "I don’t go on social platforms much these days AND this is one of the main reasons as to why I stay away. 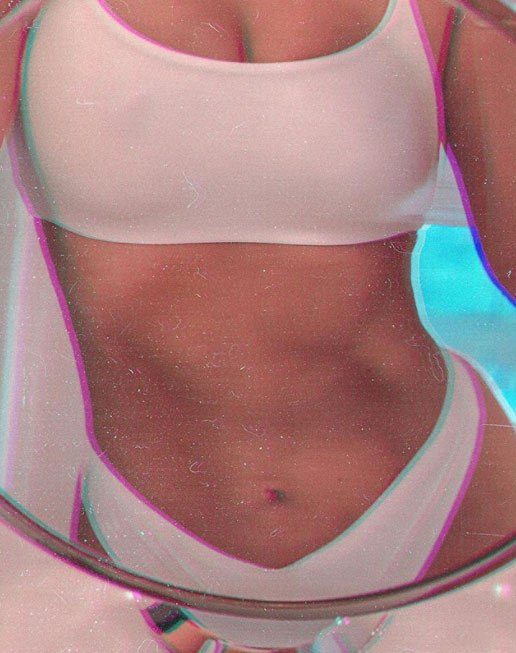 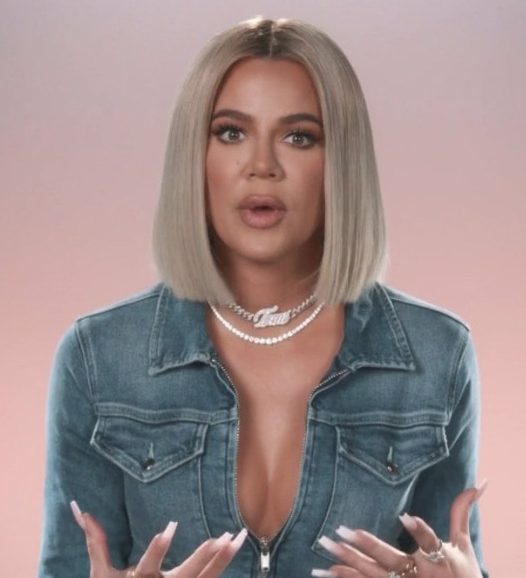 "The sick and hurtful things people say. I am disgusted by so many things I am seeing. SMH people swear they know everything about me. Including my uterus. Sick.

"The nasty things you’re saying about me over A RUMOR! I have seen so many hurtful/despicable stories and tweets about me over a false story. And if it were true…. it’s MY LIFE, NOT YOURS."

Khloe went on to blast fans for being negative about her life and ordered them to concentrate on their own. 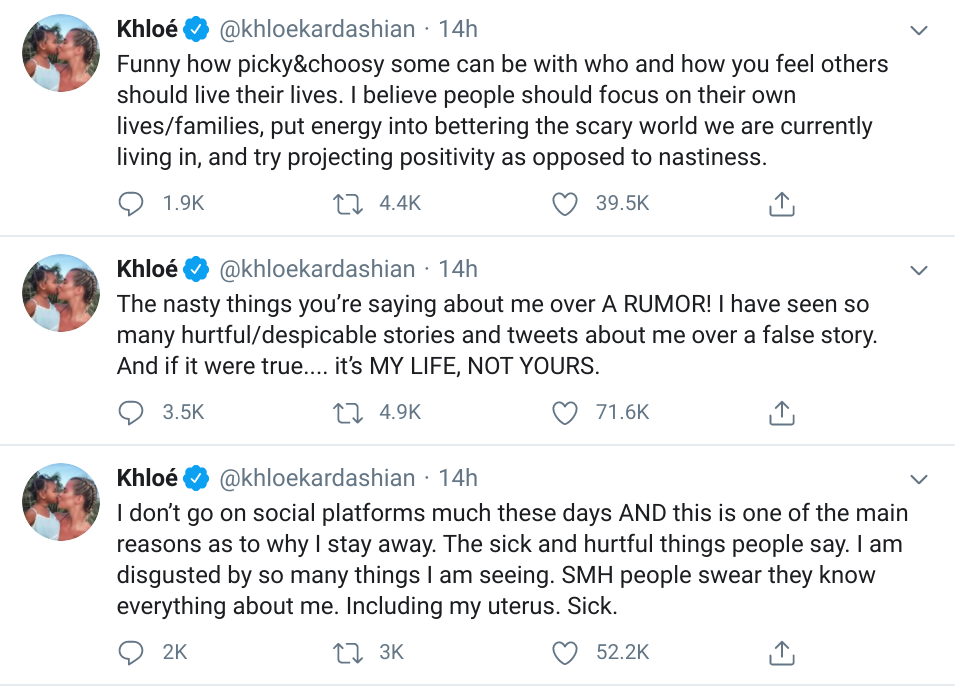 The star ended her rant: "Funny how picky & choosy some can be with who and how you feel others should live their lives.

"I believe people should focus on their own lives/families, put energy into bettering the scary world we are currently living in, and try projecting positivity as opposed to nastiness."

However, fans jumped to conclusions after seeing Khloe hiding her figure with baggy clothes, but she’s also been pictured snacking and breaking her diet. 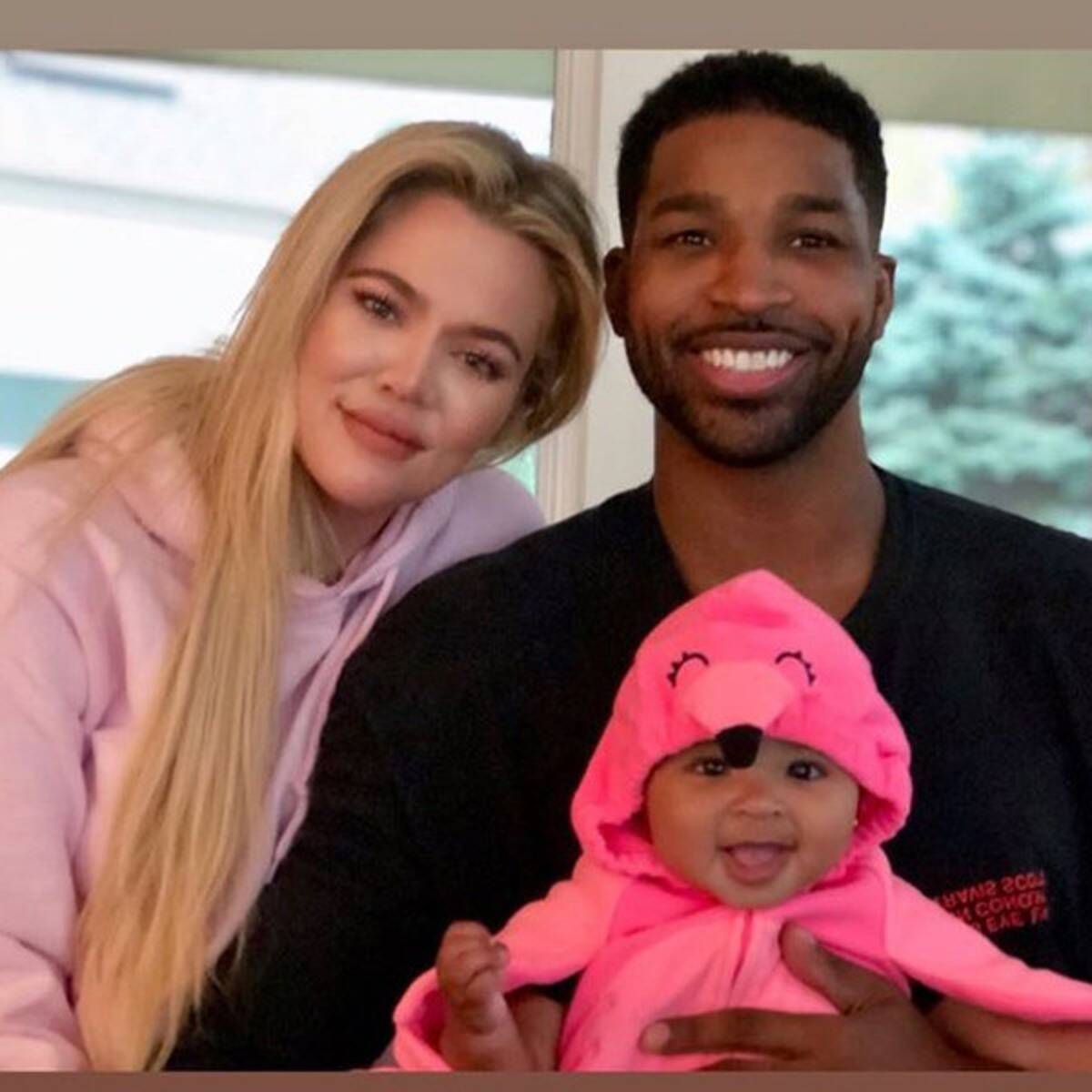 Khloe has also been using clever editing and posting selfies from the chest up, which could be a pregnancy clue.

The mum-of-one has spoken openly about her desire to have another child with her ex-boyfriend Tristan and recently said she wanted to use his sperm to create embryos.

The reality star told sisters Kourtney and Kendall Jenner that she had already spoken to her ex about the possibility of combining her frozen eggs with his sperm in order to improve her chances of giving birth to a healthy baby.

She said: "If you can create embryos and do all the DNA testing, I do think it's a better choice.

"But it's weird because Tristan and I are not together so I don't know which way to go."

Khloe confirmed her first pregnancy with Tristan’s child in 2017 and gave birth in April 2018.