KOURTNEY Kardashian shared cute beach photos with her kids Reign, seven, and Penelope, nine, after she was slammed for “leaving out” Mason, 12.

The 42-year-old shares her three kids with ex Scott Disick, 38. 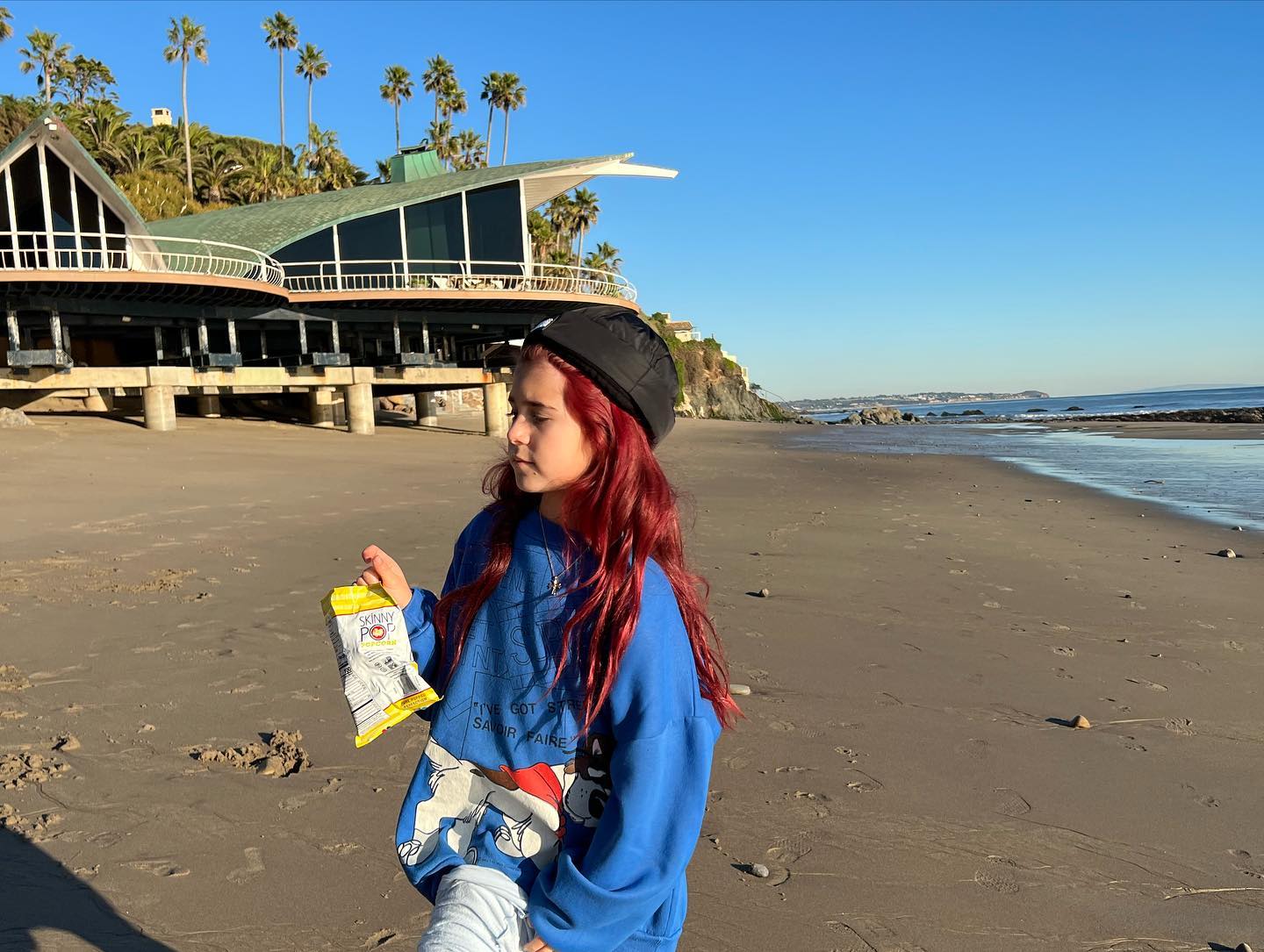 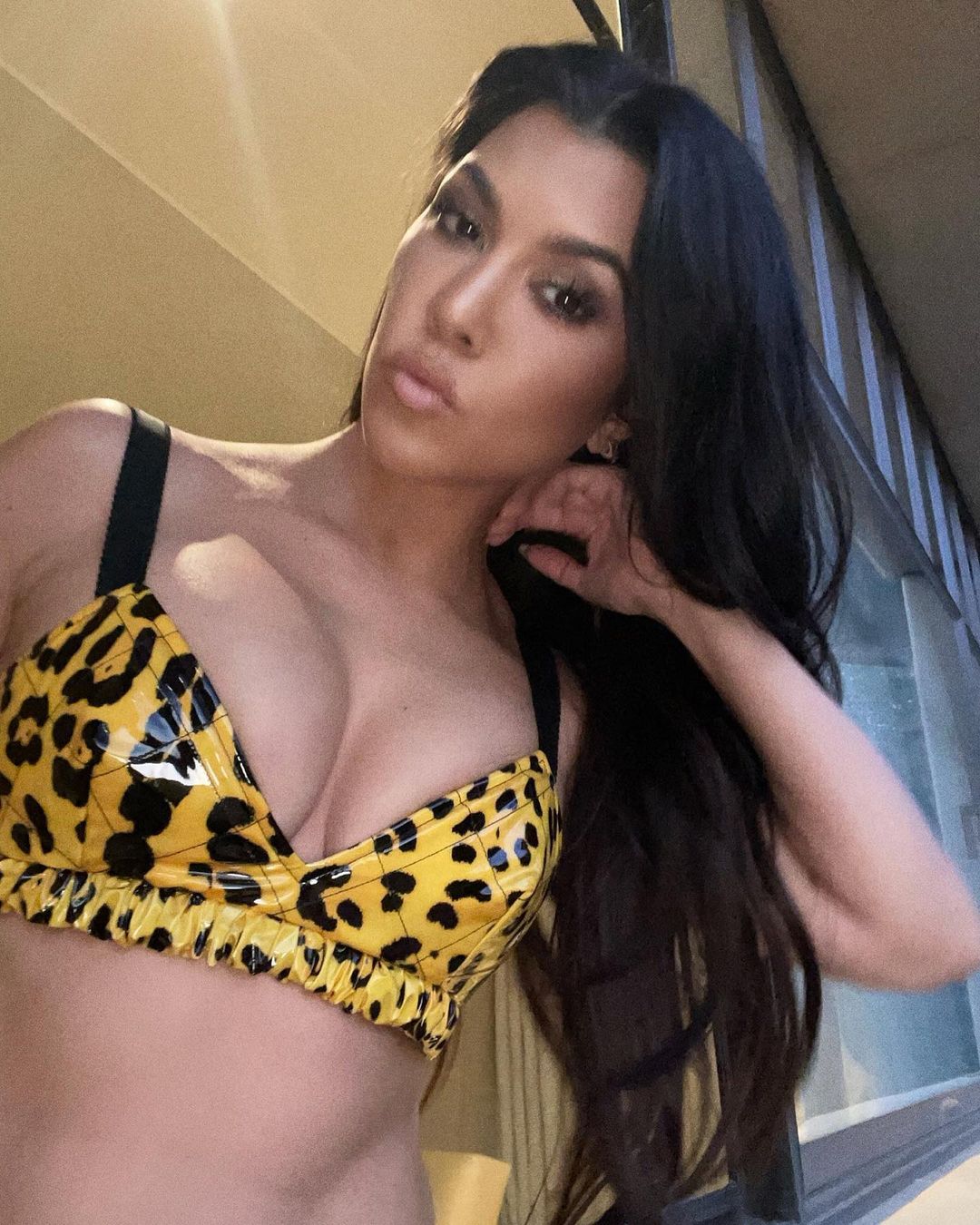 Kourtney took to Instagram on Tuesday to share a series of photos from her beach day with her two youngest kids.

In the first photo, the Keeping Up With the Kardashians alum stood at the edge of a pool with Reign.

The slides continued with a video showing off the empty beach, which was followed by a photo of Penelope enjoying popcorn as she was bundled up in an oversized blue sweatshirt.

The fourth photo captured the two kids running on the beach, while the slides concluded with a photo of a unique beach house.

Kourtney documented the family's day shortly after she was slammed for not spending enough time with her her oldest son.

Frankie Bridge wows in a pink bikini on Caribbean holiday

The drama began when the KUWTK alum went on a skiing trip with her rocker fiancé Travis Barker, 46.

In a post from the trip, Kourtney cozied up with Penelope and Reign in the beachside photos, along with Travis.

Fans wondered where Mason was for the occasion, as one person asked: "How come Mason is never with y'all? It's mostly Penelope and [sic] Regan," as they added a rolling eyes emoji.

Kourtney clapped back and responded: "Just because he's not in the photo, doesn't mean he's not with us."

The TV personality also corrected her son's name in the fan's comment, writing: "And it's Reign," with a smiley face emoji.

The mother of three insisted Mason was included on the trip as fans think she and Travis as expecting a baby together.

Kourtney has shared many clues that could point to a potential pregnancy since her relationship with Travis began.

Back in July, she shared photos of a peculiar snack of pickles, vegan butter, tangerines and sourdough bread.

She's been making strange meal choices for months, having previously indulged in a martini made of water.

Also over the summer, Kourtney was pictured eating sushi without fish, as she went for a vegetarian roll with avocado instead.

"I haven't eaten meat or fish in 7 months and I feel amazing," she wrote about the dinner choice at the time.

The KUWTK star has also opted for loose-fitting clothes on several occasions, and on one recent Disney trip wore baggy pink pants to conceal her belly.

The hints continued earlier this week when Kourtney covered her stomach in a loose top during her "first workout" of 2022.

She further fueled speculation by admitting she was keen to overhaul her diet and have a detox.

Most recently, Kourtney encouraged her fans to participate in "dry January."

While Kourtney shares three kids with Scott, Travis is the father to kids, Landon, 18, and Alabama, 16, with his ex Shanna Moakler. 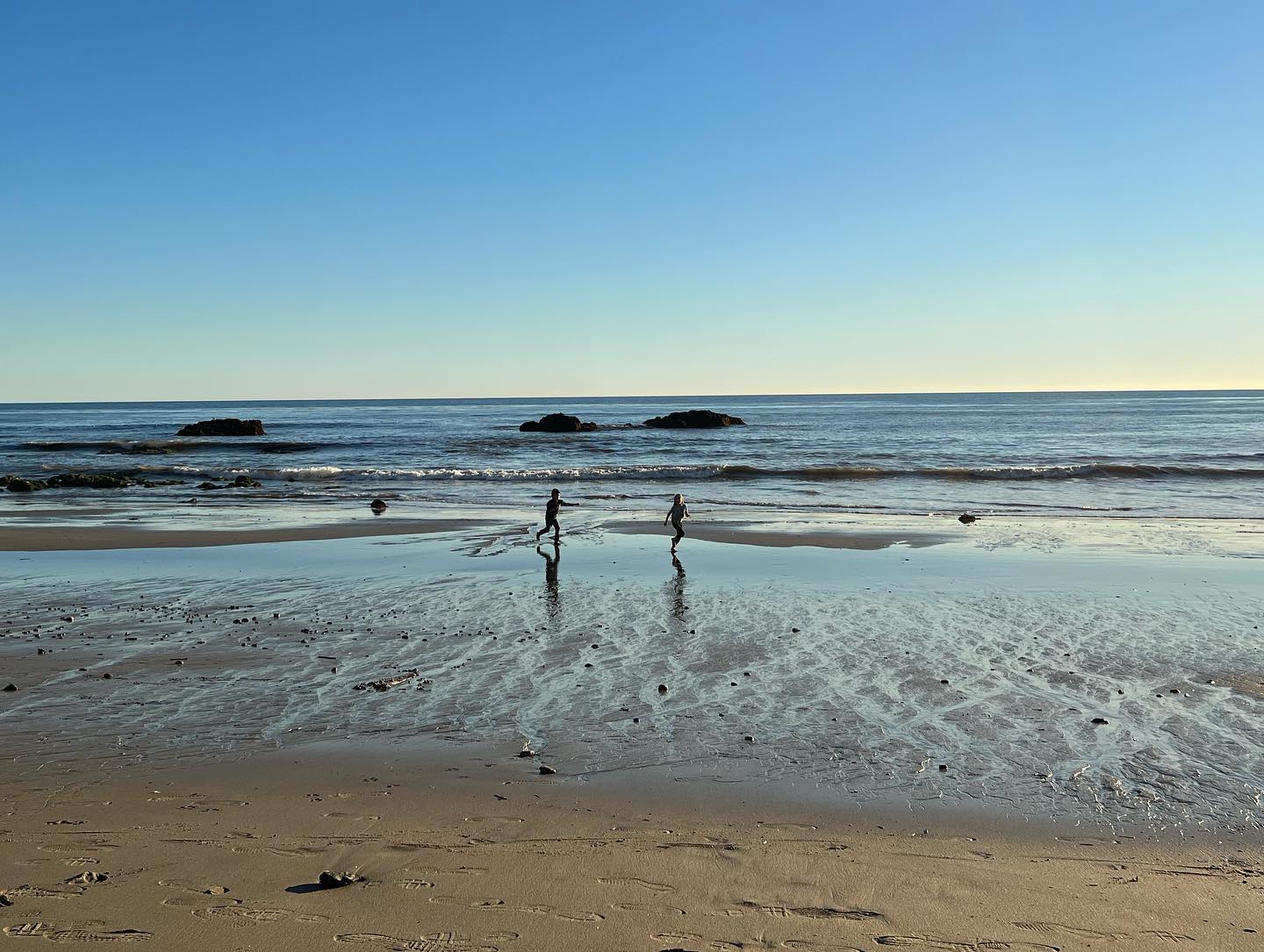 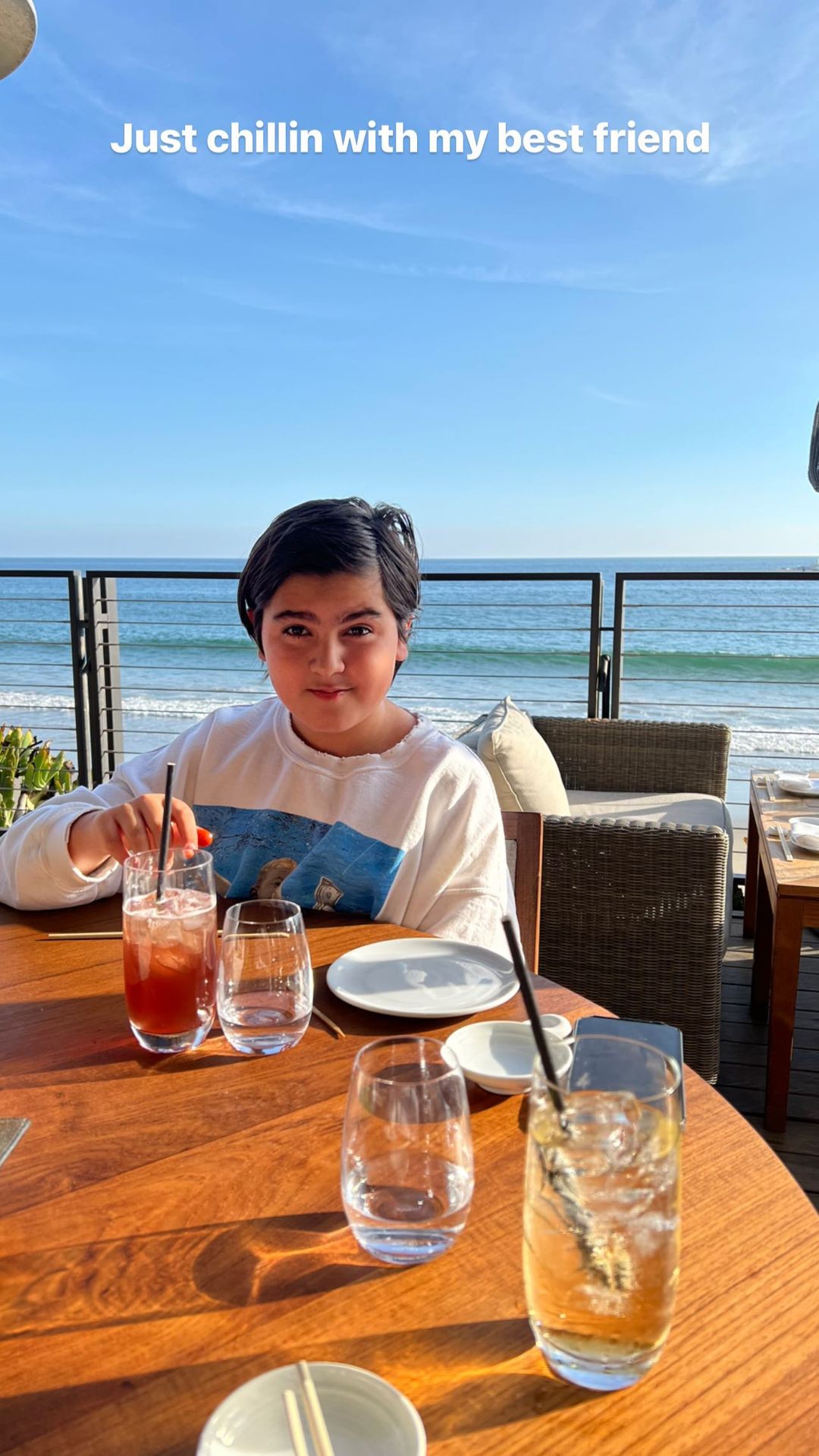 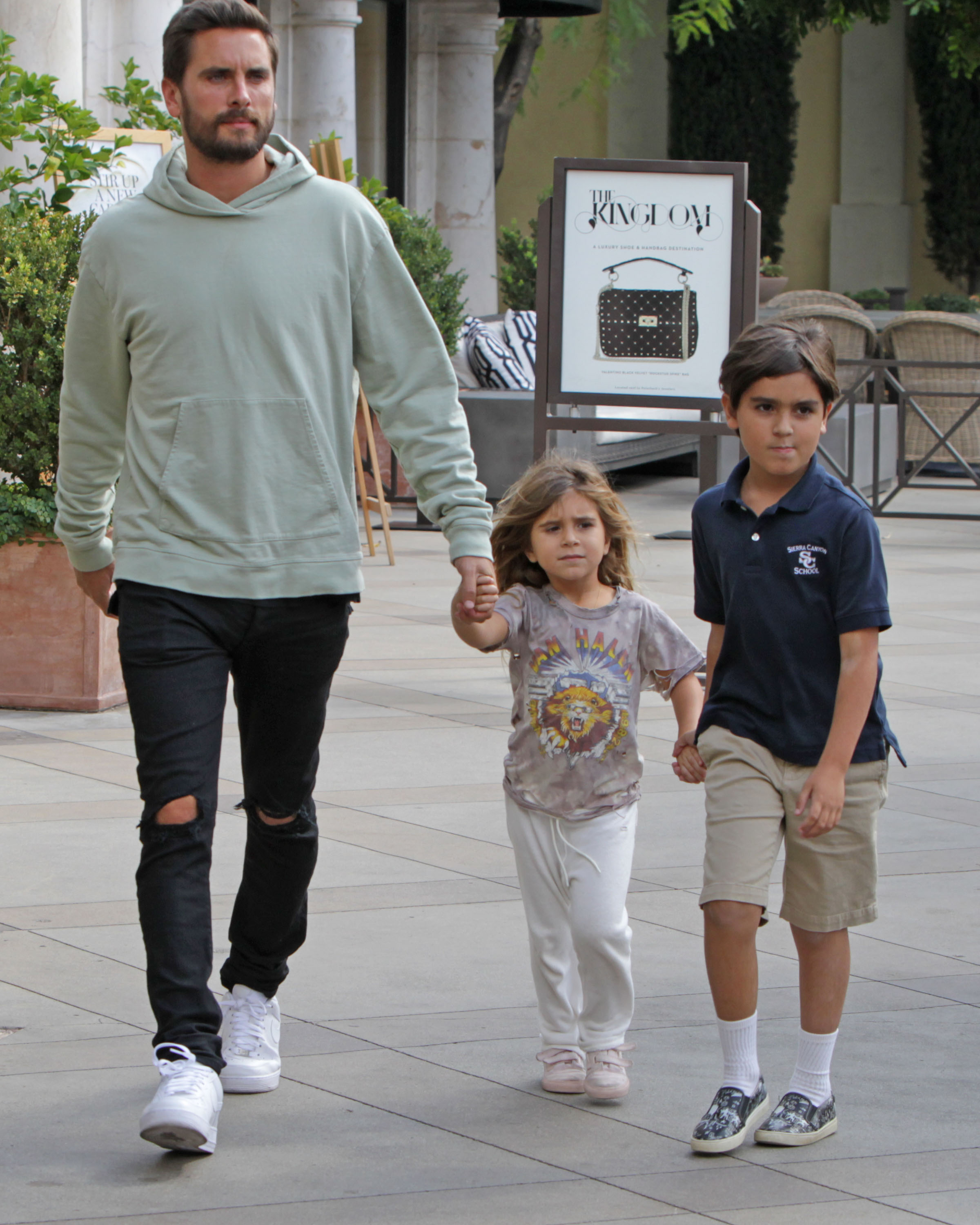 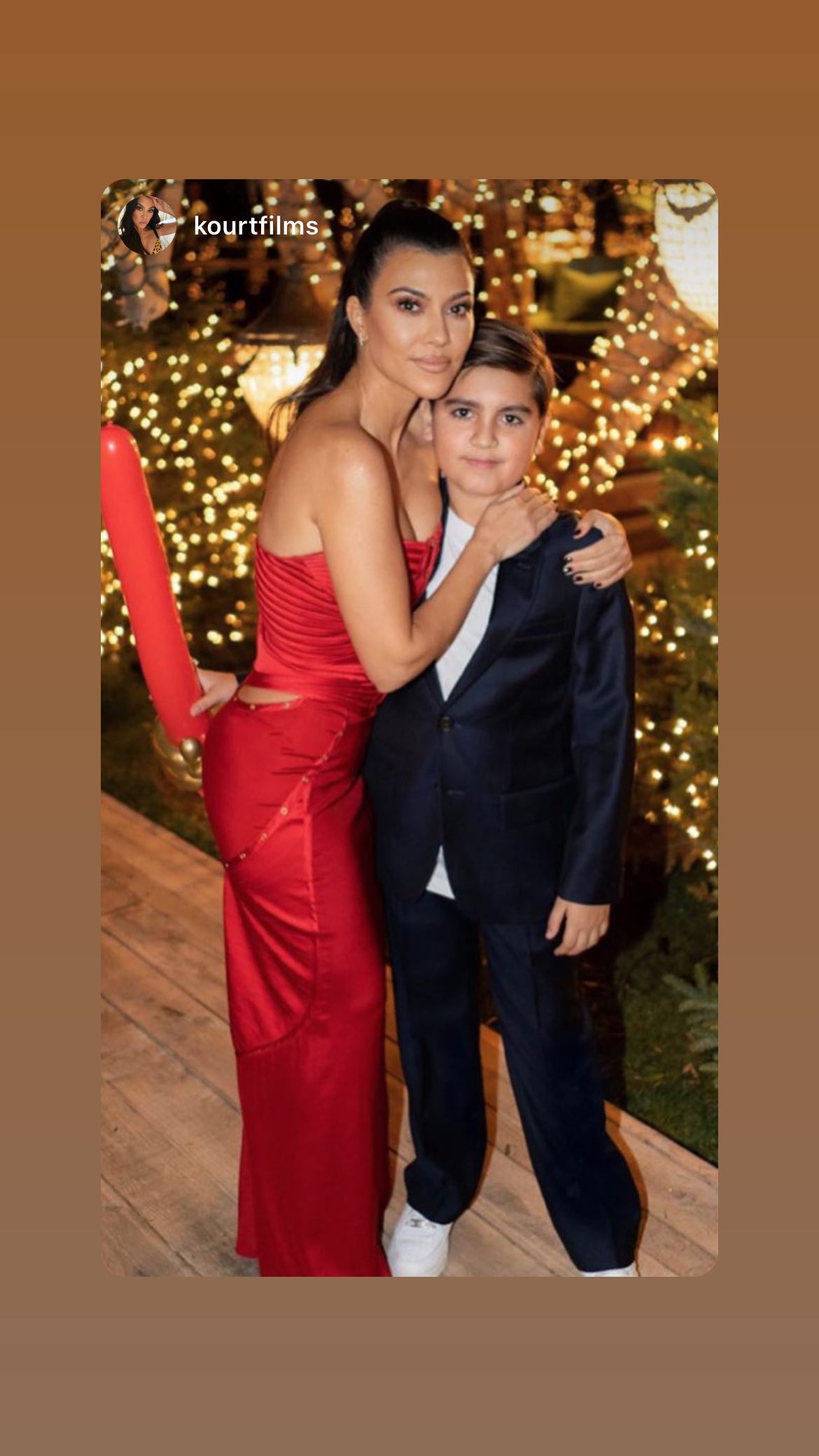 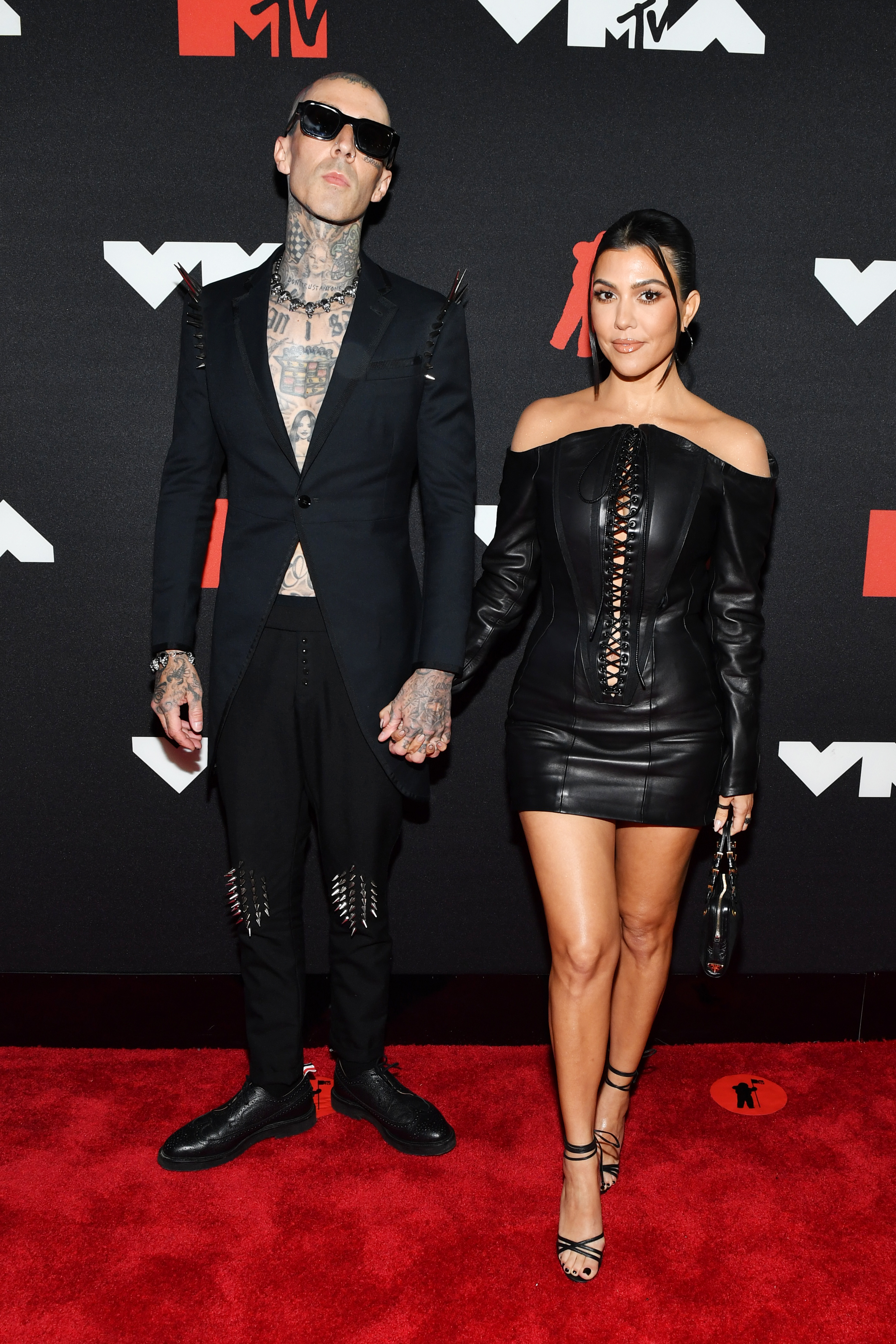