Liv Flaherty (Isobel Steele) is struggling to come to terms with the thought of a life behind bars for a crime she did not commit in Emmerdale.

The popular character, as viewers will know, was charged with the murder of Ben Tucker (Simon Lennon).

Ben, however, was actually killed by unhinged Meena Jutla (Paige Sandhu), who has claimed the lives of four people that we know of.

Liv, meanwhile, has come to believe that she will spend the rest of her life in prison, and – struggling with the thought of such a thing – she attempts to get her hands on some booze in upcoming scenes.

But things take a devastating turn, and she ends up the victim of a brutal assault, which leaves her in hospital.

Vinny (Bradley Johnson) pays her a visit, as seen in the above clip, taken from Tuesday’s (January 18) edition of the ITV serial drama. 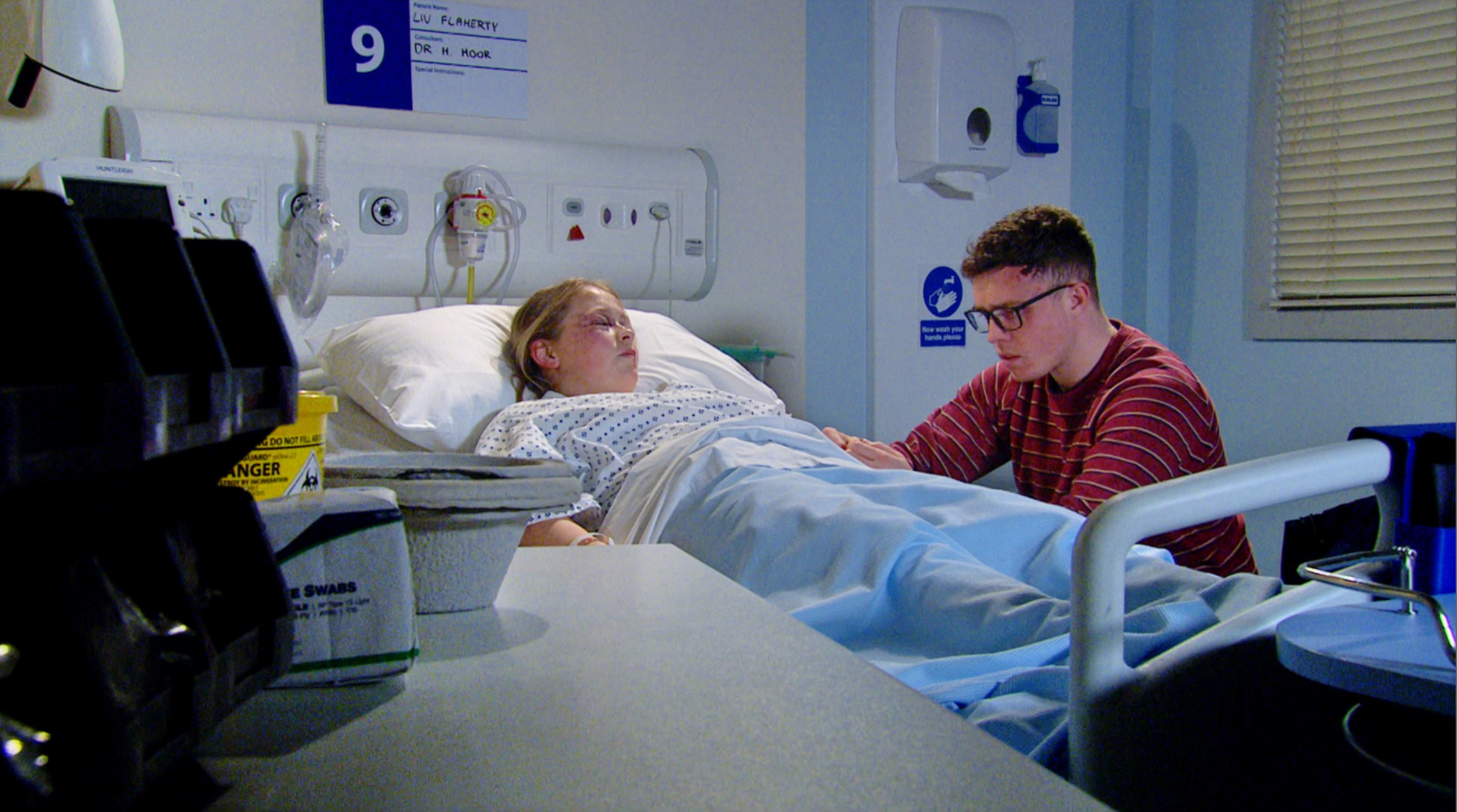 He asks what happened, reminding her that she was in a ‘right state’ when he left her on the previous day.

‘I should be made up, shouldn’t I?,’ she replies, sarcastically. ‘Just enjoying that I’m in prison. Where I’ve just learned I’m going to spend the rest of my life.

‘And I’m probably going to die inside!’

Liv, emotional, explains to Vinny why the attack took place, claiming that she pushed the other prisoner involved in the altercation ‘in to it’.

‘I’m just disappointed that this battering wasn’t enough to stop me waking up,’ she adds. ‘There’s always next time’.

Will Liv be freed? Or will Meena get away with her crimes, thus resulting in Liv ending up in prison for the rest of her life?

Emmerdale airs these scenes on Tuesday January 18 at 7pm on ITV.