Good Morning Britain saw Susanna Reid lead a discussion with three female Prime Ministers past and present about whether women make good leaders. Former Australian and Danish Prime Ministers Julia Gillard and Helle Thorning-Schmidt, and the current Prime Minister of Barbados, Mia Mottley were on-hand to speak out on whether they felt men needed women in a crisis – such as the current pandemic. After the segment had finished, Lorraine revealed she believed former Prime Minister, Theresa May, would have handled the situation better than Boris Johnson.

The three women spoke out on the interesting topic this morning, which led to a scathing remark from Lorraine moments later.

Referring to a GMB poll which asked “Do women make better leaders than men?” Ben Shephard remarked: “I can tell you 62 percent say yes they do. 14,000 have voted, 38 percent say no.”

Lorraine replied: “I think so.” 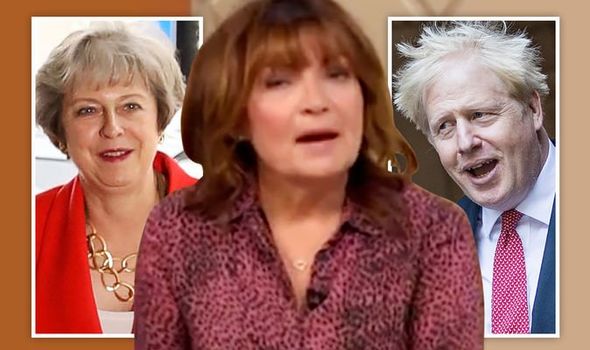 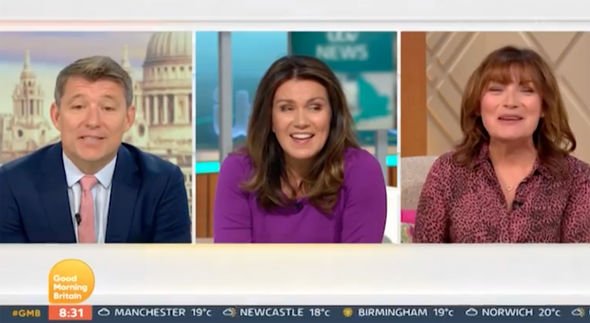 “Would Theresa May have handled this better than Boris Johnson?” Susanna continued.

The TV presenter answered: “I think she might. Yeah, yes, I do. I was going to be diplomatic but I’m not going to.”

“Well the former Prime Minister of Denmark said anyone would have handled it better than him,” Ben chipped in.

Lorraine agreed: “She did! A very astute woman. Interesting poll as well. Do let us know what you think because it is very interesting the different styles of leadership that you need for different crises.” 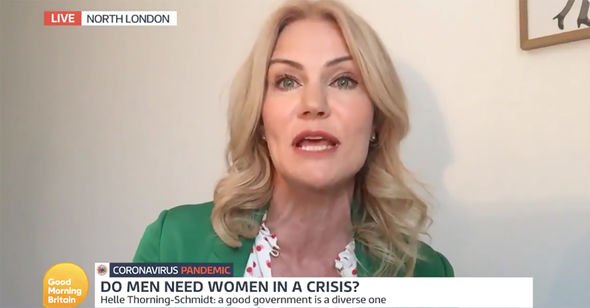 “But is it specifically because you’re a woman?” Susanna asked. “I say this because it’s almost as if women can say this.

“But if a man says you’re caring and soft and knows how to manage a household budget then it becomes a completely different proposition.”

Lorraine added: “I think it comes down to listening though and taking people, and giving people the chance to do their job.

It came after the three guests had given their own verdicts on the topic on the breakfast show.

Mottley commented: “As I said, I think history is how women operate in terms of being caring. In many instances, we treat issues how we would treat households and families.

Referring more specifically to the virus, she added: “In many of these instances, it is behavioural change needed in order to contain the spread of the virus and contain how we treat people.”

Former Danish Prime Minister, Helle Thorning-Schmidt had earlier admitted she believed Mr Johnson’s predecessor would have been better looking after the current situation.

“I actually think Theresa May would have handled it better than Boris Johnson,” she told the hosts.

“I have to say it’s not that hard to handle it better than him, almost anyone could have done it – but that’s a side remark.”

Thorning-Schmidt continued: “I think these kinds of decisions you take in a crisis have to be firm, hard but have to be also based on empathy and really understanding people’s worries and fears in a pandemic like this.”

Lorraine airs weekdays on ITV at 9am.