Plenty of Love Island 2021 fans were left underwhelmed by the recent reunion, which saw Laura Whitmore chat to the islanders about the chaotic series.

Despite only being in the villa for a few days, islander Georgia Townend has become a bit of an icon and gave us all what we needed when she took the opportunity to grill her fellow stars at Liberty Poole’s birthday bash.

And she didn’t hold back.

Dubbing the reunion ‘boring’, Georgia went on to chat to the likes of Hugo Hammond, Brad McClelland, Amy Day, Brett Staniland, and Aaron Simpson to get the goss.

Amy says she stands by her shady comments to Hugo

Since Amy and Hugo left the villa together, and he dubbed his love-life ‘tragic’ when she was standing right next to him, it’s safe to say things have been tense.

She didn’t hold back during an episode of Aftersun, accusing him of being ‘fake’, while he said she used him as a ‘green card’ to get into the villa.

Chatting to Georgia, Amy said: ‘I definitely stand by everything that I said, it was all raw emotion and really, really real.

‘I felt completely led on and I had no closure. So left in the dark!’

Hugo says the situation with Amy and AJ is ‘sad’ 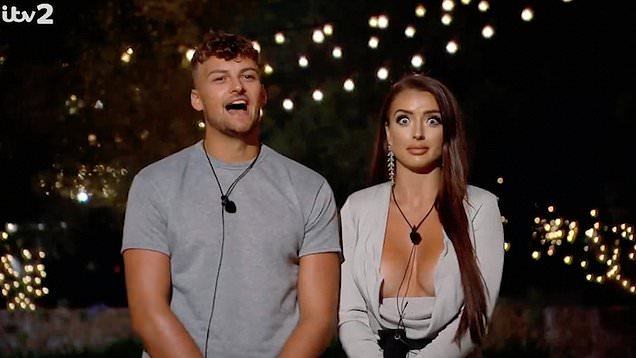 Hugo, however, still seems like he wants to forge a friendship with Amy and fellow cast mate AJ Bunker.

Erm, best of luck with that.

‘For me it’s just a massive shame because I genuinely don’t have a bad word to say about the girls and it’s just a shame that they keep bringing me up in the press and what not,’ he said.

‘It’s just sad that it’s got this far now. I don’t have a problem with them and I wish them all the best.’

Things got a little awkward for Casa Amor bombshell Lillie Haynes when it was brought up that she was pictured with footballer Jack Grealish.

Fans weren’t impressed at the question, as Jack is happily loved up with girlfriend Sasha Attwood.

And Jack Barlow, who’s been getting to know Lillie, felt the same, as he said: ‘It wasn’t ideal but it’s one of those situations that I expected, but there’s nothing I can do is there?

Brett said he was ‘pigeon-holed’ into getting to know Priya

Despite a promising start, Brett Staniland and Priya Gopaldas were not exactly a match made in heaven.

Fans were left confused at why the pair were brought in as bombshells so late in the series, when the other couples were strong – and Brett seems to agree.

He told Georgia: ‘It was hard because the other couples were so strong.

‘If there was a public vote, we didn’t ever feel like we were going to win and I was really pigeon-holed into who I could get with. So it had to be Priya, pretty much, because there was no one else to go for.’

Love Island is available to stream on ITV Hub.