LOVE Island's Cara De La Hoyde has stripped down to her underwear for a sexy shoot just nine days after giving birth.

The mum-of-two, 30, took some candid selfies on the set of her latest project and fans and friends were blown away. 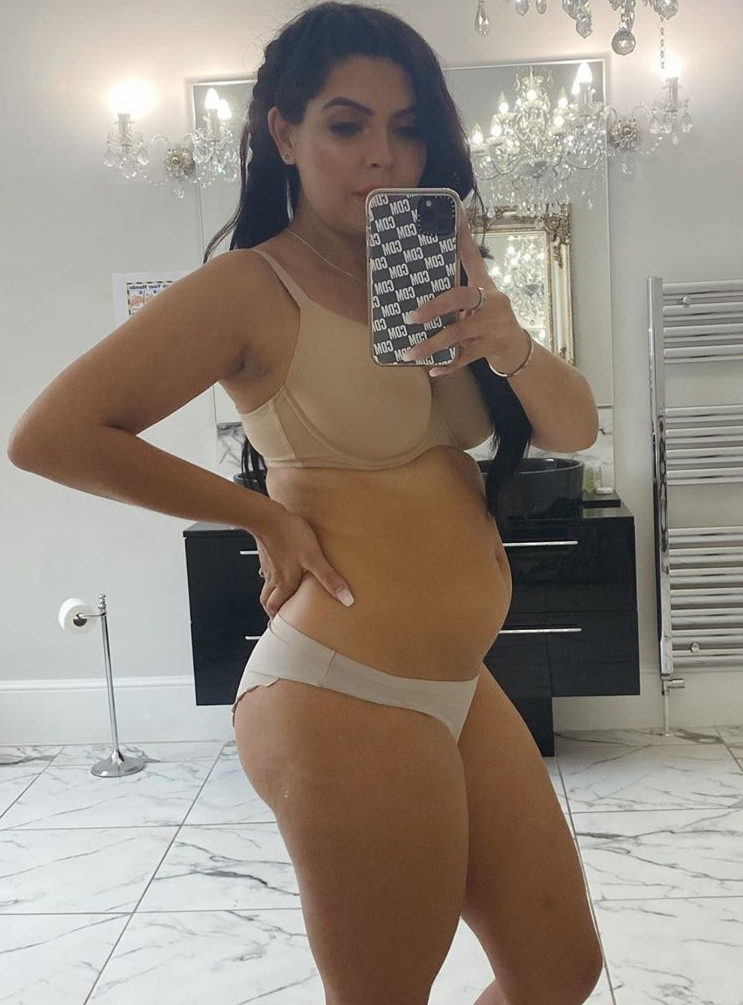 Taking a series of mirror shots from a variety of angles inside a lavish bathroom, Cara displayed her body confidence.

They were a big hit and sparked an outpouring of positive comments. 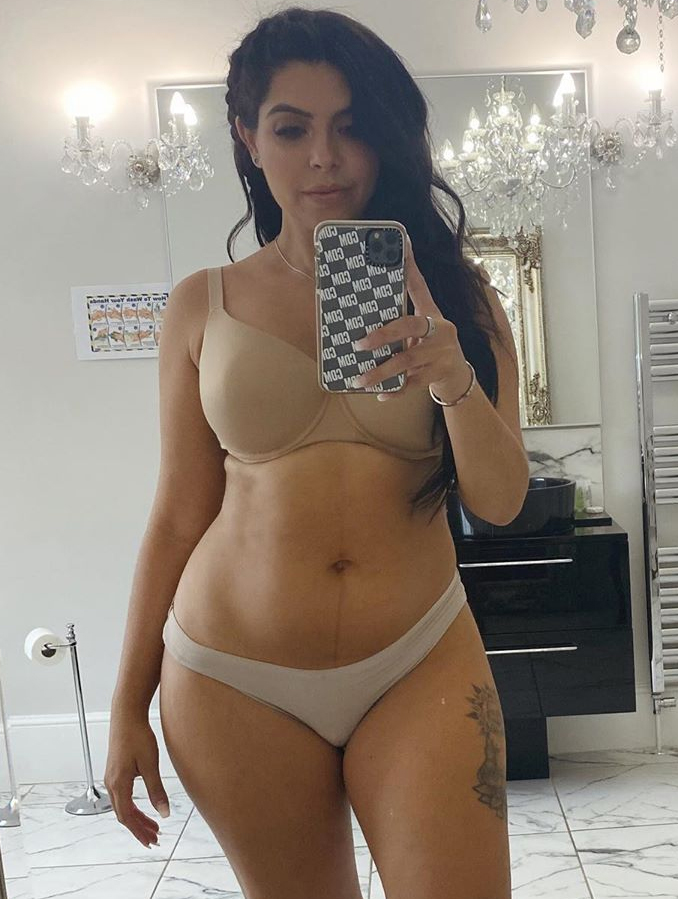 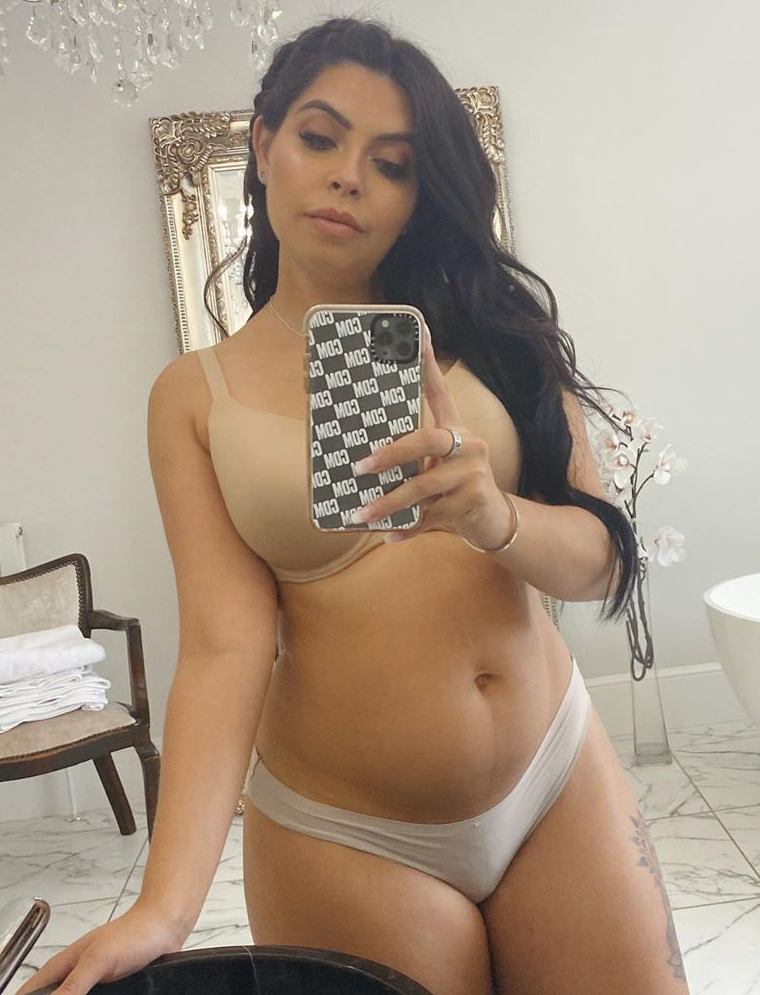 The reality star was rushed to hospital to be induced after being diagnosed with pre eclampsia. 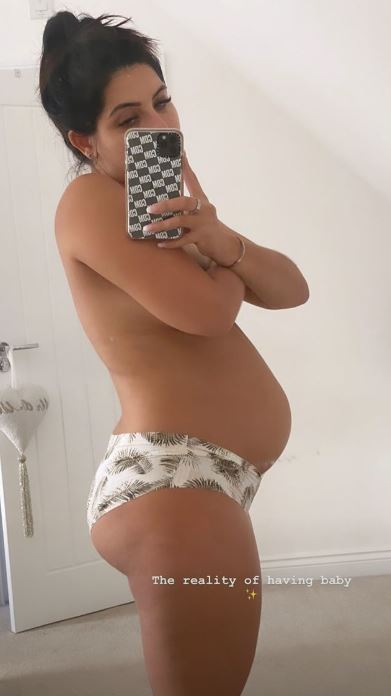 The Sun Online revealed Cara gave birth to her first daughter on the morning of July 28.

Just one day after giving birth, Cara shared a topless selfie of herself showing the "reality" of a post-partum body.

In the honest pic, Cara is standing side on in white pants, with tropical leaf print and is covering her breasts with her arm.

Her hair was tied up in a messy bun and her belly popped out. 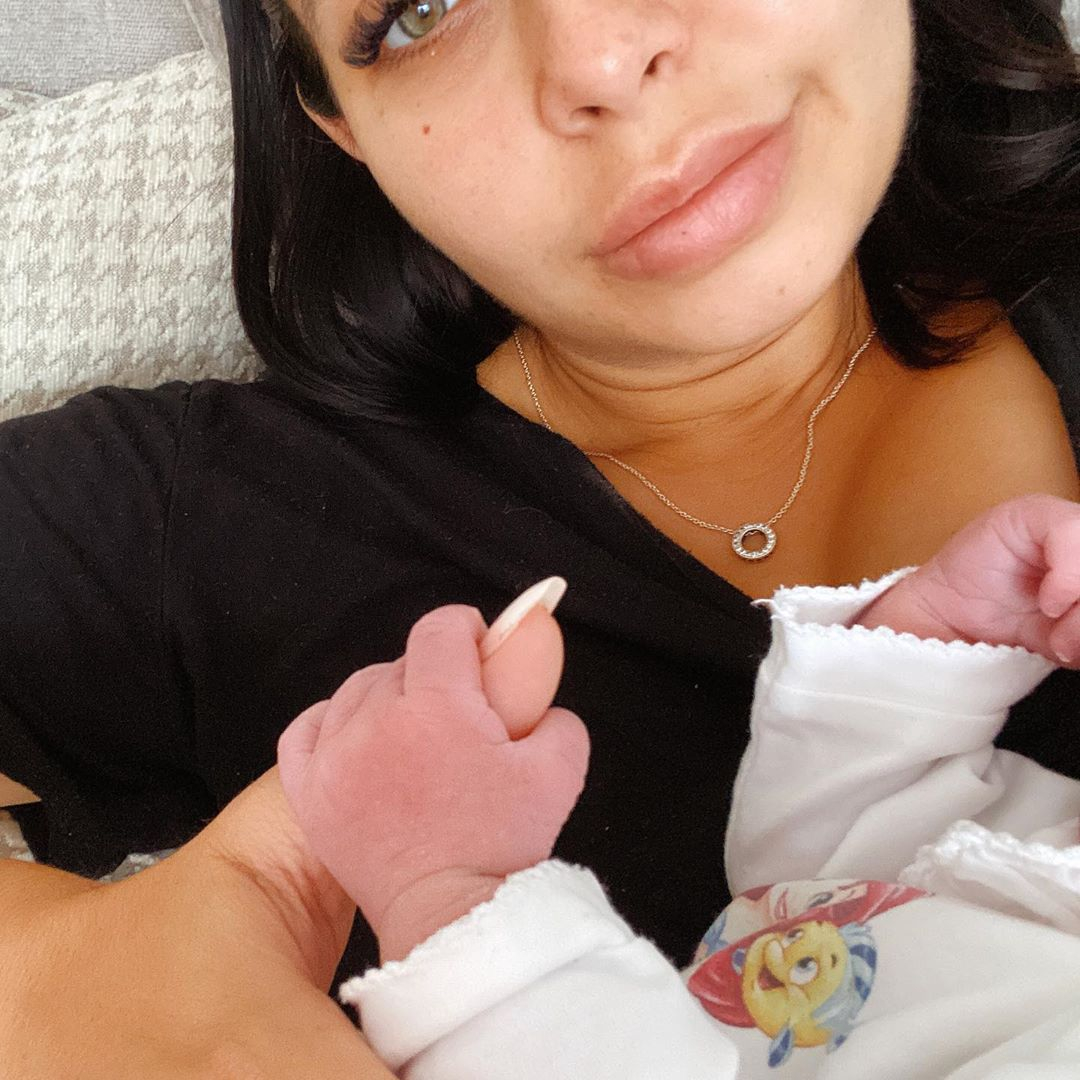 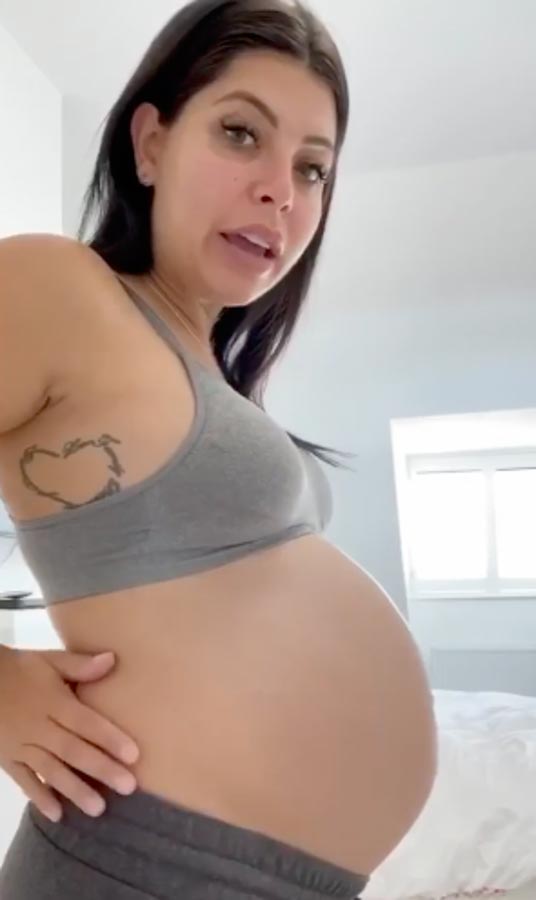 New mothers often will have a post-partum bump for days and even weeks after giving birth.

It's caused by weight gain during pregnancy, hormones and from the abdominal muscles and connective tissue stretching to make room for the baby growing inside their bellies. 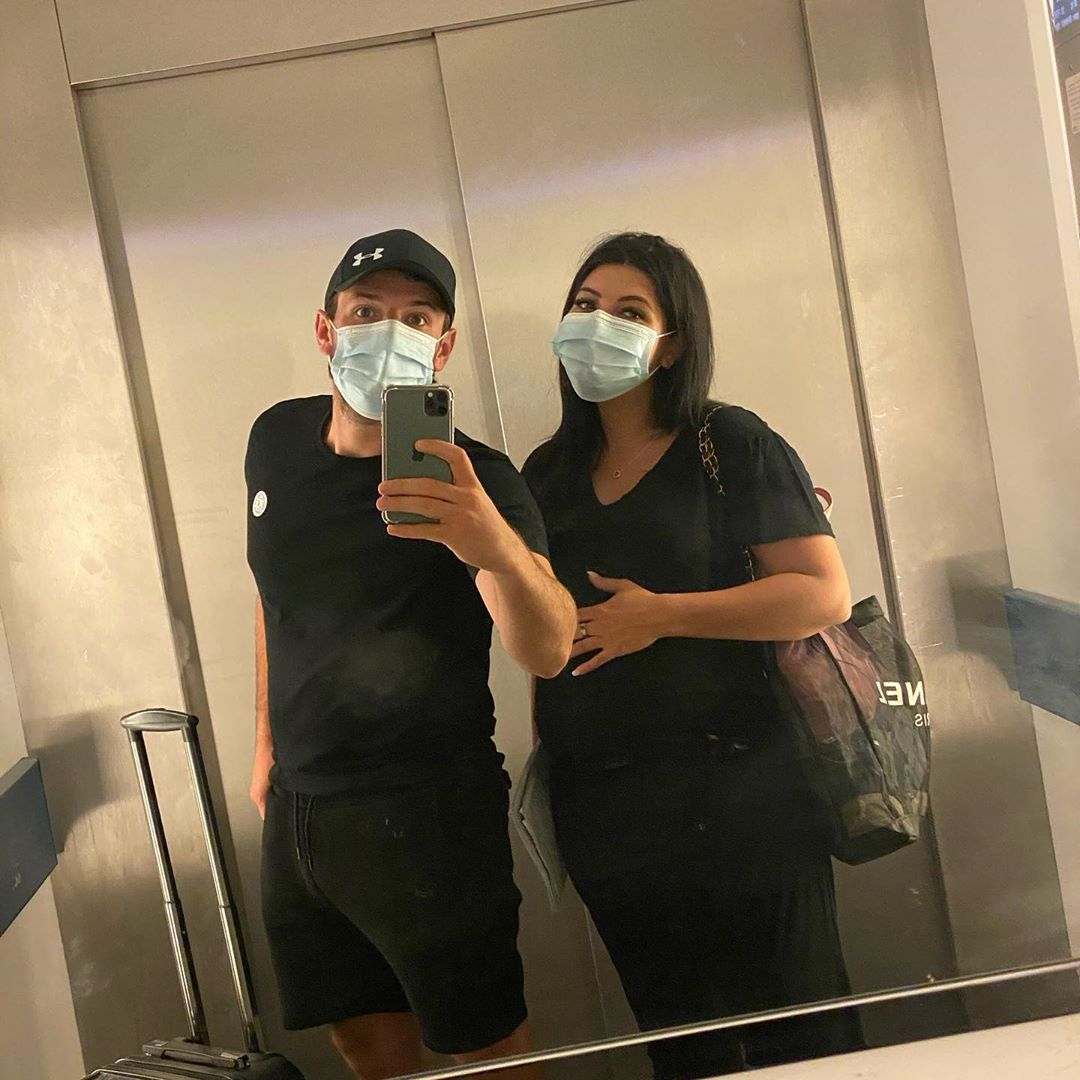 Cara and husband Nathan Massey met on the second series of Love Island in 2016, which they went on to win.

They split the following year – just a month before Cara revealed that she was pregnant with their first child, two-year-old son Freddie-George.

The couple soon reunited and married in July 2019, before revealing they were pregnant with their second in March this year.