Love Island 2019 viewers were in meltdown tonight as a preview for tomorrow night’s programme showed Curtis Pritchard and Amy enjoy a night together in the Hideaway.

ITV viewers have even speculated that the pair will be the first to have sex as they were spotted getting under the sheets together.

One viewer wrote: “Oh my God, are Curtis and Amy gonna do the deed tomorrow?”

While another added: “Curtis and Amy in the Hideaway, oh my God yes my heart.”

A third chimed in: “Amy and Curtis are going to the Hideaway I’m going to scream.”

While a fourth added: “I hope Curtis shows Amy the eagle!”

Despite this, some fans had doubts. 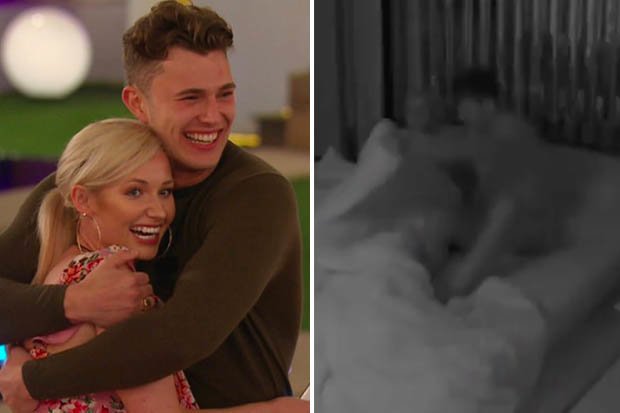 The pair head to the Hideaway after being nominated by their fellow islanders.

Things have been hotting up between the couple, with them sharing a passionate make-out session tonight.

We can’t wait to know what actually goes down between the pair.