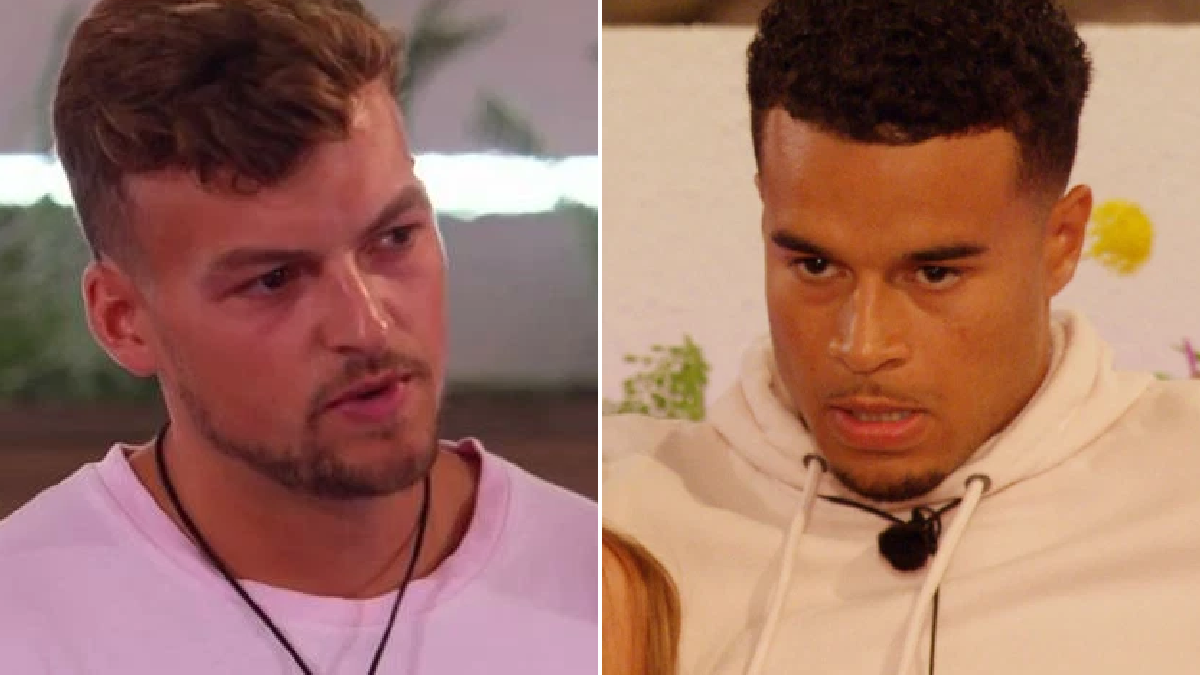 Love Island just aired its most dramatic episode of the 2021 series so far and it’s all thanks to Hugo Hammond’s savage recoupling speech after Toby Aromolaran partnered with new bombshell Abigail Rawlings.

Chloe Burrows had been in a pair with Toby, however, he opted to call time on their romance after Abigail’s arrival sparked tension between them.

After Toby saved Abigail during the dumping, Hugo was the last boy standing and had to choose between saving Chloe or newcomer Georgia Townsend, who he’d just ended things with.

Announcing his decision, Hugo said: ‘I would like to couple up with this girl because not only is she out of this world beautiful, she’s super intelligent, she’s funny and whenever I’m with her, I’m definitely at my happiest.

‘If I’m completely honest, she doesn’t deserve to be treated how she has been in these last 24 hours and I firmly believe that a lot of this test stuff is complete bullsh*t.’

He continued: ‘You deserve someone who’s honest and communicates with you and who knows what could happen in respect of things to come.’

The fellow islanders were left completely stunned by the antics, with Faye Winter mouthing that Hugo’s speech was ‘rude’.

Viewers were aghast by the scenes at hand, with one branding it the ‘best episode ever’.

All things aside that was INCREDIBLE reality TV. This is why you have to stick with Love Island and invest even when itâs dragging. Itâs these must see moments that make it all pay off #LoveIsland

Omg thereâs so much to look forward to
FAYE, that girl is gunna go nuts at Hugo
I could hear it brewing already ðð #loveisland

Nah that was a chaotic 3 minutes and I want to applaud whoever the producer is that gave Hugo a protein shake and encouraged him to deliver that beautiful 2-piece combo.

Save your girl and diss you in the process? #LoveIsland pic.twitter.com/MkdWLBg66O

the love island producers have been hearing us. this was the best episode ever #loveIsland pic.twitter.com/XMAD10TYYR

‘All things aside that was INCREDIBLE reality TV,’ one enthused. ‘This is why you have to stick with Love Island and invest even when it’s dragging. It’s these must-see moments that make it all pay off.’

Viewers will have to stay tuned to see the inevitable fall out from the dumping play out tomorrow night.

Grab a bag of popcorn guys, because things are about to get juicy.

Love Island continues on Friday at 9pm on ITV2.