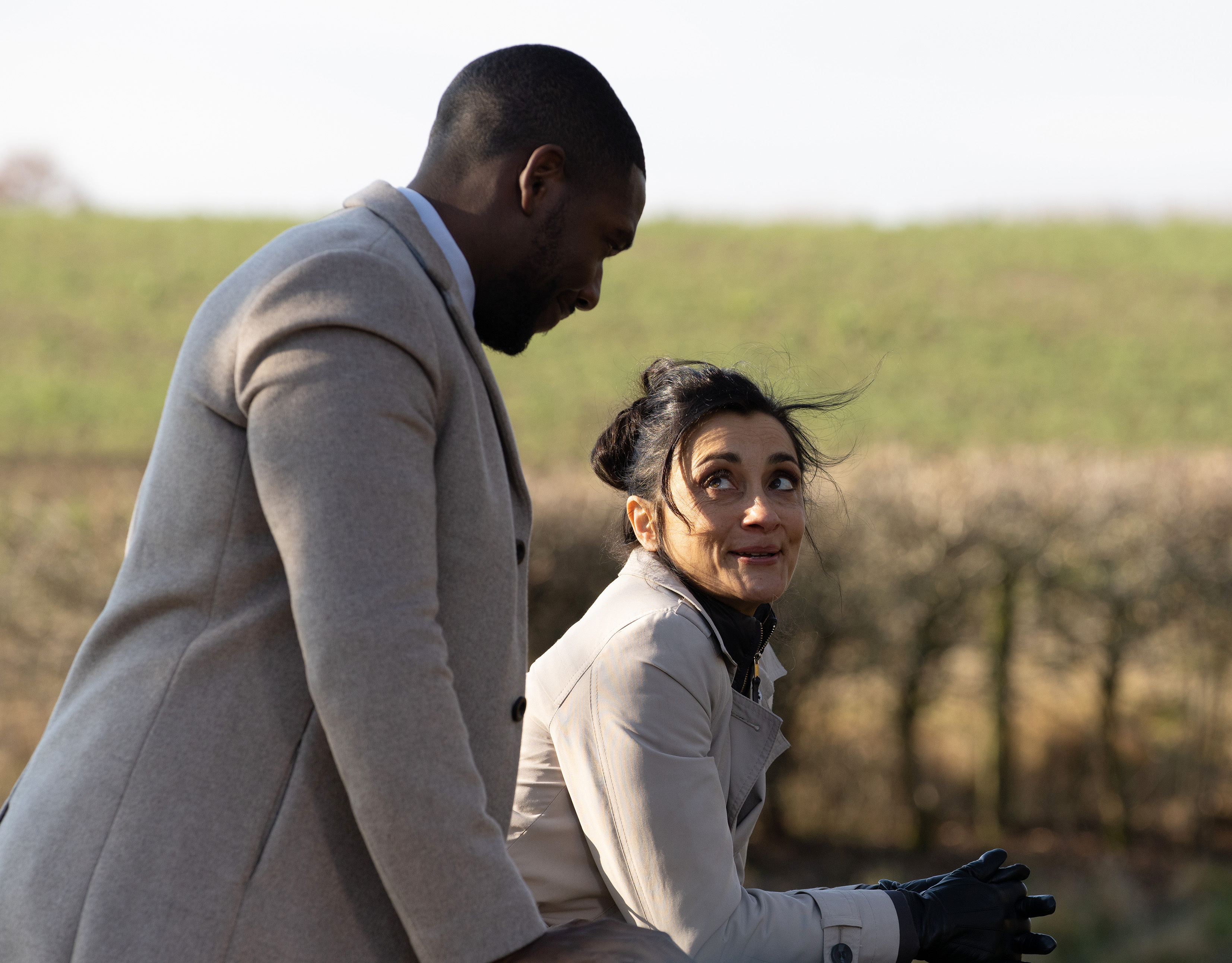 Manpreet (Rebecca Sarker)’s nerves are in shreds as she contemplates facing her sister Meena (Paige Sandhu) in court in tonight’s Emmerdale. The knowledge that she carries the full weight of the prosecution’s case on her shoulders, and that Liam (Jonny McPherson) and others are relying on her, hangs heavily on her shoulders.

So when she hears that Wendy (Susan Cookson) has been called as a character witness for Meena’s defence it comes as a huge shock. Manpreet is obviously playing some sinister game, but how is she planning to use Wendy to testify against her own colleagues and friends?

Wendy is worried about what she might be asked and Ethan (Emile John) tries to reassure her it’s fairly standard procedure – but we know nothing is standard with Meena. Wendy worries whether people will think she’s on Meena’s side, and what that might mean for her reputation.

She would dearly love to be able to get out of appearing in court at all, but Manpreet reminds her that both of them could be charged with contempt of court if they refused to appear.

Manpreet decides she needs to do everything she can to get ready for the onslaught from the defence’s interrogation and she enlists Ethan to help her prepare for the pressure of the questioning she’ll come under in court. In the park they role play what might happen when Manpreet testifies. At first she’s fairly confident and is sure the jury will believe whatever she says, but as Ethan starts to get deeper into the sorts of questions she might be asked, Manpreet starts to crumble.

Appearing in court is going to be far, far harder than she thought.