MARK Wright has posed for a topless post-gym selfie after banning Olly Murs from his house.

The 33-year-old presenter likes to keep in shape and regularly shares his workouts on his social media to encourage his followers to stay fit and healthy. 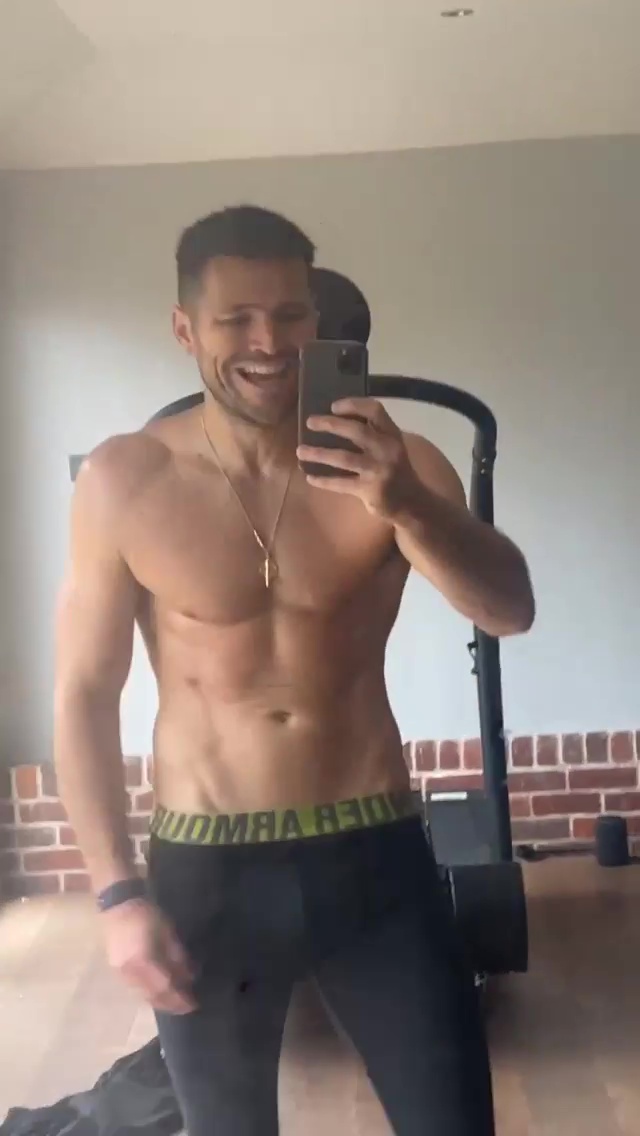 Today, Mark posed topless in a pair of tight black exercise trousers as he showed off his impressive six pack.

Mark had been working out in his home gym, and shot himself in the mirror so fans could see his progress.

Delighting them even further, he then gave them a glimpse of his muscular arms as he flexed for the camera.

Mark's fitness workout comes after he posted a funny video of him banning pal Olly from his house this Christmas. 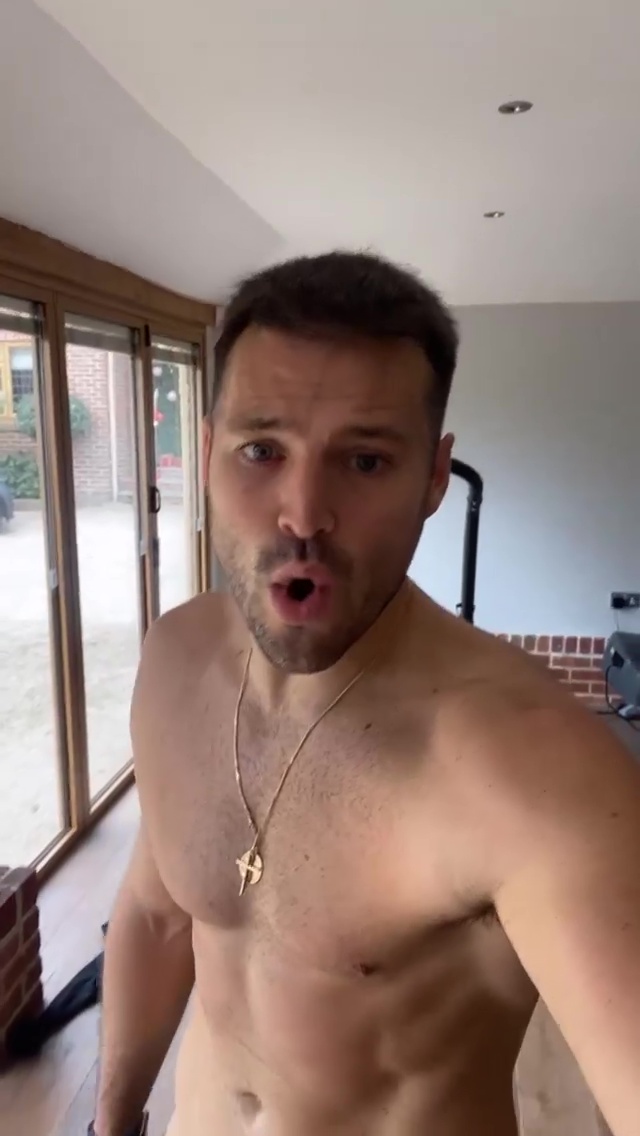 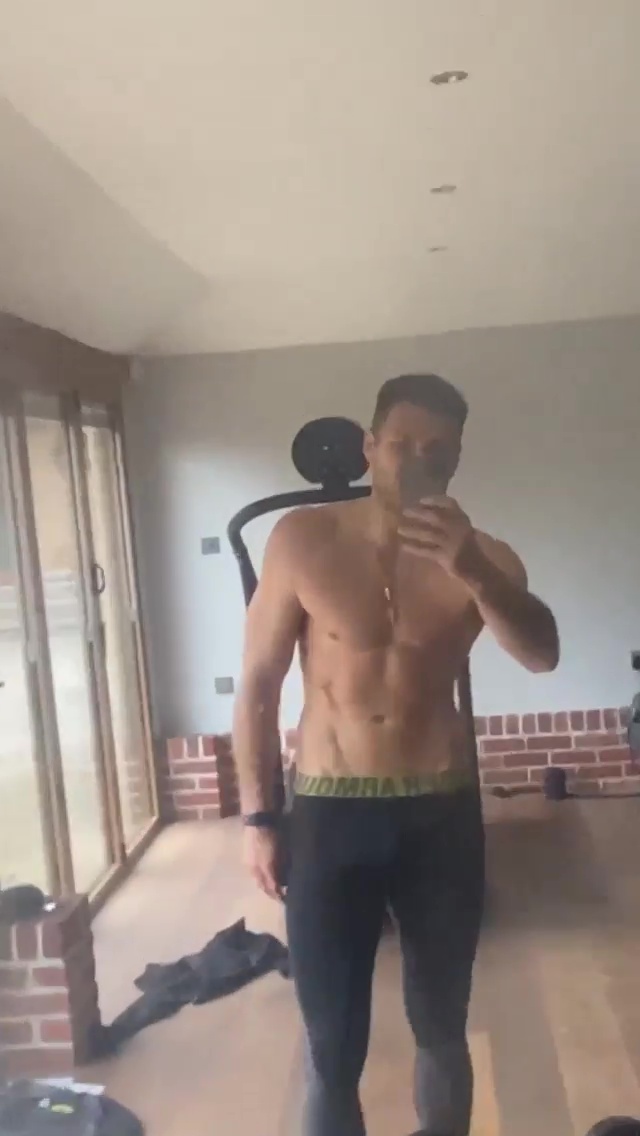 Earlier this week, the pair filming a video in the style of last year's Gavin and Stacey festive special.

Olly, 36, is seen knocking at Mark's door, which is surrounded by elaborate Christmas decorations.

Looking pleased to see his friend, Mark, 33, touches elbows with Olly, who is wearing a bold Christmas jumper and says "two metres and all that, Merry Christmas!"

As Elton John's Step Into Christmas plays in the background, Olly offers Mark a beer, and he replies: "You can keep the Corona mate, know what I'm saying, I'll have the Heineken. Hope you've washed your hands! 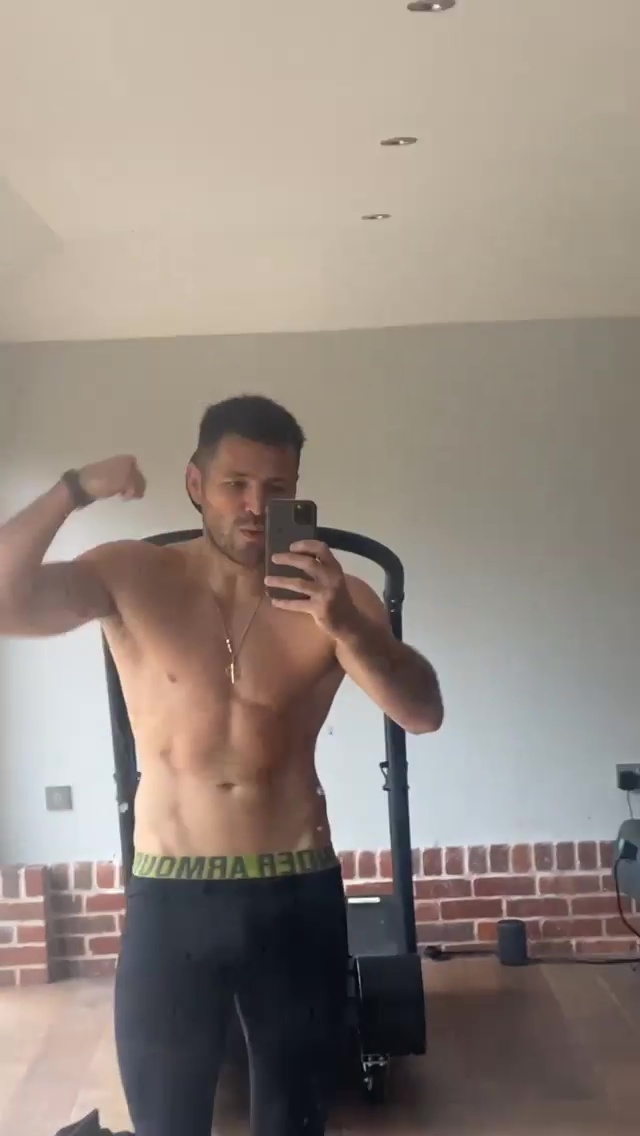 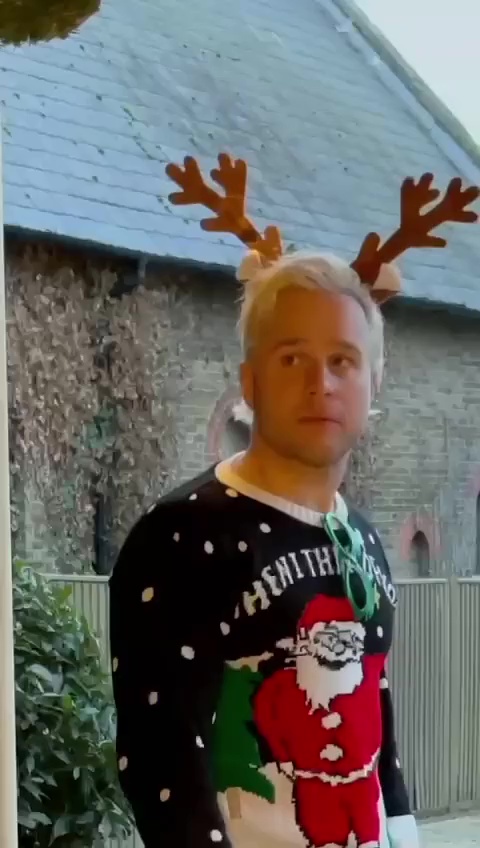 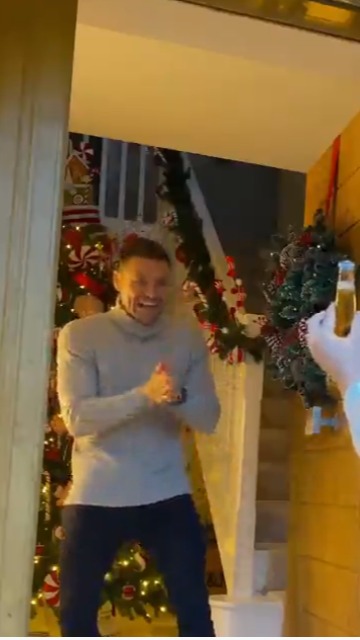 "Well done for bringing the beers round and getting them in, I could murder one."

Olly replies: "Does that mean Wrighty you're asking me to 'step in'?"

As he starts singing the Elton John track he steps forward but Mark quickly puts a stop to it, and as the music cuts off abruptly he says: "Mursy you can't this year, you know, Corona and that."

Olly says: "But Boris says you can have three people from different households at Christmas, so I've picked you." 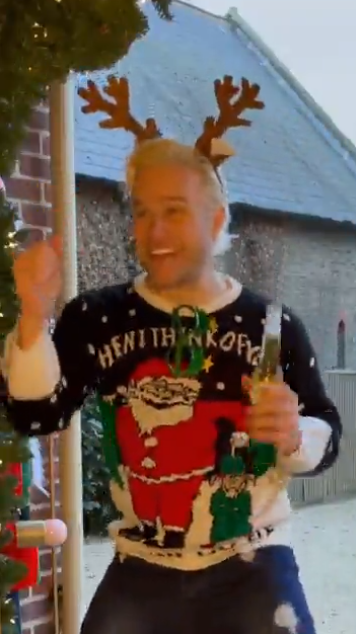 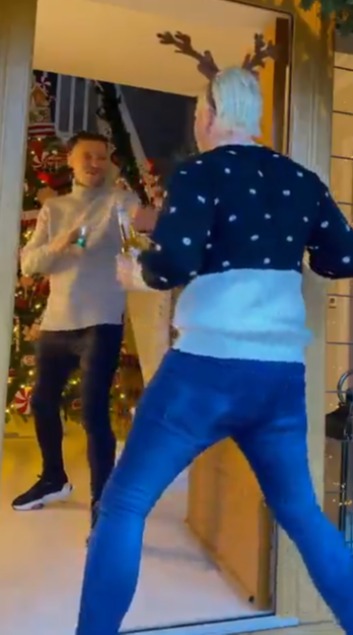 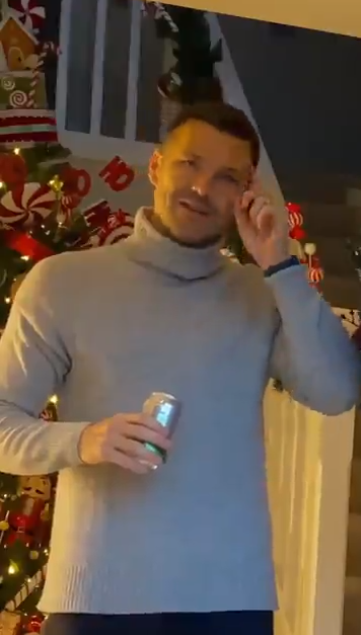 Looking awkward, Mark says: "Yeah but I haven't managed to pick you, I've got a big family mate."

As Olly looks dejected, Lonely This Christmas starts playing and he says: "Yeah I just thought… maybe you'd pick me."

Standing in the doorway with a large Christmas tree behind him, Mark tells his pal: "I love you, you know that, but there's a light at the end of the tunnel, next year there'll be none of this, and we'll all be together at Christmas."

A dejected Olly then starts to walk away, and says: "Have a lovely Christmas, give love to the family."