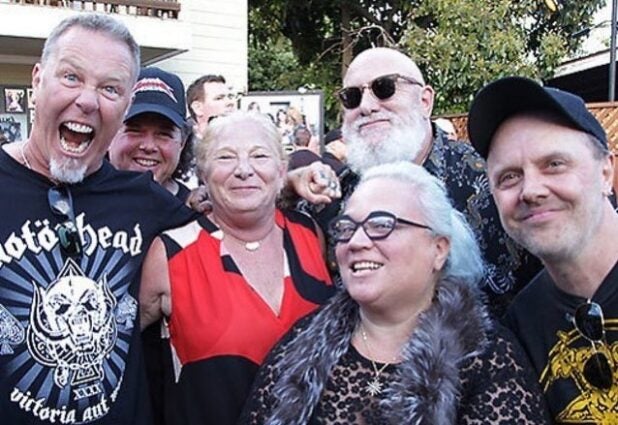 Marsha Zazula, the co-founder of Metallica’s first record label Megaforce Records, died of cancer this weekend, the company announced. She was 68.

“The world of music owes a debt of gratitude to Marsha Zazula, who along with her husband Jon gave birth to some of the most musically significant artists,” the label said in a statement on Twitter. “Marsha was one of a kind, and taught the world to be fiercely independent. Megaforce and our artists will never forget her. In our hearts she will always be a guiding force.”

Megaforce Records played a major factor in the rise of thrash metal in the 1980s, releasing debut albums from many of the genre’s biggest stars. The most famous of those albums was Metallica’s “Kill ‘Em All,” which was released by the label in 1983 and started the San Francisco band’s journey to becoming the biggest metal band in the world. Other landmark albums released by Megaforce include Anthrax’s “Among the Living,” Ace Frehley’s first post-KISS album “Frehley’s Comet,” and Testament’s “The New Order.”

Zazula started Megaforce with her husband, Jon, as a New Jersey record store that quickly became popular among local metalheads as a way to get albums like Iron Maiden’s “The Number of the Beast” and other imports from Great Britain. This soon expanded to promotion of local metal shows, which earned them national underground notoriety as a place for aspiring bands to send demo tapes.

Among those tapes was Metallica’s “No Life Til Leather,” which the Zazulas were so impressed by that they spent nearly all of their savings to turn Megaforce into a record label and produce the band’s debut album. But the recording didn’t come without conflict, as Jon Zazula did not want to name the album “Metal Up Your Ass” after the live demo tape from which most of the songs came from out of fear that the title would scare off record distributors. When vocalist/bassist Cliff Burton grumbled “Those record company f—ers … kill ‘em all!”, it inspired the band to use his outburst for the album’s name.

While Jon Zazula — called “Jonny Z” by metal stars — became the face of the label, he said that Megaforce wouldn’t have been a success without Marsha, praising her frequently in interviews and his 2019 memoir “Heavy Tales: The Metal, The Music, The Madness” for her business sense and her ability to deal with both his wild behavior and those of the rock stars they signed to their label.

“Marsha put up with all my crap, number one. Marsha just let me do what I had to do and instead of complaining, she was right at my side doing it with me when I didn’t know the answer to one of those impossible questions where you have to put a square peg in a round hole somehow,” he said in an interview on Full Metal Jackie. “Marsha knew the answer when I didn’t and that went on for 30 some odd years.”

In addition to her husband, Zazula is survived by her daughters Rikki and Blaire, a step-daughter, Danielle; and four grandchildren.