Joel, 35, will star alongside Jonathan Ross, 60, Davina McCall, 53, Rita Ora, 30, and new judge Mo Gilligan, 32, to guess which 12 celebrities have secret vocal talents on The Masked Singer. The ITV competition show was recorded in the midst of the coronavirus pandemic, with strict restrictions in place to ensure every member of the production was kept safe. As a result, there was one role the host couldn’t follow through with for season two as this would have meant breaking social distancing regulations.

As the quirky costumes are somewhat awkward and heavy to remove, during season one of the show, Joel was seen helping contestants remove the headpiece of their elaborate attire.

Unfortunately, in wake of the global health crisis, this wasn’t deemed necessary and to protect his health, the host was told not to touch the colourful characters.

Speaking with Express.co.uk and other press, the presenter explained how he was still able to carry out his duties without providing assistance to the stars of the competition.

“That was the only thing that was different, really. I think we’ve done very well to make the show feel bigger and better, even within the COVID restrictions,” he said.

“The [stars] were in these huge costumes and the people in the costumes were probably the most protected people from COVID.” 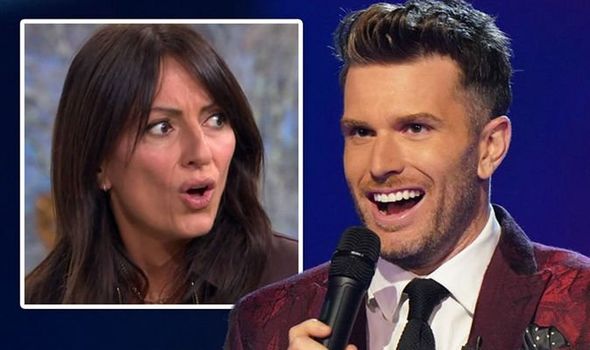 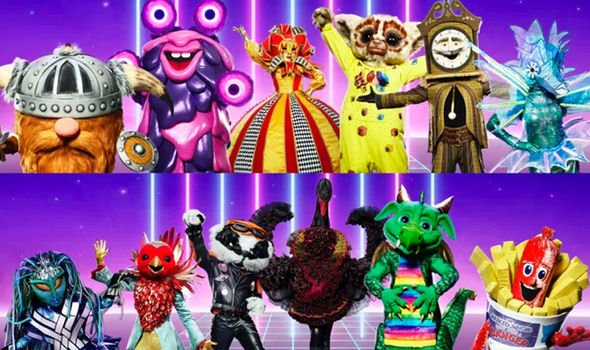 Joel added: “I still had to be two metres away from them so I couldn’t touch any of the costumes this year, which was a real shame.

“Apart from that, you wouldn’t know that it was done within COVID restrictions. It looks so big and feels bigger and better than last year,” he said.

As well as the host not being able to help the contestants, the judges also had perspex screens put between them to adhere to the rules.

Jonathan explained: “Initially [the panels] threw me off but it kind of didn’t matter too much because we could see each other.” 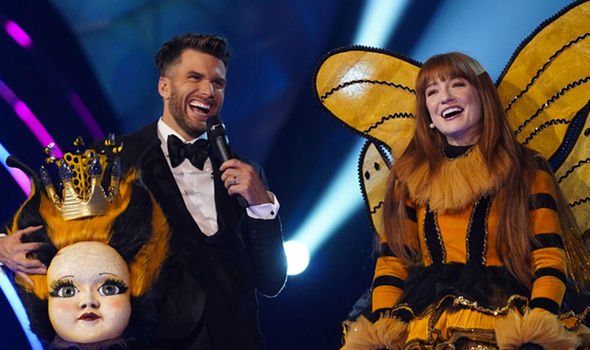 The Masked Singer: ITV tease the return of hit show

I still had to be two metres away

“We could still hear each other, too, and obviously so much of the show is us looking at the contestants [and the stage],” Jonathan continued.

“In a way, I think we were well placed as shows go [to film in the pandemic]. We don’t get that close to the costumes.

“Interestingly, we were recording with a smaller audience than before in groups of six and many of them were family groups with younger children.”

The chat show presenter then on to discuss a mistake Joel made with regards to the younger age category present in the studio.

“It’s a family show and it was quite nice to be doing it and seeing eight, nine, 10-year-olds in the audience,” Jonathan opined.

“I had to watch my potty mouth but Joel slipped up more than I did,” he added before the host spoke on his error.

“It was when we were recording the first episode I was swearing the whole way through and three-quarters of the way through I noticed just how many kids were in there.”

Jonathan said: “There were one or two slip-ups but overall, it was a nice thing and I think we all really appreciated just how much fun the show can be again for everyone watching.”

Following Queen Bee’s success last season and former Girls Aloud member Nicola Roberts, 35, being unveiled as the winner, more characters will be attempting the same feat this time around.

The 12 quirky costumes with celebrities hidden inside include those of Alien, Robin, Badger, Swan, Dragon and Sausage.

Completing the line-up is Viking, Blob, Harlequin, Bushbaby, Grandfather Clock and Sea Horse who are all going to vie for the title.

But who can keep their identity a secret for the longest and win over the studio audience as well as the judges?

The Masked Singer returns Boxing Day at 7pm on ITV.