Three queens are battling for the crown, but only one will become “America’s Next Drag Superstar.” Will Gigi Goode, Jaida Essence Hall, or Crystal Methyd be victorious? Here’s our look into the final episode of RuPaul’s Drag Race season 12 and the winner of this reality competition series.

This article contains major spoilers from the season finale of RuPaul’s Drag Race. Read at your own risk, Squirrel Friends! 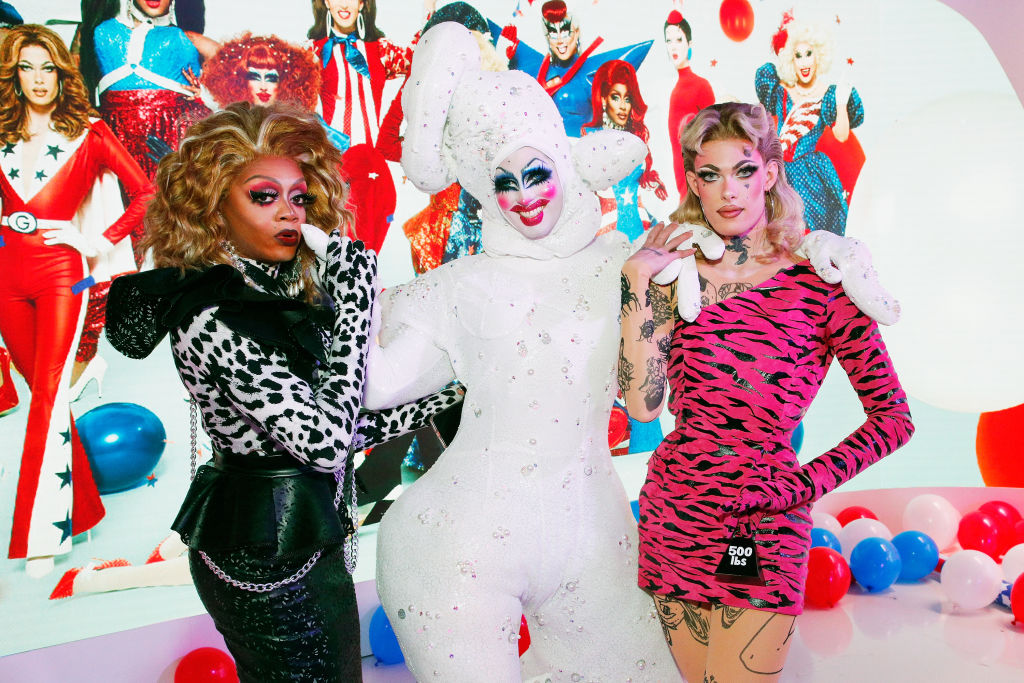 Although these queens might’ve been physically separated, the cast of RuPaul’s Drag Race season 12 reunited for a virtual finale, crowning the winner of this reality competition. After one-on-one interviews with RuPaul, the host explained that there would be five lip-sync performances throughout the course of the evening.

The first lipsync was a close-up version of RuPaul’s song, “Bring Back My Girls.” After that, each queen showcased their own self-produced musical numbers. Crystal Methyd did a kooky version of “I’m Like a Bird” by Nelly Furtado, dressed as both a mom bird and her baby.

Gigi Goode was next, and she performed a version of “Take On Me” by Aha!, inspired by the original music video for the song, complete with a costume change and quirky head movements. Jaida Essence Hall was the last to perform and she did a spirited version of “Get Up” by Ciara, filled with hair-flips. Then, RuPaul crowned the Miss Congeniality of season 12: Heidi N. Closet.

Although RuPaul initially shared that the Top Two would lip-sync for the crown, all three performers made it to the final lip-sync which would determine “America’s Next Drag Superstar.”

To make it fair, each of the Top Three had the same background and props. RuPaul’s song of choice? Destiny’s Child’s “Survivor.” There were shoe ru-veals and even a cape moment from the queens. However, after the lip-sync for the crown, Jaida Essence Hall became the winner of RuPaul’s Drag Race season 12.

Jaida Essence Hall proved her charisma, uniqueness, nerve, and talent throughout this season

For some fans, the winner of this season doesn’t exactly come as a surprise. Jaida Essence Hall has been the “essence of beauty” since the premiere, slaying her competition in the “Ball Ball” maxi challenge and proving to be a queen for the people during the “Frock the Vote” political debate.

“If you feel like today you want to be the Grinch, then, baby, be the Grinch. Drag is all about expression. Whatever I’m feeling, I just let it out in drag,” Hall said during an interview with Entertainment Weekly. “Clearly, I’m very much trade. I do live for the transformation. There’s something so sickening about the art. Drag is the embodiment of being who you want to be. “

“People would never expect me to be like this glamorous doll that loves beautiful things in a rich fantasy,” she continued. “I think I’m the one percent, even though I have no money to pay my rent at the end of this month. It’s not just [a physical] transformation of myself to Jaida, but an emotional shift when I get in drag. I stand up a little bit better, I feel more sexy. I move more snaky and slithery and slinky!”