Carrie Fisher fans who know anything about her personal life know all about her mother, Debbie Reynolds. As the daughter of the Singin’ in the Rain star and singer Eddie Fisher, performing was in Fisher’s blood long before Star Wars. In fact, Fisher’s relationship with her mother was so integral that the actor best known as Princess Leia eventually got Meryl Streep to play her. 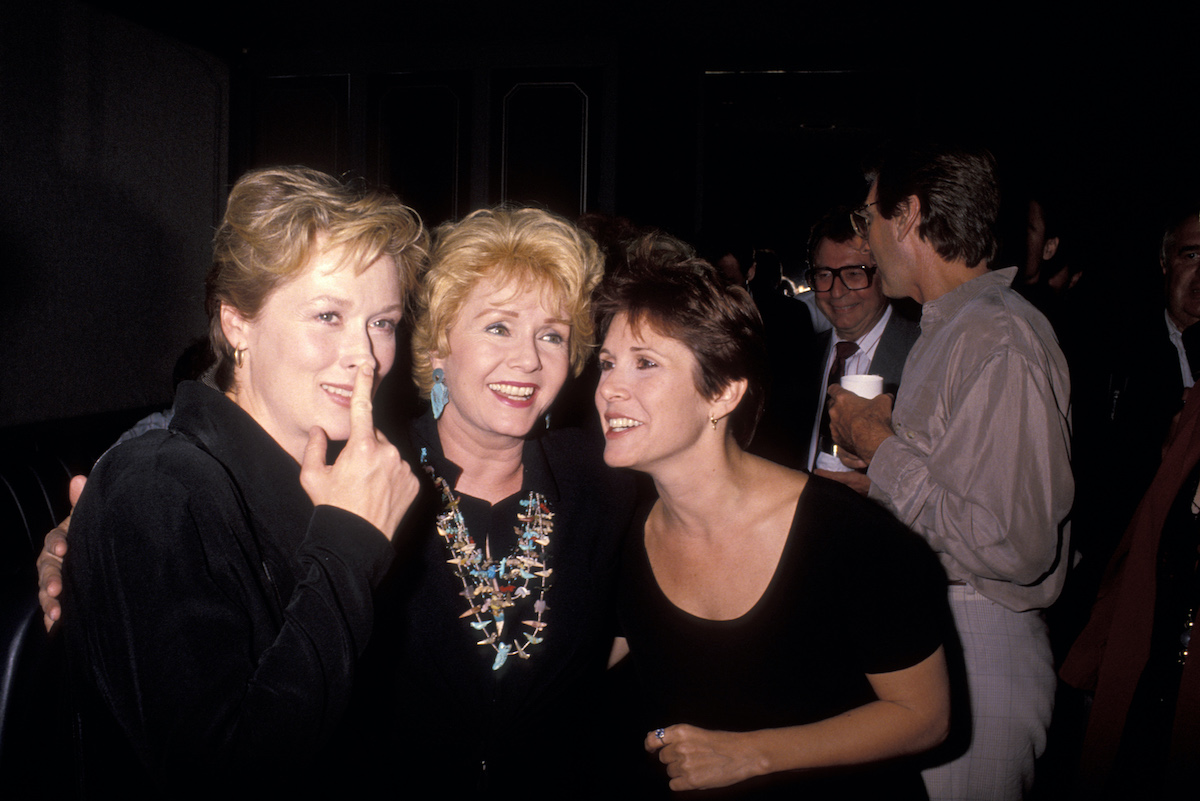 Carrie Fisher wrote a novel inspired by her own personal life

Over the years, Fisher was very open about her complicated childhood. In fact, the actor, author, and script doctor took inspiration directly from her own life for a variety of projects. Her razor-sharp wit became Fisher’s greatest weapon. But rarely did her relationship with her mother so directly impact a project as it did in Postcards from the Edge.

The 1987 novel follows actor and recovering drug addict Suzanne Vale. Due to Fisher’s own experiences with substance abuse, Postcards from the Edge is largely considered a semi-autobiography. However, the 1990 film version doubles-down on these comparisons, with the Fisher-penned screenplay focused more heavily on Suzanne’s relationship with her mother Doris.

‘Postcards from the Edge’ starred Meryl Strep and Shirley MacLaine

Directed by Mike Nichols (The Graduate), 1990’s Postcards from the Edge cast two Hollywood icons in the leads. Shirley MacLaine took on the role of Doris in the film opposite Meryl Streep as Suzanne. Streep, naturally, earned an Academy Award nomination for her performance. But is the movie — or the book, for that matter — really an account of Fisher and Reynolds’ life?

In 1990, Fisher sat down with MTV News to discuss the movie. Though she conceded her own experience inspired Postcards from the Edge, Fisher consistently denied that the mother-daughter conflict at the heart of the film was directly lifted from her life. Rather, she drew a bit from her teenage arguments with Reynolds. And that was the extent of what really happened.

Debbie Reynolds died just a day after Carrie Fisher in 2016

Even with her own legacy in Hollywood, Fisher found herself defined by her mother. After all, Reynolds was a big-screen icon in her own right. So it felt appropriate in some ways that Postcards from Edge pivot from Suzanne’s internal struggle to a mother-daughter story in its translation for the screen. Fisher and Reynolds retained a close relationship over the years.

And the pair were so linked, it turns out, that their deaths both took the world by storm in 2016. On Dec. 27, 2016, Fisher died. And the very next day, Reynolds — who reportedly had just said she wanted to be with her daugheter — suffered a stroke. Fisher’s daughter, Billie Lourd, continues the pair’s legacy, having appeared in the Star Wars saga and 2019’s Booksmart.