“Midsommar” begins with a traumatic event and ends on a perverse sex scene, capped off by devious, vengeful circumstances at once cathartic and macabre. To that end, it’s a natural extension of the grim cinematic universe that spawned “Hereditary,” writer-director Ari Aster’s disturbing 2018 debut, but this sprawling follow-up has more audacious intentions. This is the kind of mad science filmmaking worth rooting for: Aster refashions “The Wicker Man” as a perverse breakup movie, douses Swedish mythology in Bergmanesque despair, and sets the epic collage ablaze. He may not land every big swing, but the underlying vision is hard to shake even when it falters.

As with “Hereditary,” Aster has crafted a complex allegory for grief and anger against the backdrop of more symbolic threats. But this time, they’re hiding in plain sight: Perhaps the first bonafide horror movie to take place exclusively in daylight, “Midsommar” unfolds against a blinding whiteness of the midnight sun and striking bucolic vistas at odds with the psychological disturbances in play. That visual sophistication provides a unifying force that often smoothes over its rougher passages, as acrobatic camerawork and absorbing soundscapes cast a beguiling spell.

Even so, nothing can top a stunning opening sequence preceding the big journey, as frantic grad student Dani (Florence Pugh) contends with a jolting family trauma not unlike the twisted events that establish the dark tone in “Hereditary.” (The economical storytelling is so taut and engaging it may as well be a separate short film.) While the inciting death in “Hereditary” led characters down a deeper tunnel of anguish, here it’s an excuse for escape. Already enmeshed in a rocky relationship with fellow student Christian (Jack Reynor), she makes the ill-advised decision to chase him and his classmates to a remote Swedish countryside to participate in a cultish commune’s summer rituals. If that doesn’t spell ominous, well, you don’t know “The Wicker Man.” 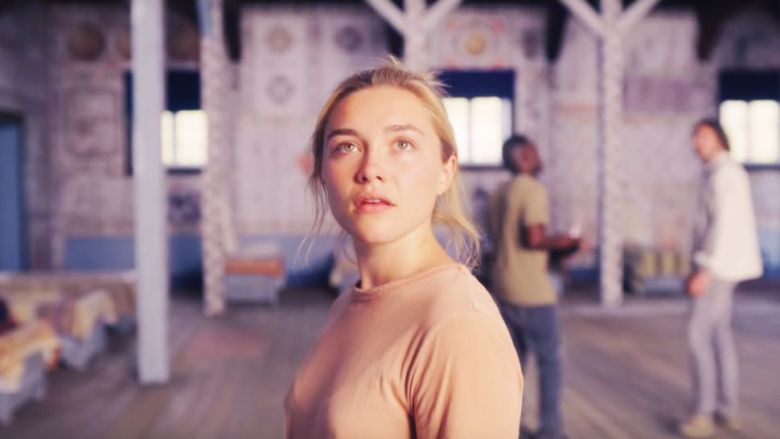 Christian’s a terrible boyfriend, who’s emotionally unavailable to Dani at weakest moment, and that dynamic makes it easier for more formulaic ingredients to sink in. Aster doles out his archetypical travelers at an unhurried pace, and for a time “Midsummar” is poised to go the “Hostel” route, with wayward young Americans hurtling into a world eager to devour them whole. The group has been yanked into the unusual vacation by Josh (William Jackson Harper), a PhD student in anthropology studying the folklore of European midsummer traditions, and the welcoming arms of Pelle (Vilhelm Blomgren), who has invited them to visit the remote commune where he grew up. As if to ensure that there’s at least one wild card in the group, they’re also joined by dopey party boy Mark (Will Poulter), who seems to think that every Eurotrip is an invitation to unleash his hedonistic impulses. Take a wild guess which one of them starts trouble first.

But wait: Long before Bobby Krlic’s mournful score begins its eerie wail, and Aster’s camera does a queasy somersault to watch the group’s vehicle follow a dusty road to the rustic countryside, it’s clear that “Midsommar” has grand tonal ambitions that dwarf its less intriguing plot. By the time the group arrives at the remote settlement of Halsingland (actually, the Hungarian countryside), Aster has foreshadowed their fate from so many angles the movie’s practically over before it begins. But what a blast to watch this emerging auteur mess around. Overloaded with guilt and uncertain about the future with her boorish partner, Dani decides to join the group for a mushroom trip en route to the colony and careens down a jarring, nightmarish path of flickering images and discordant sounds that set the foundation for the unsettling tapestry to come. 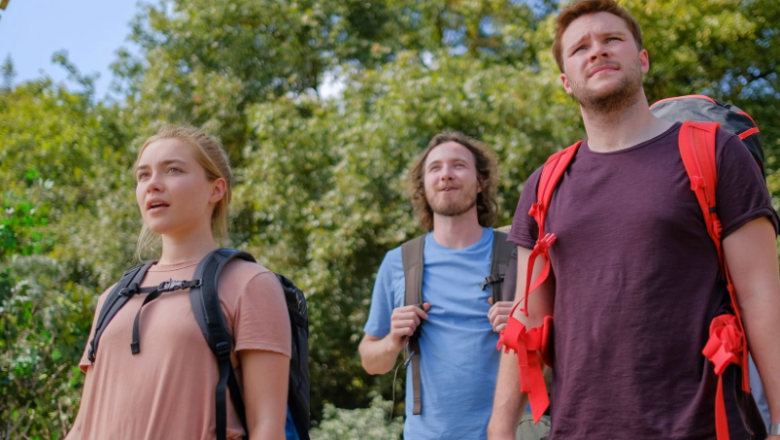 Eventually, they get there, discovering a serene assemblage of white-clad villagers who grin and gaze at the newcomers with a kind of deranged tranquility. It’s an hour into this 140-minute labyrinth before the first lethal twist arrives, but it’s been telegraphed so early that it’s less shock than gut-punch. From there, he unleashes a hodgepodge of haunting pageantries and ritualistic prayer, outrageous fertility rituals, and plenty of psychedelic dance numbers. The WTF quotient is high, but not without cause. The traditions in question involve a fictional religion called Hårga, and before you can say cultural appropriation, it seems as though Aster has done his homework. The movie loads up on striking details, including a homegrown runic alphabet adorning the walls of the dollhouse-like inhabitance where the visitors stay, and seems more enamored of this dreamlike community than the wayward Americans lured into its pull.

Still, Aster’s formalism often outperforms his narrative instincts. One character describes the Hårga’s documentation of their rituals as “emotional sheet music,” which applies to much of the bravura storytelling on display here. By comparison, Aster’s characters have been relegated to broad caricatures we’ve seen before: self-involved young Americans fated to stumble into a situation beyond their control, and a world keen on exploiting that weakness. Only Dani hovers above these familiar beats, largely due to Pugh — the wondrous, calculating breakout of “Lady Macbeth” — bringing such alarming uncertainty to her character as she sorts through a range of contradictory feelings in a strange environment that may as well take place within the confines of her own mind.

It’s no surprise that “Midsummer” gives her the last laugh, but not before a lengthy, immersive climax that makes the uneven buildup worthwhile. Aster doesn’t always sink the biggest surprises, but he excels at twisting the knife. After a deflowering that makes Ken Russell’s “The Devil” look tame, Aster finds his way to a startling reality check. As with “Hereditary,” the movie arrives at an operatic showdown that brings everyone together for a terrifying denouement, one made all the more upsetting by the jubilance in which it’s pronounced. The ensuing depravity gives way to a questionable triumph that seems all but inevitable by the time it arrives. But even then, there’s an intimate spookiness to watching the movie arrive at that point, with a reminder that the scariest circumstances are often the ones heading right at us.