Money Heist season 4 is still one of the most talked-about series on Netflix and it left fans feeling emotional after one of the main characters was killed. Nairobi (played by Alba Flores) died after being shot in the head and fans of La Casa de Papel are still suffering. The actress Flores has revealed why she had to leave the series.

Fans will remember Nairobi’s fate was left hanging in the balance at the end of the third series and fans were worried she may be dead.

Detective Alicia Sierra (Najwa Nimri) had used Nairobi’s son to lure her towards an open window at the Bank of Spain.

When Nairobi approached to take a closer look at her son from the window, she was shot by a sniper and the bullet damaged her lung.

Unable to take her to hospital for treatment, the gang took it upon themselves to try and save her and their attempts seemed to work. 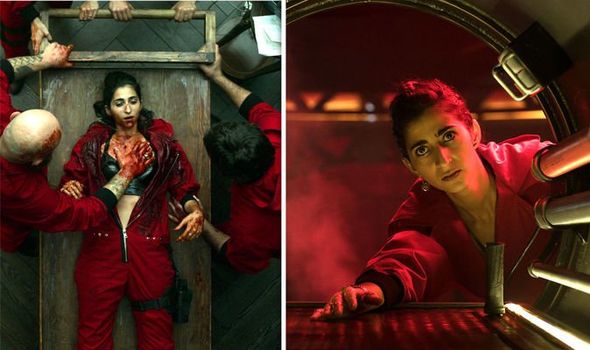 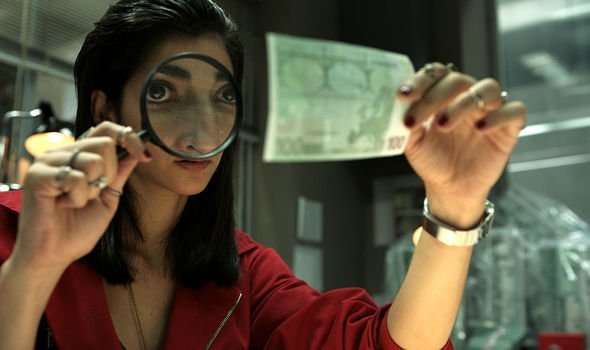 Throughout the new series, Nairobi seemed to recover and she was ready to rejoin the gang to complete the heist.

But things took a bad turn when one of the former hostages, Gandia (José Manuel Poga) grabbed hold of her and shot her in the head.

Her death was a huge shock for fans and the rest of the gang members who valued her as part of the team.

At the end of the series, they vowed to continue on with the fight with the aim to win, “for Nairobi”.

A video has been posted on Twitter of the moment Alba Flores left the series and she is saying goodbye to her fellow cast members. 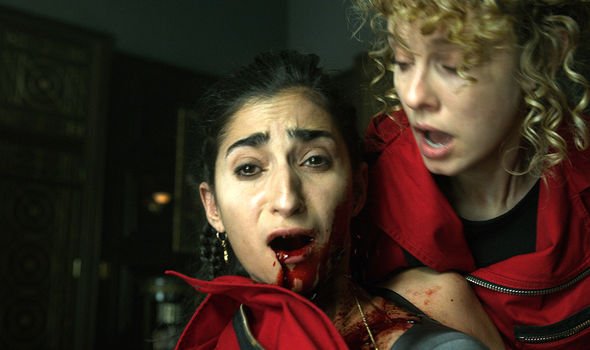 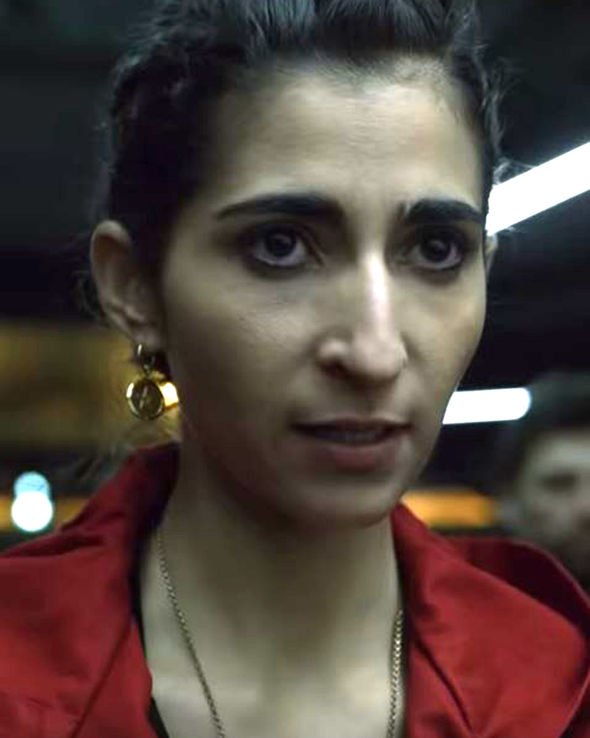 In the short clip, which has had more than 3,000 views at the time of writing, Flores is standing on set holding a bunch of flowers and she is giving a goodbye speech.

She addresses the group and says: “You’re a f** great team. I hope I get to film 16,000 more times with you.” She laughs before getting emotional like the rest of the cast members.

She said: “I’m going to miss you all.” She hugs the main cast members as the rest of the crew stand around her and applaud her.

Flores is then seen walking off set with her flowers. She said: “It’s over, and I have nothing on the horizon. It’s a really liberating feeling. Because…well, I need a rest.”

Nairobi’s death was one of the biggest plot twists of the series and it left fans feeling shaken as one of the main characters had seen her demise.

She said: “I want to thank you all for everything you’ve taught me. I’ve grown here as an actress more than I ever imagined I would, and as a person too.”

Fans then proceeded to share their grief on Twitter, with one fan saying: “I’m so heartbroken, it’s like part of me is also dead with her.”

Flores, the Spanish actress who grew up with a family of entertainers, was born Alba González Villa but is known professionally as Alba Flores.

She made her acting debut in 2005 staring in El Calentito (The Warm), and a year later featured in the TV series El comisario (The Commisar).

Her character Nairobi has been in Money Heist through all four series, and she is described as an expert in forgery, in charge of printing money for the gang.

She is one of the few original main cast members remaining in the series, and her death was tough for fans to digest.

They are curious to know whether a potential fifth series will pay tribute to her character in some way.

Money Heist season 4 is available to watch on Netflix now