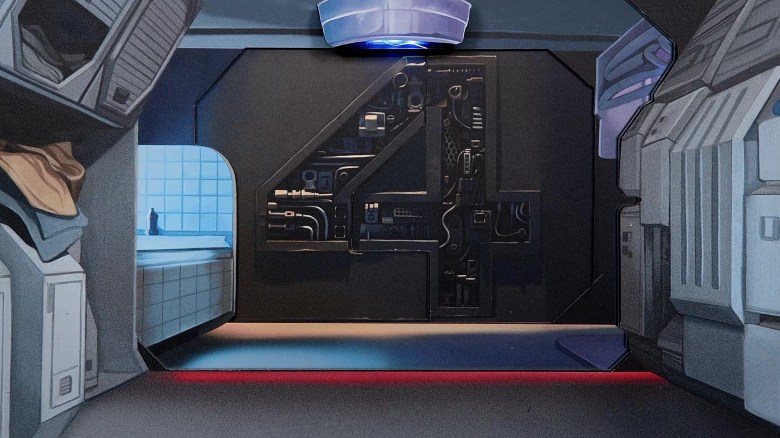 “They’re plexiglass panels,” Hodgson said of the 2-D appearance of the new hallway sequence. “They’re fabricated in several layers, with some lights, and we push the camera through it like we do.” Plus, as the 63-year-old creator told IndieWire, the hallway sequence was made with the same tinkerer’s pride. “It’s a little more of a puppet theater aesthetic,” says Hodgson of the new process, which he refers to as “Flatimation.” “It’s important to still acknowledge that we’re a puppet show.”

Hodgson is adamant that Mystery Science Theater is as much a haven for gizmos, whimsy, and experimentation as it ever was. “‘Assets’ is kind of an icy word,” he said, “but I wanted to take the assets from the various eras of the show and treat them kind of like a Lego set, like a toy set. Kind of filling in the seams, seaming together the universe of ‘Mystery Science Theater’ in a unified way. It’s very important to have that continuity, to make it feel right all together.”

That’s where Gary Glover, a longtime friend of Hodgson’s and an accomplished illustrator, comes in.

“Gary did a lot of inspirational art even before we were able to do the Kickstarter, helping us visualize stuff for all the show’s iterations in the last six years,” Hodgson said. “So when it came to the Gizmoplex, I said, ‘Why don’t you do it all?’ It’s an ongoing thing. I rely on Gary. When he speaks to an idea, I know it’s in the right direction.”

Glover, a longtime “MST3K” fan and designer whose work includes Lego sets, Matchbox cars, and “The Official Mystery Science Theater 3000 Bot Building Booklet,” demurred, explaining how he once came upon Joel using masking tape and a colander to plot out the Gizmoplex’s exterior. Said Glover of the process of designing the Gizmoplex, “Joel had hired a production company, but felt like their work was maybe a bit too slick.” 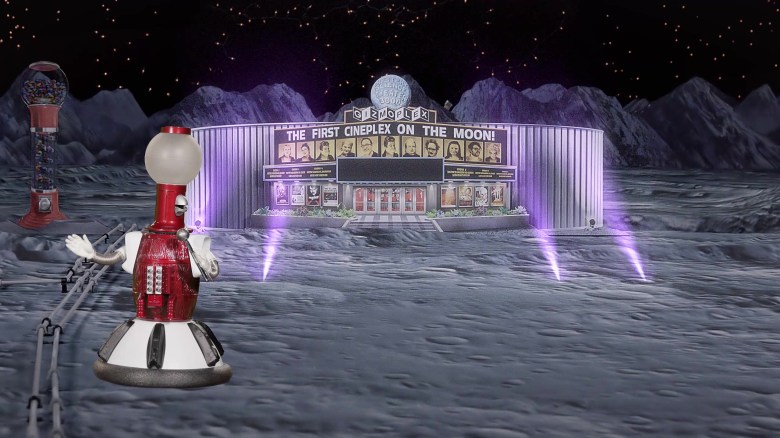 Slickness has never been a “Mystery Science Theater 3000” trait. Thematically, the show’s DIY aesthetic goes hand in hand with Joel Robinson’s approach to adversity: Stranded in space by forces outside his control, the inveterate tinkerer and dreamer’s first move was to look around at the junkheap into which he’d been dumped and make himself some friends.

Appropriately, then, this new and scaled-down (but still creatively evocative) framing device is a result of necessity and imagination joining forces. While Hodgson remains complimentary of his former Netflix bosses (whom he says were largely hands-off), he notes that the streamer’s mandate that each season’s episodes be completed before the season premiered led to “burn out.” At the Gizmoplex, there are no bosses — but there’s also less money. “We didn’t have the budget we had for Netflix,” Hodgson said, “and we realized the world of the show when we had the money.”

And then there’s that whole pandemic issue, which necessitated a lot of cast and crew juggling, and led to the increased use of green screens for the host segments. “In the context of the Gizmoplex, I think it’s meshing really well,” Hodgson said. “And, as time goes on, we’ll continue to get closer and closer. There’s a shared visual language and art direction between how a set would look and what you can make in a computer.”

For Hodgson and Glover, their shared vision for this new frontier is a triumph of ingenuity and love akin to Joel Robinson sticking a gumball machine atop a barrel-shaped bank and calling it a robot. “I’m deliriously happy with how it looks,” said Hodgson, with Glover in full agreement. “There are a few complainers here and there,” the illustrator said of the response to the first few episodes. “But overall, it’s been warm and welcoming. It feels like the old days.”