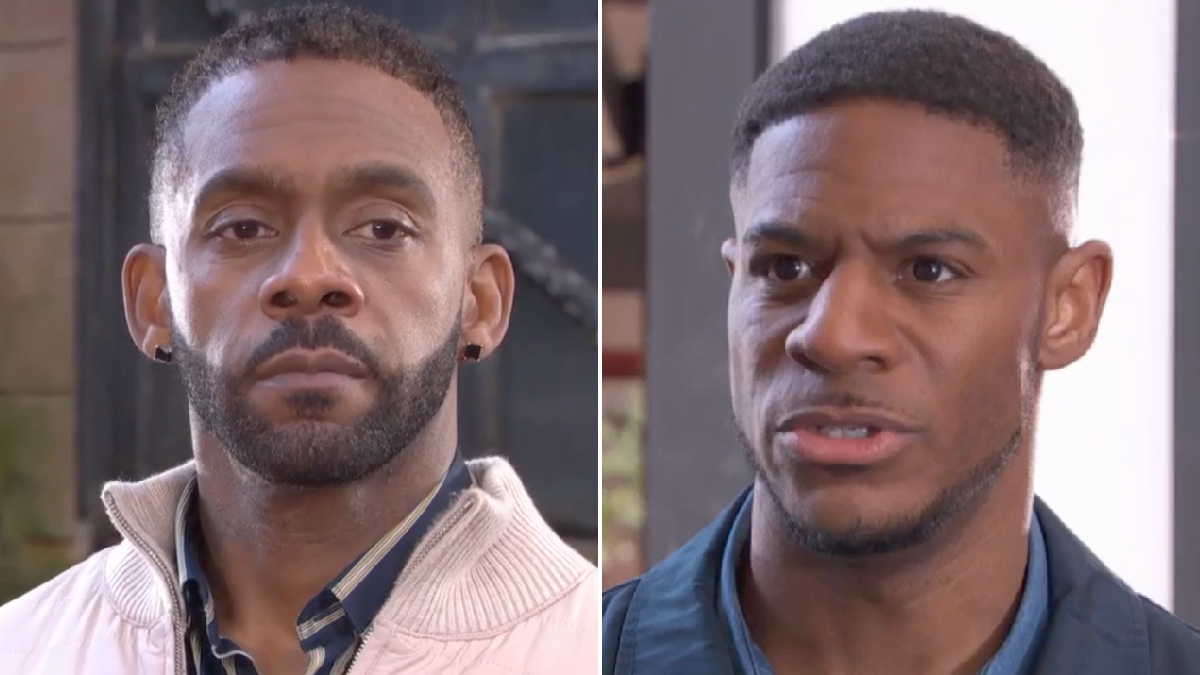 Nate Denby (Chris Charles) issued Felix Westwood (Richard Blackwood) with a chilling warning in Hollyoaks, telling him that he’ll destroy him when he returns from his honeymoon.

The undercover cop has been investigating the disappearance of Lisa Loveday (Rachel Adedeji) since rocking up in the village earlier this year, and he made a breakthrough several episodes ago.

After obtaining a notebook from Celeste Faroe (Andrea Ali), he put two and two together, realising that Lisa is dead – and the Deveraux and Faroe clan are attempting to keep her alive by forging postcards from her!

Nate relayed his discovery to Grace Black (Tamara Wall), who agreed that something was off regarding Lisa’s vanishing and thus she set a trap for the Deverauxs, using the notebook.

Celeste fell right into said trap, stealing back the notebook before dumping it in the river – something which Grace saw with her own eyes.

Celeste celebrated her victory, but she soon discovered that Nate wasn’t planning on backing down.

Felix, meanwhile, prepared to depart on his honeymoon with Martine (Kelle Bryan), but not before having a showdown with Nate.

Nate took no prisoners, making it clear that he knows all about how they murdered Lisa and covered up the crime, before telling Felix to have a nice honeymoon, informing him that he will take him down when he returns!

Will Nate discover that it was actually Toby (Bobby Gordon) who killed Lisa? What’s more, will he succeed in destroying the Deveraux clan?