A WOMAN who collapsed in the street was stunned to find she had been treated by Jason Donovan.

The 50-year-old Neighbours legend dashed to help her when he saw her sprawled on the pavement on Friday evening after hitting her head. 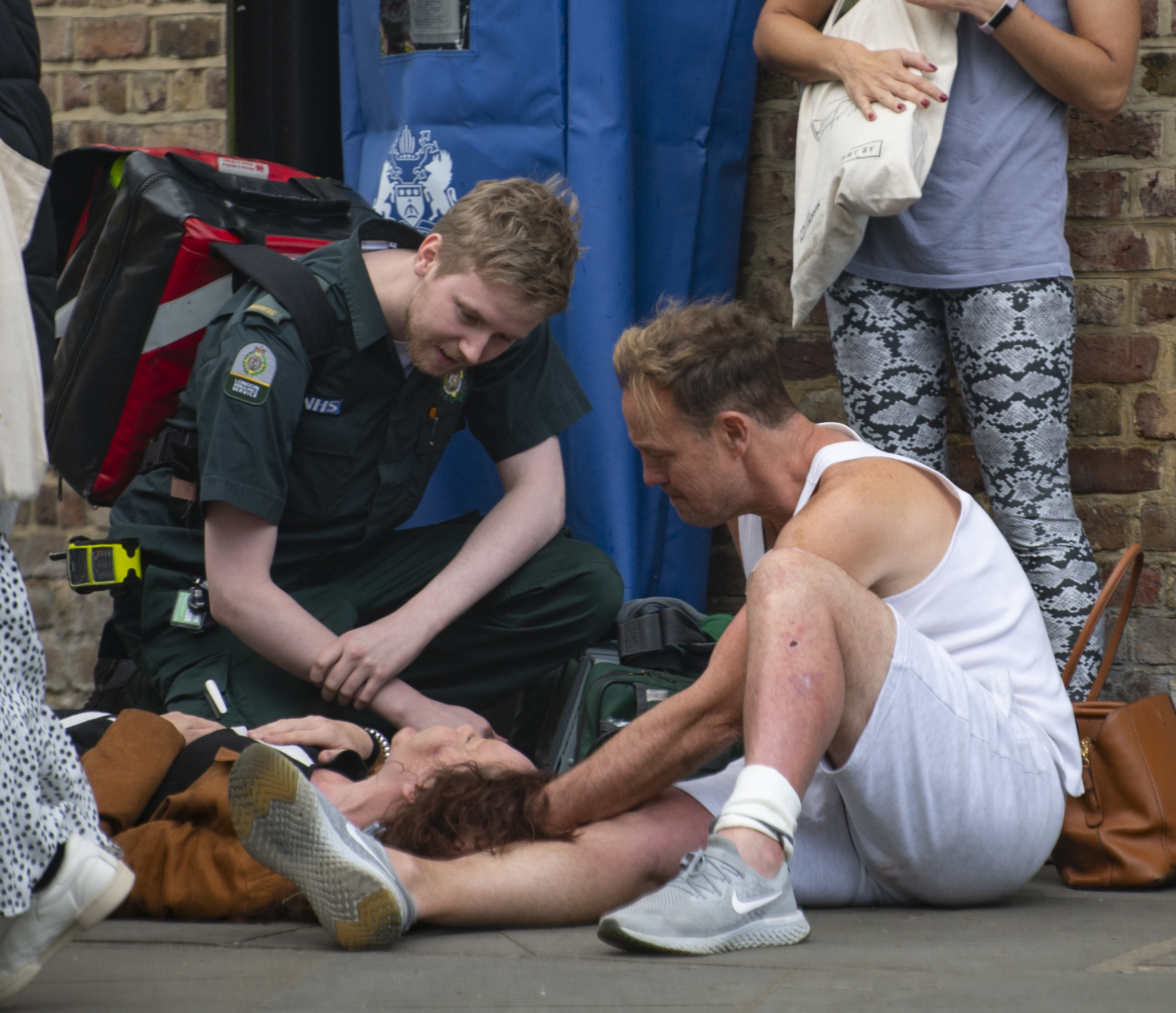 Onlookers saw the Aussie crouching down on his knees as he waited with the woman for paramedics in Notting Hill, West London. At one point he appeared to be taking instructions over the phone from a 999 operator.

The drama unfolded just yards from the Especially For You singer’s £6million townhouse.

A witness told The Sun: “The woman was in a bit of a state.

“Jason was with her for around 15 minutes until the paramedics arrived. He stayed with her while they treated her on the pavement, but the other bystanders left. 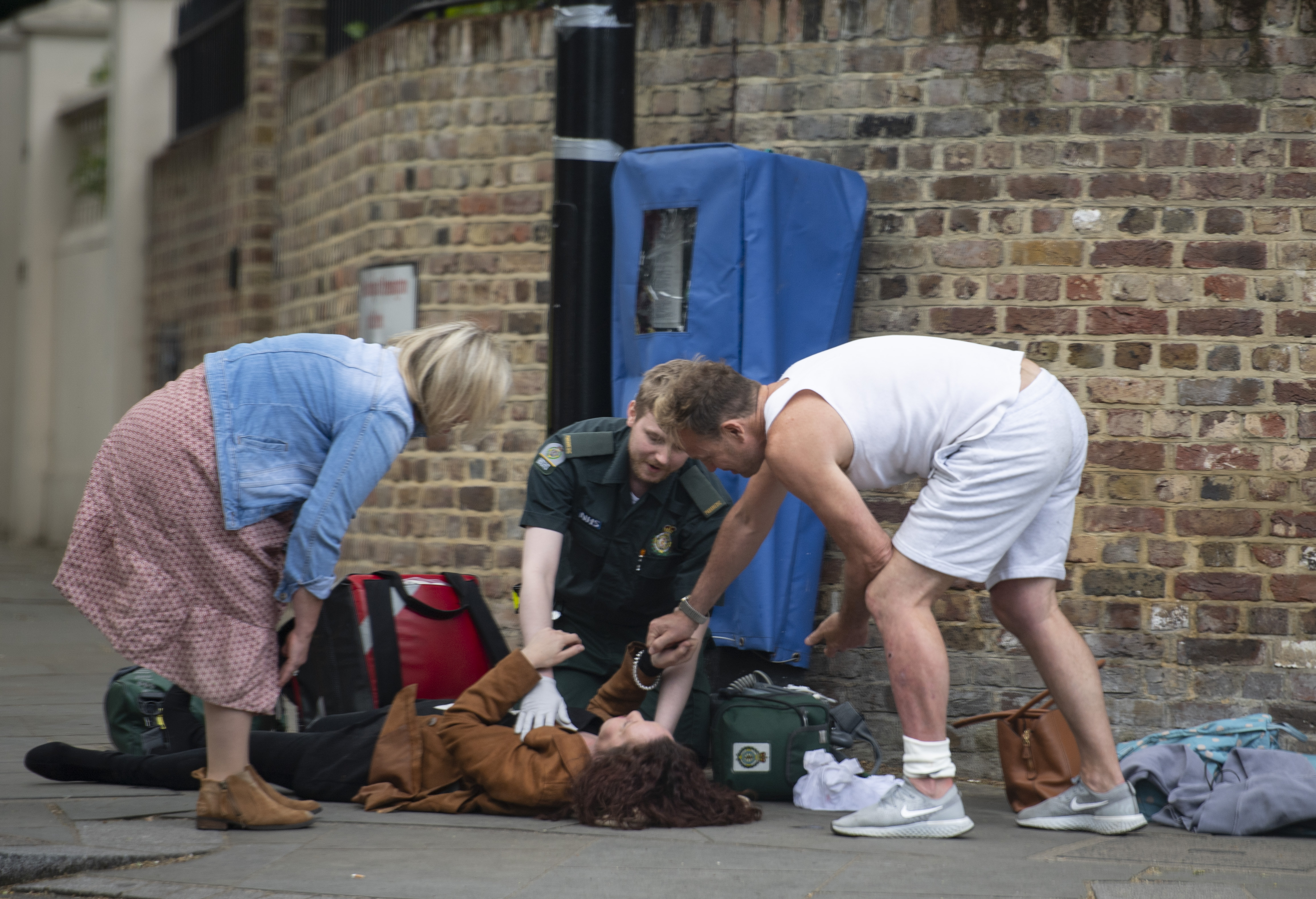 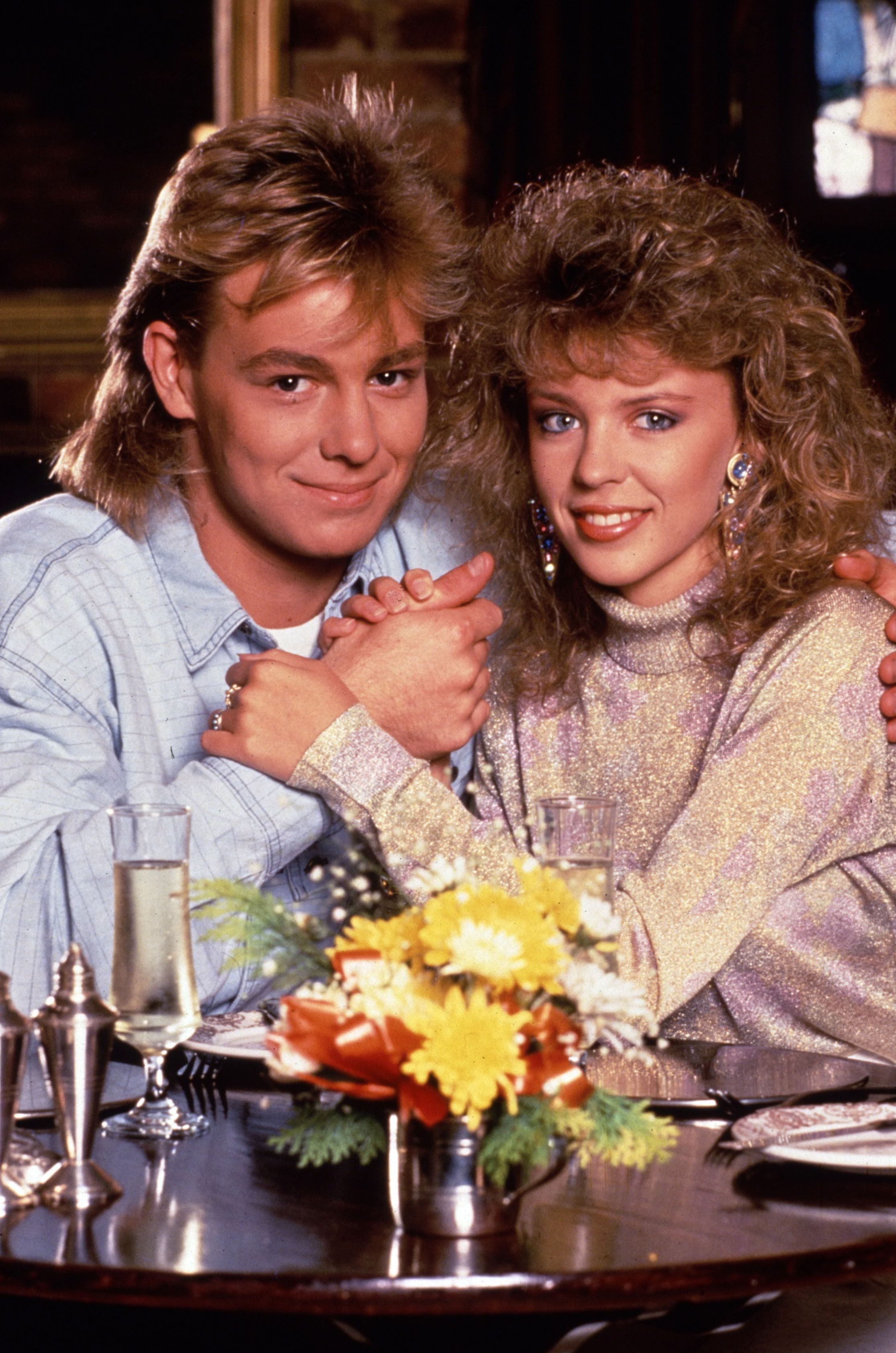 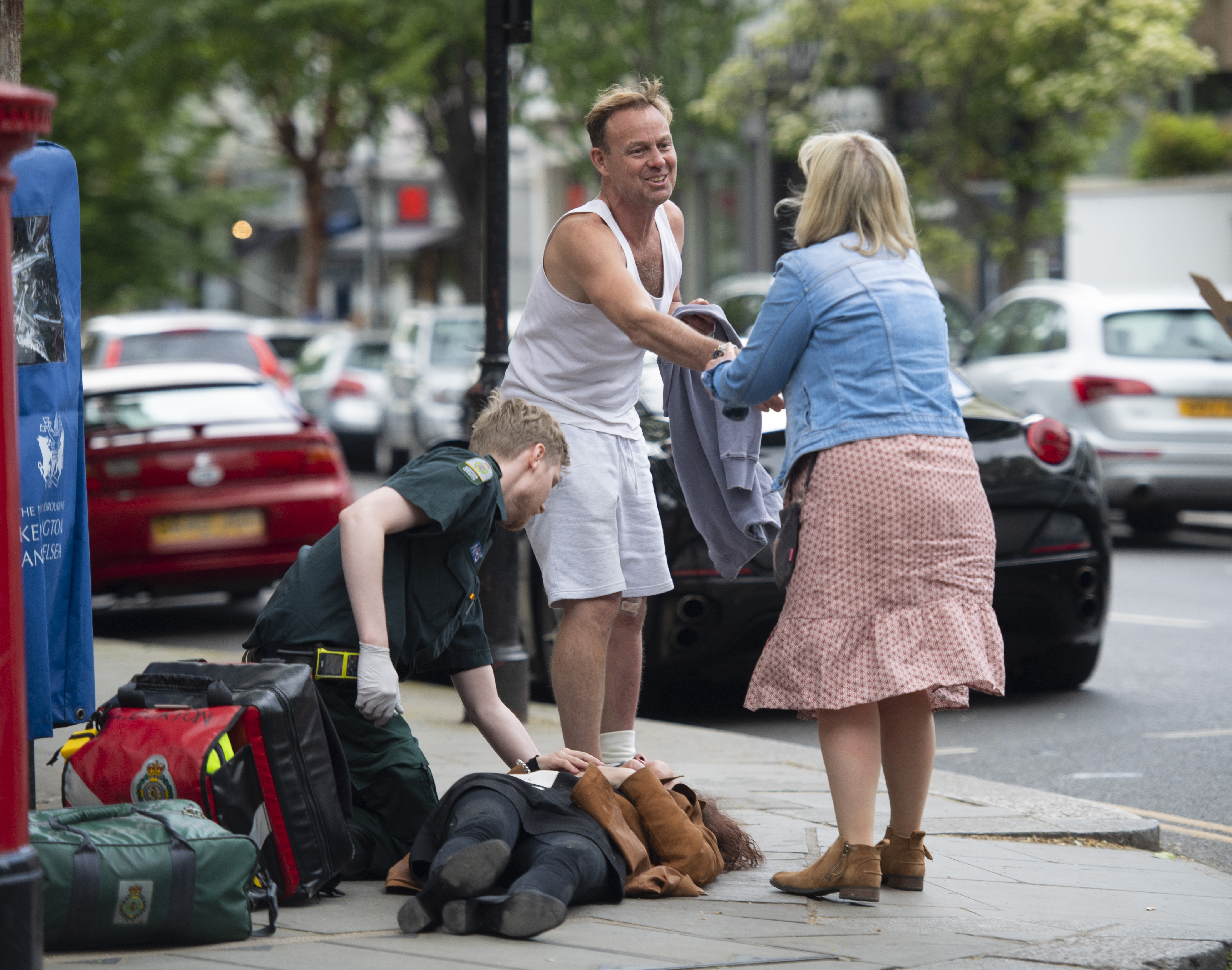 “It looked like he was on the phone to 999 while they were waiting.

“I think he went home to get some ice because he was holding a bag of it against her cheek.

“She had a very nasty, large bruise from where she had fallen.”

The witness added Jason then shook the woman’s hand and gave her a “big and encouraging” smile as paramedics helped her into the ambulance. 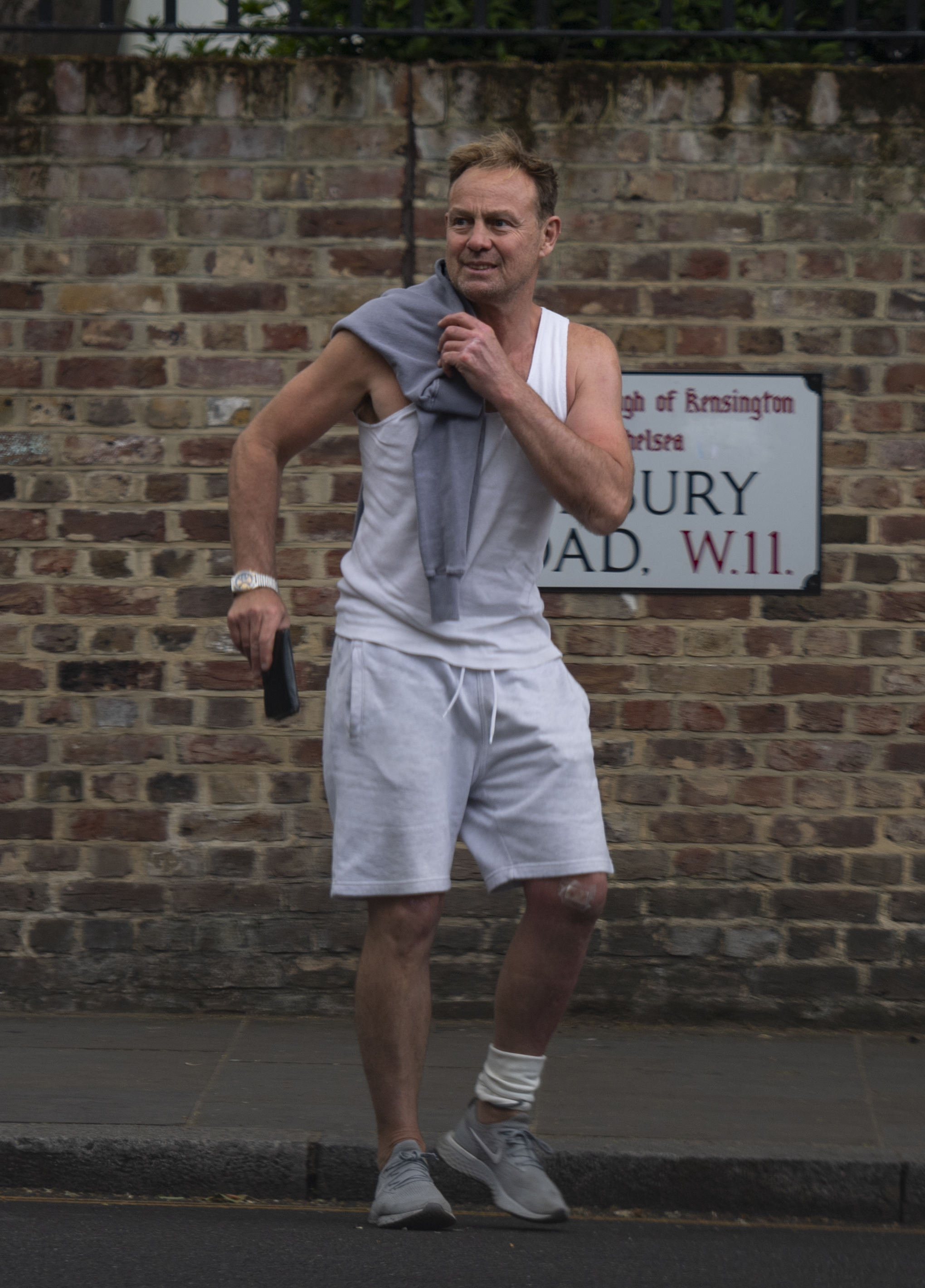 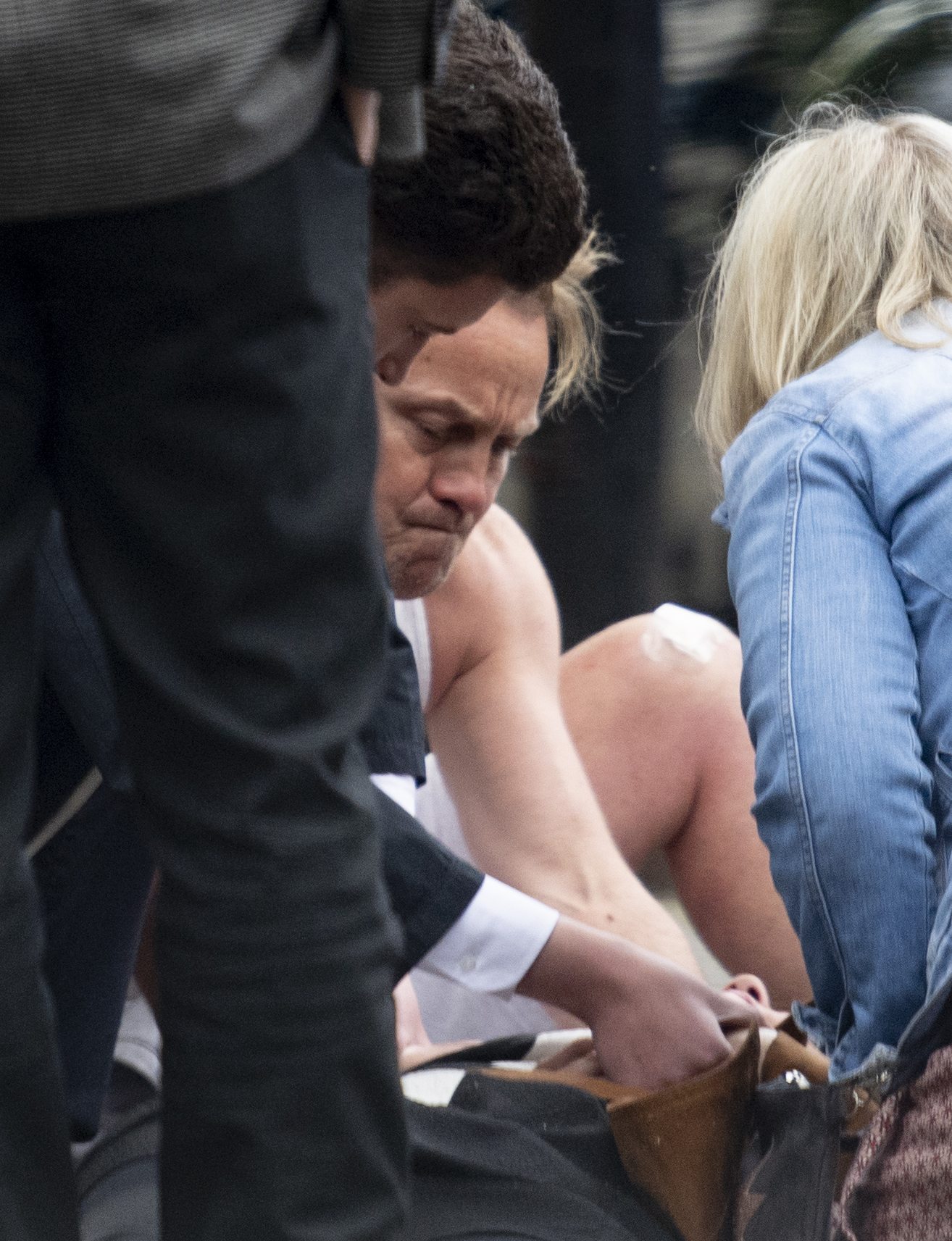 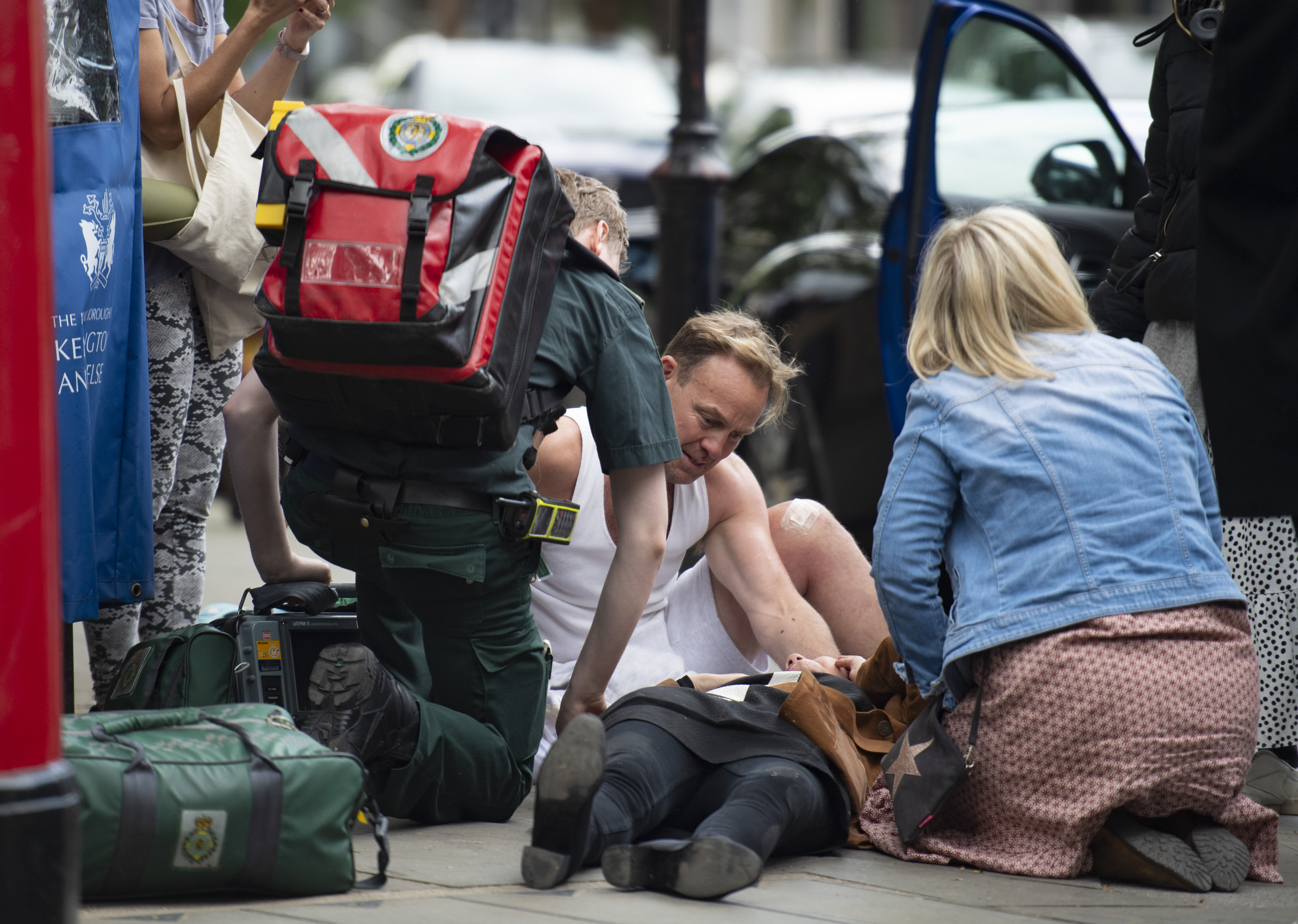 It is understood friends of the woman have since been in touch with Jason to express her thanks, though it is unclear what her condition is now.

When asked about his kind-hearted intervention humble Jason insisted he did not deserve any praise.

He told The Sun: “I’m no hero. I did what any responsible citizen would have done. I just wanted to help someone in need.”

Jason and Sheridan Smith, 37, are lined up to perform in the live semi-finals of Britain’s Got Talent this week.

They will sing a medley of hits from musical Joseph And The Amazing Technicolor Dreamcoat, which the pair are set to star in when it returns to London’s West End this summer.

Jason will be taking over the role of the Pharaoh, having played Joseph in the 1991 revival.

He starred in Neighbours from 1986 to 1989 with his character Scott Robinson marrying Charlene, played by Kylie Minogue, in 1987.