Studio Fremantle is “committed to finishing the story” and “waiting to see which way forward is best, and who it’ll be with,” author tweets 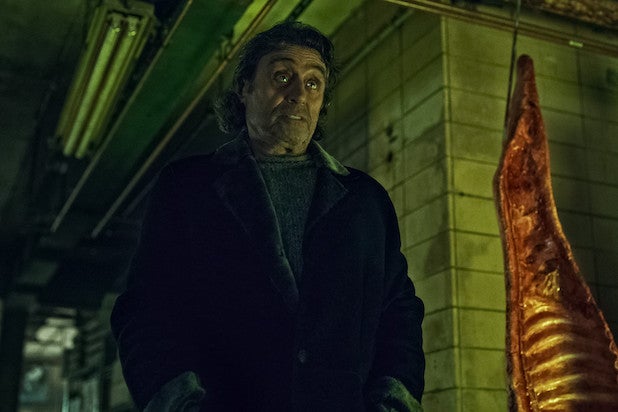 “American Gods” may be canceled, but “it’s definitely not dead,” according to author Neil Gaiman.

The fantasy drama, which is based on Gaiman’s book of the same name, got the ax after three seasons at Starz late Monday. The following day, a fan asked Gaiman via Twitter if Netflix might pickup the show for Season 4, “Considering you guys are working on #TheSandman [TV series adaptation] together it would be awesome to finish AG’s story next! God’s don’t die unless they’re forgotten.”

“It’s definitely not dead. I’m grateful to the team at @Starz for the ‘American Gods’ journey so far,” Gaiman tweeted in response Tuesday. “Fremantle (who make AG) are committed to finishing the story that began in episode 1, and right now we’re all just waiting to see which way forward is best, and who it’ll be with.”

Representatives for Fremantle did not immediately respond to TheWrap’s request for comment Wednesday.

The news of “American Gods’s” cancellation came a week after the Gaiman adaptation concluded its third season. The 10-episode season debuted in January to declining ratings for the premium cable network after a lengthy hiatus coming out of the behind-the-scenes turmoil on Season 2.

“Everyone at Starz is grateful to the dedicated cast and crew, and our partners at Fremantle who brought author and executive producer Neil Gaiman’s ever-relevant story to life that speaks to the cultural climate of our country,” Starz said in a statement Monday.

An adaptation of Gaiman’s 2001 novel of the same name, “American Gods” followed the conflict between Old Gods of mythology and New Gods of technology. Ricky Whittle starred as Shadow Moon, an Old God looking to outrun his past by hiding out in a fictional town of Badger State where magic and murder abound, alongside Ian McShane as the mysterious Mr. Wednesday, a.k.a. the Norse god Odin.

The series faced multiple creative shakeups since its premiere in 2017. Original showrunners and developers Bryan Fuller and Michael Green left the project in the midst of pre-production and were replaced by Gaiman and Jesse Alexander for Season 2. Alexander was later replaced by “The Shield” alum Charles “Chic” Eglee.