Never Have I Ever season two trailer from Netflix

Mindy Kaling’s popular comedy-drama series Never Have I Ever makes its highly anticipated comeback for a third instalment next month. The new series will reunite fans with the quirky students of Sherman Oaks High with more highs and lows for Indian-American teen Devi Vishwakumar (played by Maitreyi Ramakrishnan).

When will Never Have I Ever season 3 be released?

Netflix will be dropping season three on Friday, August 12 worldwide with those in the UK able to watch the show from 8am BST.

All 10 episodes will be landing on the streaming platform in one go to binge with each instalment roughly around half an hour.

Who is in Never Have I Ever season 3 cast?

Never Have I Ever has developed a strong following with its cast now big stars.

Canadian actress Ramakrishnan will be reprising her role as troubled teen Devi, who continues to grapple with the grief of her father Mohan’s (Sendhil Ramamurthy) death while simultaneously lusting after the local high school jock.

Darren Barnet will be back as the object of Devi’s affections and swimming jock Paxton Hall-Yoshida.

Ramona Young is going to back as Devi’s wannabe actress friend Eleanor Wong.

Lee Rodriguez again plays her other friend Fabiola Torres, the socially awkward but endearing captain of the robotics team.

The Night Of’s Poorna Jagannathan is back as Devi’s long-suffering, dermatologist mother Nalini Vishwakumar, who continues to deal with her own grief while trying to raise her wayward daughter. 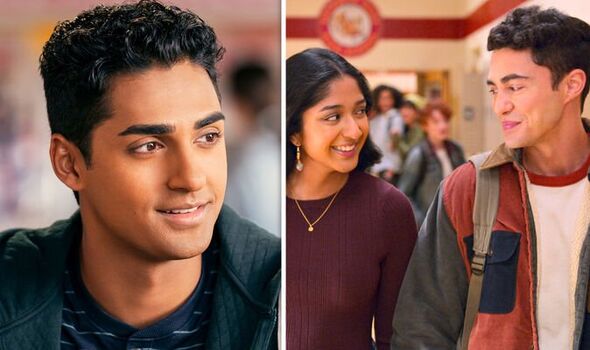 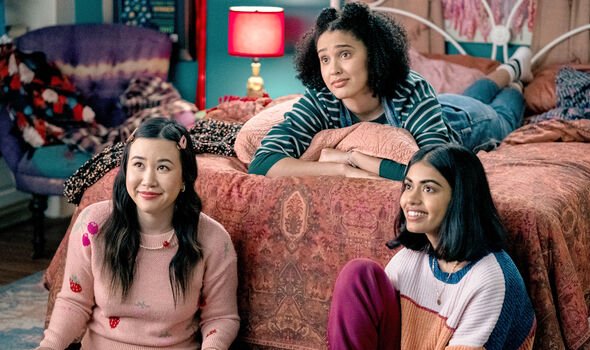 Richa Moorjani once more plays Devi’s scientist cousin Kamala from India, who is trying to decide whether she’s ready to settle down.

Tennis player John McEnroe will be narrating the show as himself and providing hilarious commentary on Devi’s questionable life choices. 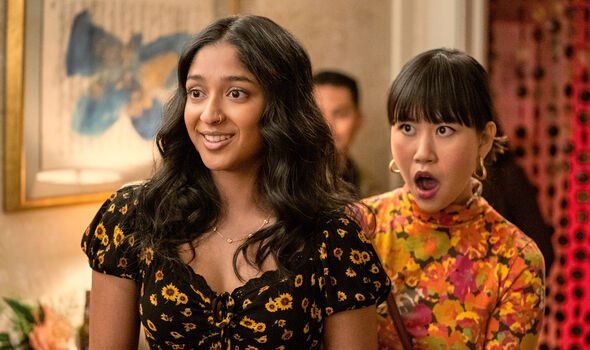 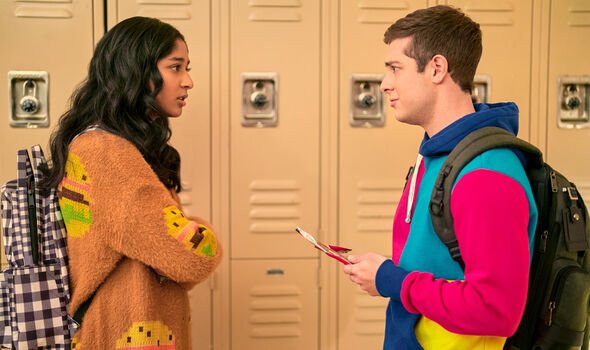 WARNING: This section contains spoilers from Never Have I Ever season 2

What will happen in Never Have I Ever season 3?

The last season ended with Devi finally getting together with Paxton at the prom after she helped him secure good grades and on track to get into college.

The pair had been resorting to clandestine hookups in her bedroom after he didn’t want to go public with her.

However, he had a change of heart at the last moment and chose to give her a second chance after she’d cheated on him at the start of the series with Ben.

While Devi and Paxton shared a kiss on the dance floor, a heartbroken Ben could only look on at the couple.

Moments earlier, Eleanor revealed Devi was going to choose to be with him but she and Fab convinced their friend to go for Paxton instead.

So, season three will continue to see this love triangle playing out, but there will also be elements of Devi dealing with her bereavement and making more questionable decisions.

Kamala will be trying to find love and Nalini, too, tries to rebuild her life as a widow.

A post shared by Never Have I Ever (@neverhaveiever)

Is there a trailer for Never Have I Ever season 3?

A trailer for season three will be dropping tomorrow (July 27) with fans eager for the first footage from the new series.

Will there be another series of Never Have I Ever?

Yes, is the short answer. Season three is the penultimate series of the drama with Netflix confirming it has renewed Never Have I Ever for a fourth and final outing.

In a statement from Mindy and co-creator Lang Fisher, the creative duo said: “Hey Crickets, We’ve got some morning announcements for you: Season three of Never Have I Ever is gonna drop this summer! Plus we’ve just been renewed for a fourth and final season, which we are absolutely thrilled about.

“We can’t wait to reveal all the steamy romance and hilarious adventures we have in story for you. Thanks to all our fans for your support – especially you #Bevi and #Daxton stans. We love you!”

Lead star Ramakrishnan also shared her own note about the series coming to an end, writing on Twitter: “Dear NHIE fans, Thank you all for everything. Seriously.

“We have season three coming out in the summer and we are getting ready to film a season four SERIES FINALE! I am so proud of us all and everything that this show has accomplished.

“Soon we will have 40 amazing episodes of Sherman Oaks shenanigans. This show is so close to my heart.

“It is my privilege to help create this story so I promise I’ll give it my all and make you guys proud. Make myself proud too. Let’s do this one more time, yeah? Lots of love, Maitreyi Ramakrishnan.”