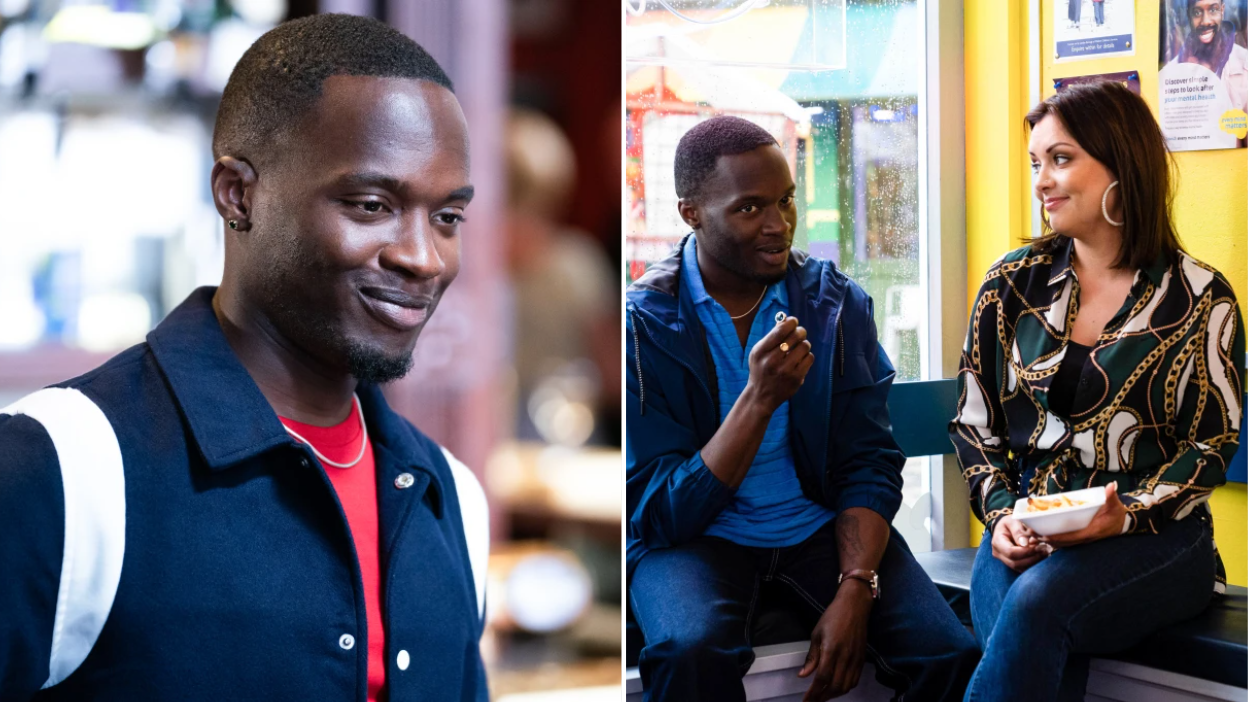 Zaraah Abrahams recently hinted that things ‘might get messy’ on EastEnders when she revealed that Chelsea would be looking for lodgers to move in to her house to help with the bills.

In upcoming episodes things do, indeed, start to get a little messy when Chelsea and Whitney (Shona McGarty)’s new flatmates are revealed to be Felix (Matthew James Morrison) and Finlay (Ashley Byam). The Taylor-Bakers are also struggling to pay bills and need the space, so the brothers offer to move out, even though Mitch (Roger Griffiths) knows he’s going to miss them hugely.

Chelsea makes the decision to let them have the rooms without consulting Whitney, so Whit is a little taken aback when she gets home and finds two new people settling in to her home. She confronts Chelsea in the Vic about not talking to her about it first, but relents and says she’ll give Felix and Finlay a chance.

There’s been an attraction between Whitney and Finlay since they first met, so it’s not long before the two of them are getting flirty.

But is it really a good idea to flirt with your flatmates? Soon the petty irritations of domestic life start to take hold and it looks like the relationship is going downhill fast.

Felix rescues the situation by organising a housewarming dinner, and is pleased that Whitney and Finlay seem to be back on track again now they’ve implemented some house rules.

But will it lead to actual romance?