As Teen Mom OG wrapped up last night, a song came on as the episode recapped how the stars of the show were doing at the given time in their lives.

The song — called Empire and is performed by Nick Fradiani — captured the attention of many viewers.

Nick Fradiani even mentioned the song being featured on Teen Mom OG on his Instagram Stories, thanking MTV for featuring Empire on the episode. 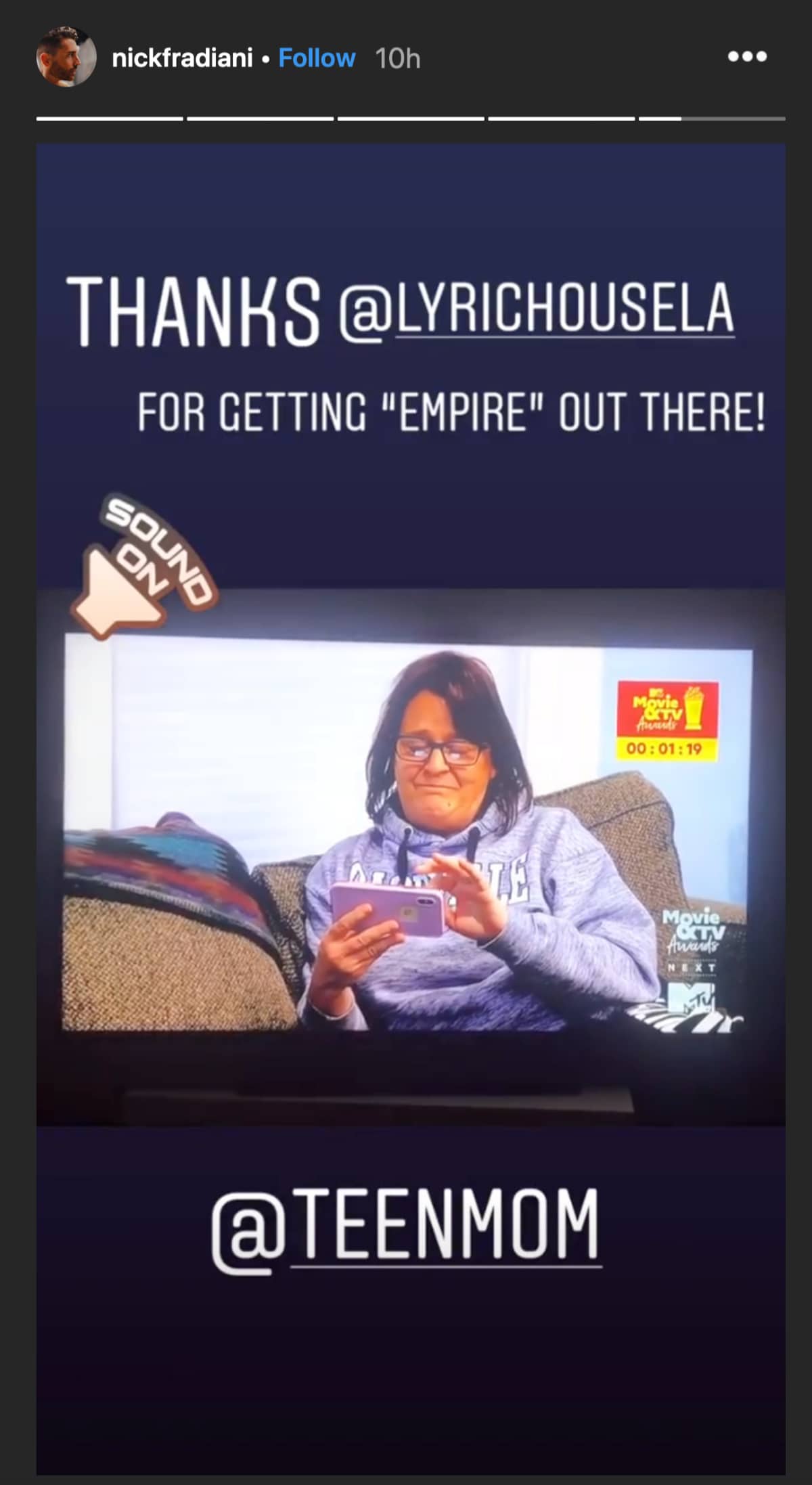 Fans appear to love the track, comparing it to Imagine Dragons and some claiming that the song is a masterpiece on its own.

“Definitely a track that gets stuck in your head within seconds! Great song!,” one fan wrote on YouTube in response to his official video for the song, while others added, “OMG!!! You are so freaking underrated!… This song is a masterpiece!” and “Oh man how I love this track !!! LOVE the direction you are taking Nick! I suppose an album is in preparation ??? You are killing it man, thank you for that masterpiece!”

You can check out the official video for Empire below or get your own copy of the song Empire featured on Teen Mom OG right here.

Who is Nick Fradiani?

Nick Fradiani, also known as Nicholas James Fradiani IV, was born in 1985 in Connecticut. Music has always been a huge passion in his life. Not only did he win the Battle of the Bands at Mohegan Sun in 2011 with his band Beach Avenue, but he also gained national recognition when he competed on American Idol back in 2014. He came back as a solo artist in 2015 and ended up winning Season 14 of American Idol.

To support his love for music, Fradiani got a Bachelor’s Degree in history from Wheaton College in Massachusetts and he worked as a substitute teacher. At night, he would play local gigs at bars. Nick even worked as a computer software salesman to make ends meet.

Nick released his only studio album in 2016 entitled Hurricane. It peaked at 121 on the Billboard 200 and the album sold 5,000 copies.

His personal website reveals that he’s still living in his home state of Connecticut and he continues to write and perform. In the fall of 2017, he released his newest EP called Where We Left Off. He lists his musical heroes as being Tom Petty, Bruce Springsteen, and Billy Joel.

Throughout his career, he’s performed with big names, including One Republic, DNCE, Rachel Platten, James Bay, and Rob Thomas.