NICOLE Scherzinger showed off her phenomenal figure and cheeky streak as she danced in a leopard-print bikini.

The Pussycat Doll vocalist, 43, opted for the strappy two-piece for her latest racy TikTok video. 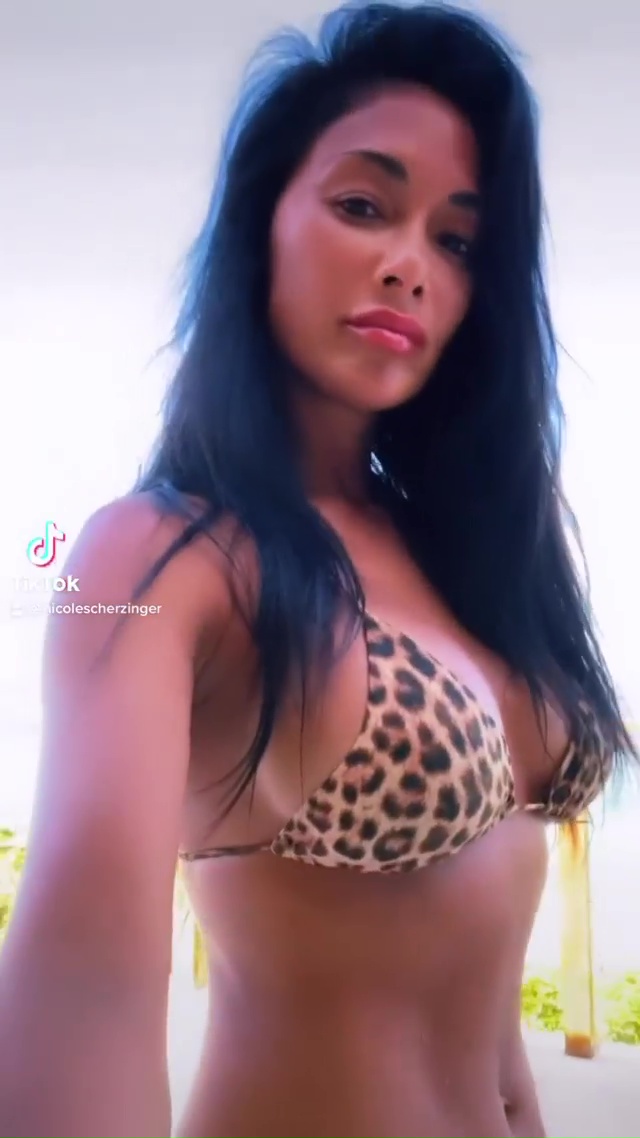 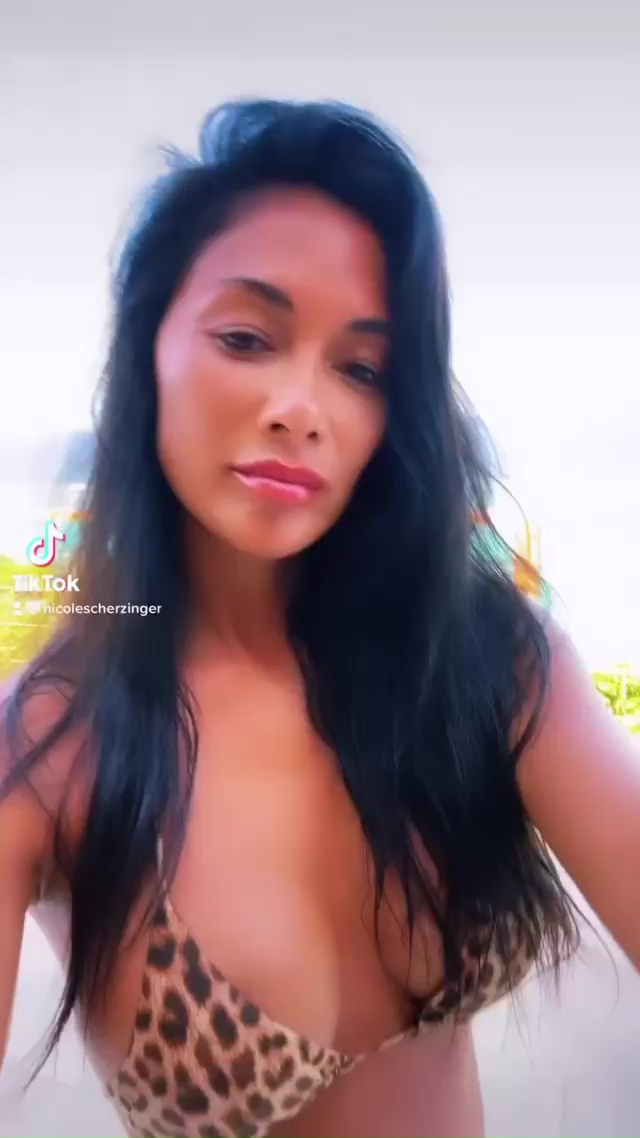 She left her hair in loose waves and wore minimal make-up bar a pink gloss.

The Don't Cha singer then panned the camera around to capture the stunning seaside scenery in the background.

After posting the clip to her Instagram page, she added the caption: "Canouan, I’m here 🏝✨ @trendingtravel.co.uk @mo_canouan #canouan."

Canouan is an island in St Vincent and the Grenadines and, if its anything like the star's other holidays, fans will be able to keep up to date on her antics on her social media.

Nicole is often seen accompanied by boyfriend Thom Evans as they share their romantic sun-soaked adventures with the world.

Nicole announced in November 2019 that she was reuniting with Ashley Roberts, 39, Jessica Sutta, 39, Kimberly Wyatt, 39, and Carmit Bachar, 47, for a tour across the UK and Australia, nine years after they split.

They also released single React, which became their first Top 40 hit in 11 years.

But Nicole has now said the tour is “impossible” after a huge fall-out with the band’s founder, Robin Antin, 60, who is suing the singer for “extortion”.

She alleges that Nicole is refusing to take part in the reunion unless she gets a larger share in the group’s latest business venture, PCD Worldwide.

The company was intended to manage the band’s brand into the future and could have included the launch of their own dance studio and a “next generation” spin-off version of the Dolls featuring new singers.

Robin claims Nicole is demanding her 49 per cent holding in the firm is increased to 75 per cent, giving her creative control of the group and “final decision-making authority”.

According to the lawsuit filed by Robin, Nicole said the “growth of her personal brand” and the “opportunities she would have to forego to engage in the partnership” was why she deserved an increased share.

However, in a fiery retaliation yesterday, former X Factor judge Nicole issued a statement through her lawyer, Howard King, in which she branded Robin’s claims as “ludicrous and false”.

The statement continued that the accusations, “Are a desperate attempt to divert blame for her [Robin’s] own failures by trying to impose obligations on Nicole that simply do not exist”.

The money is believed to have originally been handed to her to reunite the girls on stage for a series of concerts in Las Vegas — although it has been alleged that the group had not known about this deal before Robin agreed to it.

Those gigs never took place though the girls eventually agreed to a tour instead.

She is taking Nicole to court for the cash, blaming her for the collapse of the deal.

Nicole says she was unaware of the payment when Robin first accepted it.

The singer’s lawyer said: “Robin will fail in her efforts to trade on Nicole’s hard-earned success to pull herself out of a deep financial hole she has created by her own poor business and professional decisions.

“Prior to Nicole’s involvement, trading on Nicole’s name without her consent, Robin borrowed (and spent) $600,000 from Live Nation that she won’t or can’t repay.

“Nicole has invested her own funds in excess of $150,000 in support of a potential Pussycat Dolls reunion that has now been made impossible by Robin’s actions (including the public release of the group members’ confidential financial information).

“Nicole loves and respects the Pussycat Dolls fans and hopes to one day be back on stage performing the group’s amazing hits for them.

“Sadly, this will not happen under these circumstances.”

The other Dolls singers have so far stayed silent on the matter, although they are believed to be upset about the fallout following hundreds of hours of preparation and build-up to the reunion and tour.

When the band announced their return, they did performances on The X Factor and Ant & Dec’s Saturday Night Takeaway to promote the tour, which was due to kick off in May 2020.

That was then delayed to the autumn because of the pandemic and then again to May 2021, failing to take place for a third time due to the continuing restrictions.

But the gigs now appear doomed. Paying customers are expected to receive a refund because of the stalemate between Nicole and Robin, who owns the rights to the group.

It also means planned new music, which Nicole spent time working on last year, will not be released by the group.

The singer, who is dating former Scotland rugby player Thom Evans, 36, had been due to bank the biggest amount from the reunion.

Legal documents show she stood to take a 32.5 per cent share of the net profits from the tour.

Founder Robin, along with Dolls Ashley, Jessica and Kimberly, would each have received 12.5 per cent of the takings.

Final member Carmit, who returned despite quitting the group in 2008, before their second album, was in line to bank five per cent.

Robin founded the Pussycat Dolls as a burlesque troupe in 1995.

They evolved into a pop group almost a decade later. They burst into the charts in 2005, with debut single Don’t Cha going straight to No1. It stayed for three weeks.

They have since scored eight Top Ten hits, sold more than 55million records worldwide and collaborated with the likes of Will.i.am, Busta Rhymes, Snoop Dogg and Missy Elliott.

Their success also helped launch Nicole’s solo career, which has seen her have a string of hit singles, star in the musical Cats on the West End, bank millions as a judge on shows including The X Factor and The Masked Singer USA and voice a character in 2016 Disney movie Moana.

Since their split, other members of the band have told about the difficult conditions they were made to work under. 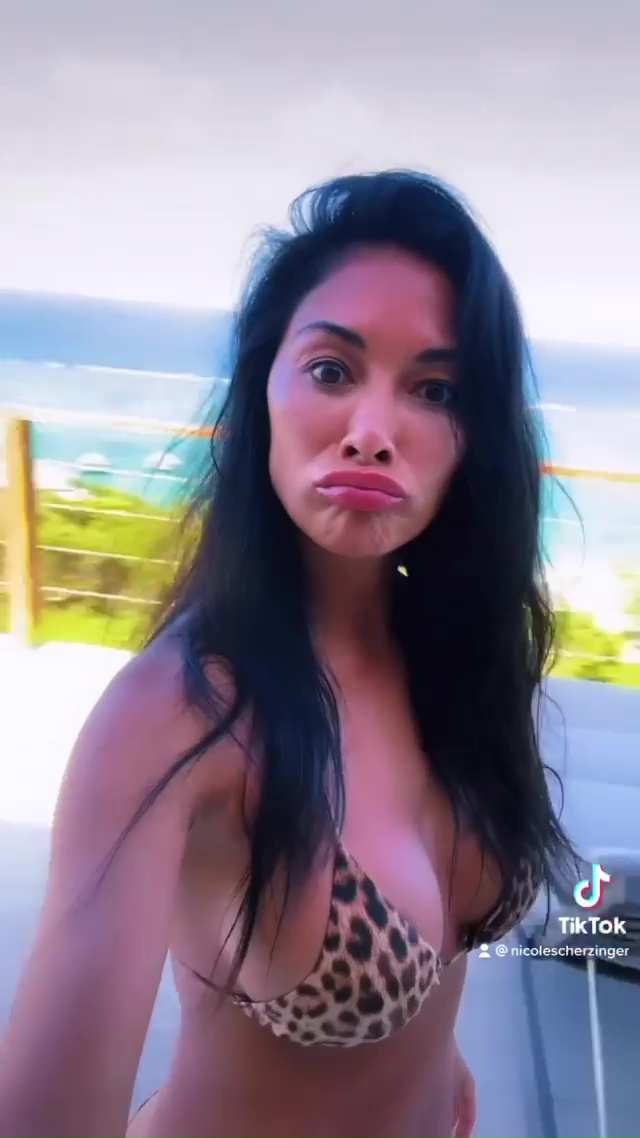 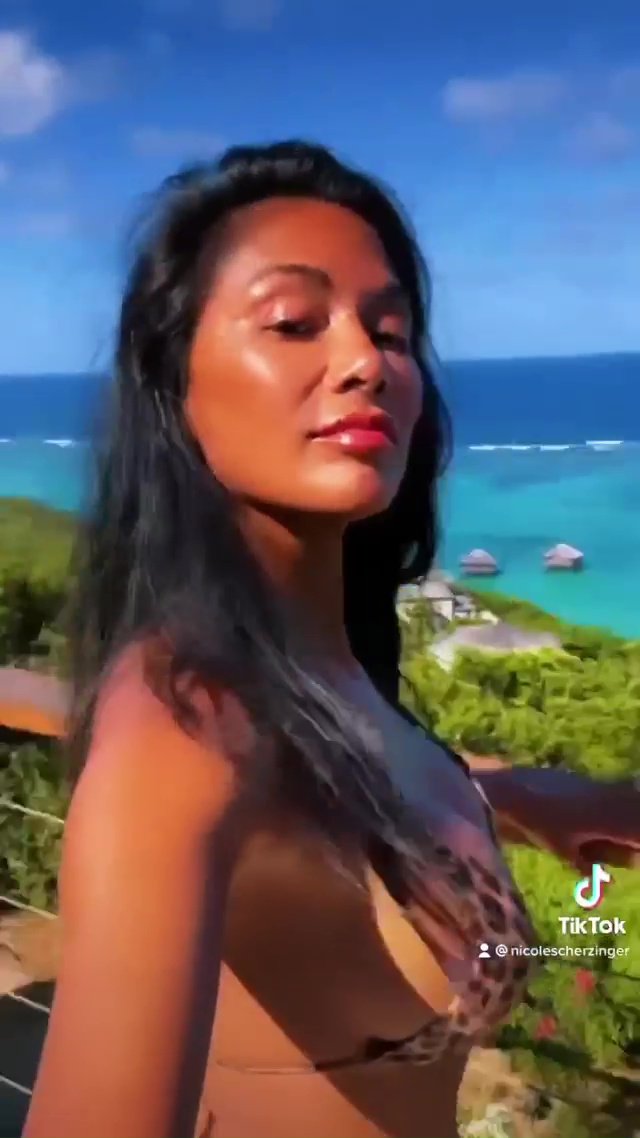 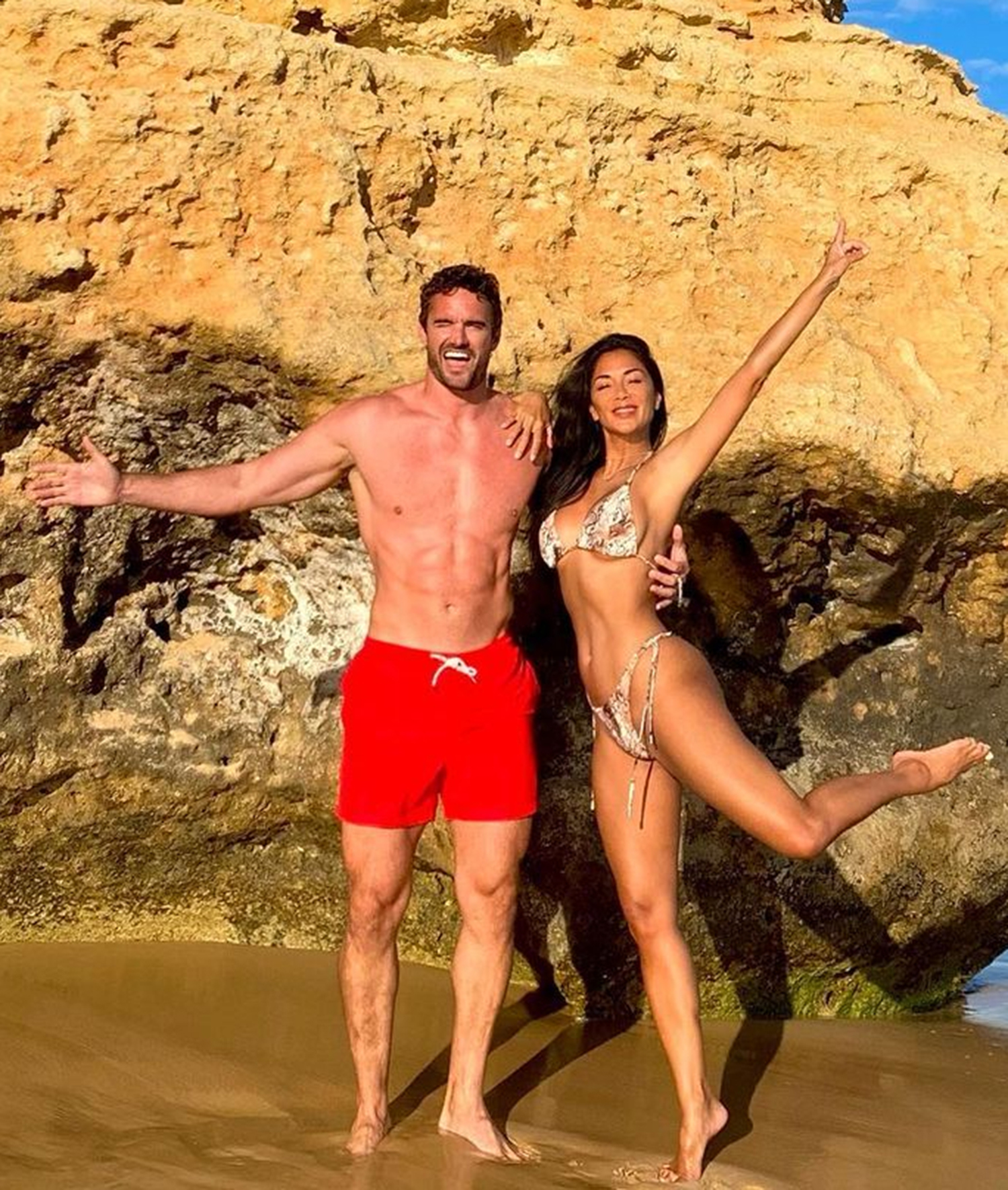