Netflix’s Obliterated has added 11 new actors to its cast including Carl Lumbly (The Fall of the House of Usher), David Costabile (Billions), and Virginia Madsen (Joy).

Recurring stars and their respective roles are as follows:

Lumbly will play CIA Director “Langdon”, Ava’s (Shelley Hennig) boss and longtime mentor, as well as her government liaison for this mission; Costabile will play “Maddox,” a black market operative and a worthy adversary for our heroes; Costa Ronin (The Americans) will play “Ivan Koslov,” a cunning arms dealer who uses wits and charm to stay one step ahead of the special forces team; Lindsey Kraft (Grace and Frankie) will play “Yani,” a free-spirited lounge singer with a heart of gold and a yearning for love; Tobias Jelinek (Agents of S.H.I.E.L.D) will play “Ehren,” a lethally effective one-man Swiss Army Knife; Minnie Mills (The Summer I Turned Pretty) will play “Jen”, the daughter of special forces pilot Paul (Eugene Kim), who heads to Las Vegas for her prom after-party, but unknowingly puts herself at the center of her dad’s mission. 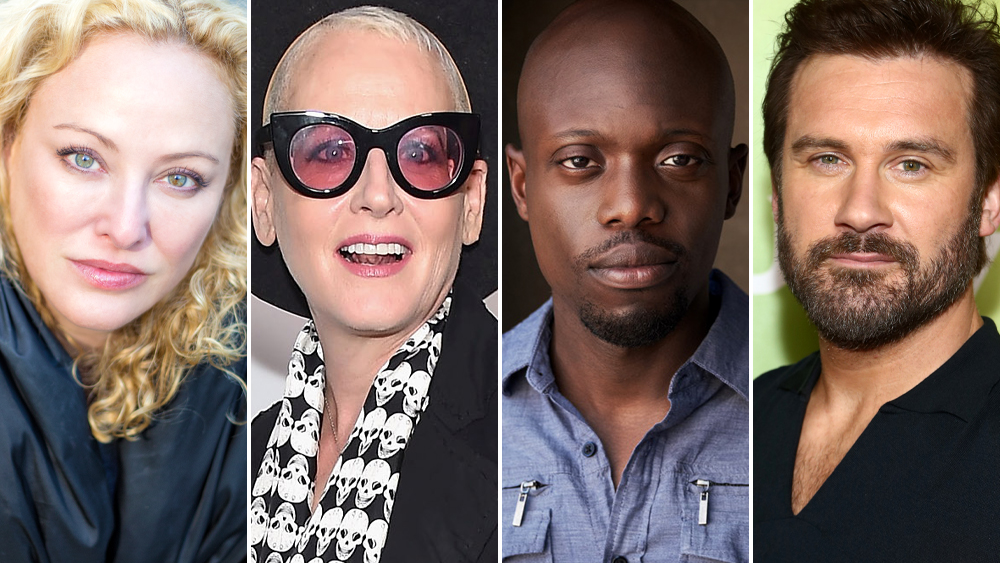 Guest stars include Madsen in the role of Marge; Lori Petty (Orange is the New Black) as Crazy Susan; Clive Standen (Taken) as Liam; Ivan G’vera (The Defeated) as Vlad; Keston John (Avatar: The Way of the Water) as Mr. Dugan.

From Cobra Kai creators on Hurwitz, Hayden Schlossberg, and Josh Heald, Obliterated tells the story of an elite Special Forces team who thwarts a deadly threat to Las Vegas. After their celebratory party filled with booze, drugs, and sex, the team discovers that a bomb they deactivated was a fake. The now-intoxicated team has to fight through their impairments, overcome their personal issues, find the real bomb and save the world.

Obliterated is executive produced by Hurwitz, Schlossberg, and Heald, along with Dina Hillier for Counterbalance Entertainment. Sony Pictures Television is the studio.