Earlier this fall, HBO’s remake of Scenes From a Marriage began most episodes with an odd structural device, in which we watched actors Jessica Chastain and Oscar Isaac, as themselves, moving through the Scenes stages and getting into character before the opening scene began. It was a distracting creative choice that didn’t fit in with anything that the miniseries was otherwise doing or about, and only seemed designed to remind the audience that they were watching two world-class actors practicing their craft.

Now along comes Landscapers, another HBO limited series built around a pair of incredible performers in the story of a marriage built on unstable ground. It also periodically shows its two stars, Olivia Colman and David Thewlis, walking through and around sets on a large soundstage. And it features other moments throughout that call attention to the artificial nature of any filmed entertainment, even a true-crime story like this one. But in this case, the breaking of the fourth wall becomes a crucial thematic piece of the story — and the most interesting element of a project that doesn’t quite click, despite the abundant talent on display.

Colman and Thewlis play Susan and Christopher Edwards, English spouses living a quiet and wholly unremarkable life until the day in 1998 when she shot and killed her parents, Patricia and William Wycherley, and he helped her bury the bodies in his in-laws’ back garden. For years, the couple maintained the fiction of the Wycherleys still being alive so they could collect their pensions. The miniseries — written by Colman’s husband Ed Sinclair and directed by Will Sharpe (The Electrical Life of Louis Wain) — begins with Susan and Chris living in France years later, having wasted all the money they scammed on movie memorabilia, particularly anything involving Susan’s favorite film star, Gary Cooper. Meanwhile, Chris’ spirits are occasionally buoyed by letters he receives from famous pen pal Gérard Depardieu. Desperate for money — and/or perhaps sick of an impoverished, quasi-fugitive lifestyle — Chris confesses the crime to his stepmother, and he and Susan soon return to England to turn themselves in and defend themselves in court.

Over the course of the story, we see that most of the facts of the case are agreed upon by both sides, other than motive. Police and prosecutors see the Edwardses as greedy opportunists, while Susan insists the killings were a long-overdue outburst prompted by a lifetime of emotional abuse. Because most of the matter boils down to events to which Susan is the only living witness, there’s not much in the way of legal maneuvering. When we see Susan talking with her lawyer, Douglas (Dipo Ola), he functions more as a sympathetic ear than a master strategist. And even the interrogations of Susan and Chris by detective Emma Lancing (Kate O’Flynn) are for the most part straightforward.

Because there are few twists and turns, and because the crime itself is relatively modest and sad, the experience of watching four hours of Landscapers can at times feel as stifling and mundane as the lives Susan and Chris lived both before and after she killed her parents. Instead, the intrigue comes from the typically great performances by Colman and Thewlis, and from the blurring of reality and cinematic fantasy that the filmmakers deploy throughout. We see early and often that because Susan’s own life was so miserable, she would refashion her bleak circumstances into something more dramatic and suited to the movies she grew up loving. At times, Chris is outfitted as a cowboy in black like Gary Cooper, and at others, Susan and Chris become star-crossed lovers in some kind of soft-focus drama from the Thirties. When the cops bring the Edwardses in for questioning, at one point we see them all witnessing the events of the killings like they’re profilers in a Hannibal Lecter thriller. At another point, Lancing leads them out of the interrogation room set to another part of the Landscapers studio — walking past various crew members wearing masks and other Covid protective gear — where her parents’ home has been recreated.

After a while, even the scenes that don’t explicitly turn into movie pastiches or self-aware departures from the text conjure up thoughts of films. When we see the cops setting up the first interview, for instance, it’s hard not to notice all the ways an interrogation room is like a movie set, with cameras and microphones and an audience watching events unfold through a screen, cheering every time the story takes an interesting turn. 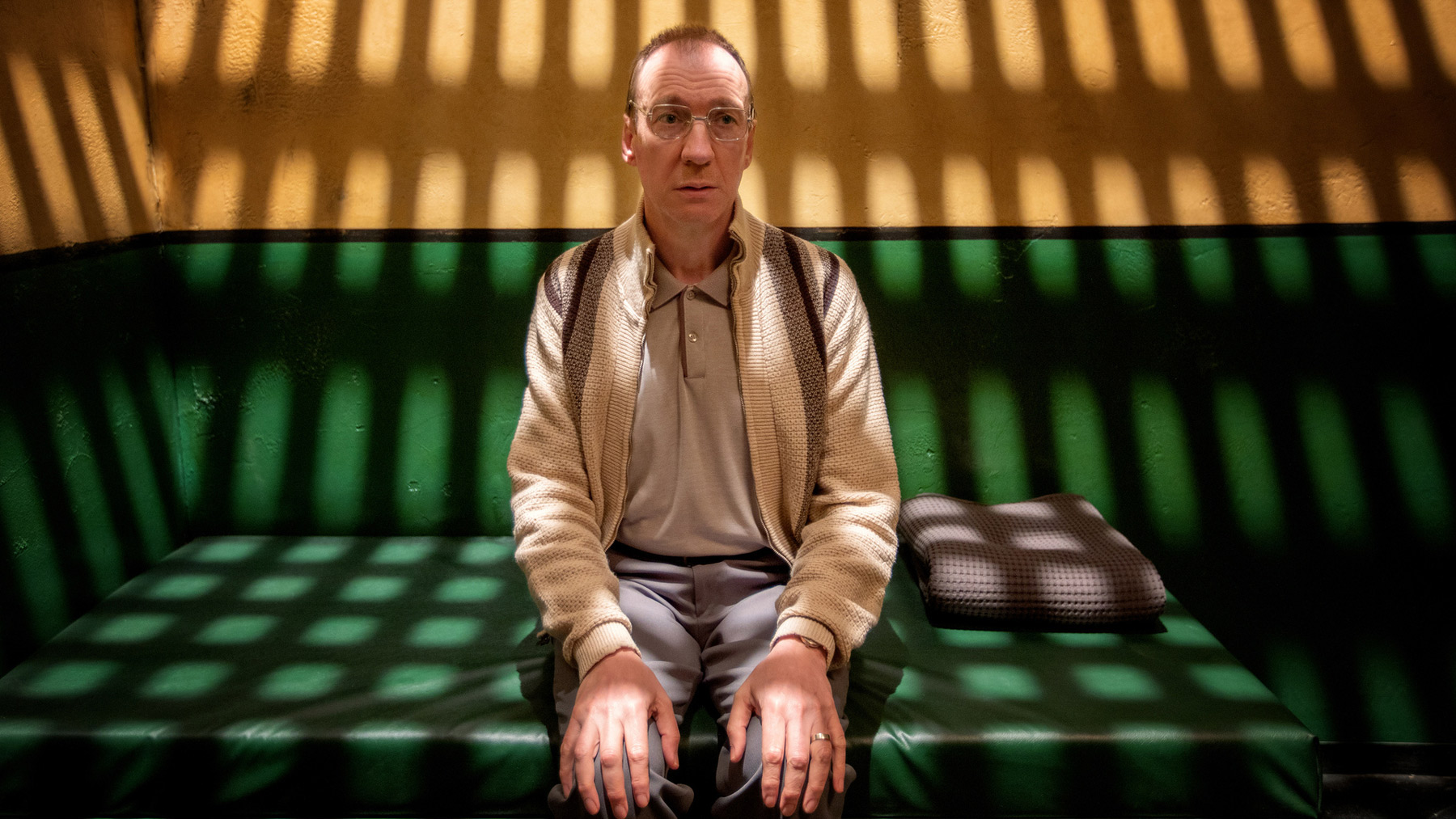 “I never cared about being shut out from the real world,” Susan explains at one point, “because I never felt like I was allowed to arrive here in the first place. I’m not here anyway, am I? So what’s the difference? What’s the difference between here and somewhere else in my head?”

The difference, unfortunately, for viewers of Landscapers, is that the excitement gap between what’s in her head and what’s in front of her eyes is the same for us as it is for her. Colman and Thewlis do just as well slipping into these larger-than-life outlaw guises as they do playing the buttoned-down and lonely “real” versions of their characters, and Sharpe and his crew shoot the various pastiche sequences with flair. That the same level of energy is lacking from the more fact-based sequences is the point of the thing, but there’s just not enough to that end of the project to carry four hours of television.

One of the Depardieu letters that Chris receives contains a passage about the meaning of the phrase “la vie en rose,” claiming it is “to look up at the stars instead of in the gutter. To see the beauty that exists in life, even when it is difficult to find. Perhaps sometimes, even when it is not there. This is the purpose of stories, and the purpose of cinema.” Landscapers does well in illustrating the value that even the most despairing of us can find in stories, and in cinema, even if it only sometimes manages to find beauty lurking within this grim little tale.