Only Fools and Horses viewers were over the moon when the youngest Trotter brother finally found love with Cassandra (played by Gwyneth Strong) after many romance fails. However, in the Channel 5 documentary Only Fools and Horses: Secrets and Scandals, fans learned Rodney’s (Nicholas Lyndhurst) wife in the series nearly looked very different.

With the show growing increasingly popular over the years it was broadcast, the cast also grew with new characters being thrown into the mix.

When series six rolled around, Cassandra was introduced to play the girlfriend and later wife of Rodney.

In the Channel 5 documentary, author Mike Jones revealed there were many people who were considered for playing the new love interest.

He said: “Most notably Liz Hurley.” 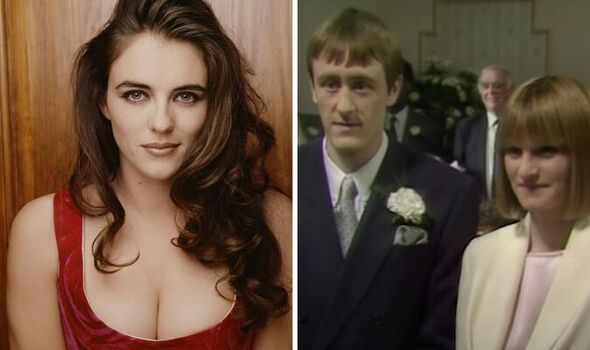 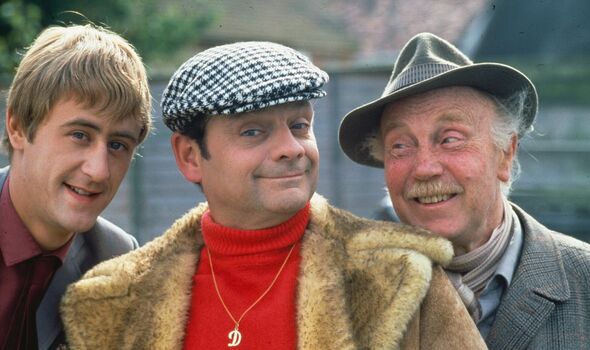 Mike continued: “She auditioned for the role and it was felt that perhaps she was probably a little too glamorous for…how can I say it diplomatically? Our lanky Trotter brother.”

In the end, the role was given to Gwyneth and she first appeared in the show when her character met Rodney at evening school.

They met when he accidentally took her coat, which was identical to his, before later dancing in a nightclub and discovering a connection.

The same series saw the couple get married and Rodney finally moved out of the flat he shared with his brother, Del Boy (David Jason). 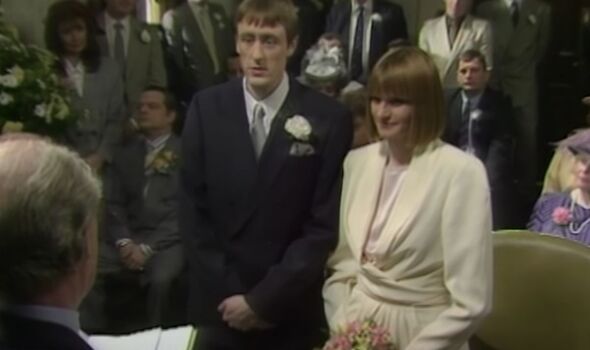 Elsewhere in the documentary, Sue Holderness, who played Marlene Boyce in the BBC comedy, recalled one terrifying incident that happened on set.

The actress was speaking about a special Christmas edition of Only Fools and Horses where the cast got to film in Miami.

She admitted filming in the Everglades was “frightening” due to them being short on time to film their scenes.

Sue touched on one particular stunt that involved the two brothers sitting on a log with an alligator behind them, that was being watched by a man called Shaun behind the scenes.

Speaking about the incident, she said: “The idea was that the alligator would walk up behind Del and Rodney.

“They’d run off and the alligator would run towards them and there was a bowl of food.”

Once everything was set up, the animal was then let off its leash to head towards his mark.

“Well, the boys were at the other end of the forest by then.

“I’d lost the alligator in my camera and it was about two feet from me!

“Shaun, the chap who was supposed to be in charge had leapt on its tail, grabbed its jaws shut and was wrapping this thing around it.

Only Fools and Horses: Secrets and Scandals is available to watch on My5 now.