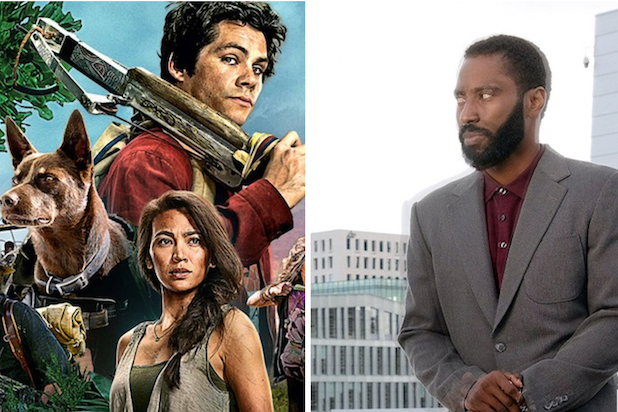 Monday’s Academy Award nominations narrowed the field in this year’s Oscars to 41 feature films, 39 of which are now available for members to view in the Academy Screening Room. But Warner Bros.’ “Tenet” and Paramount’s “Love and Monsters” are both MIA.

Both films are available to voters who don’t mind paying for digital or DVD rentals or purchases, but they’re not in the members-only online portal where voters can watch the nominees. Before the nominations were announced, neither film was among the 220-plus features that paid to be in the screening room for Best Picture consideration — and they remain absent from the screening room offered free of charge for all nominees.

Christopher Nolan’s “Tenet” was nominated in the Best Production Design and Best Visual Effects categories, while the Dylan O’Brien led YA adaptation “Love and Monsters” received a nod in the latter category.

In the section of the screening room devoted to the VFX category, voters can view the 10-minute video presentations that were prepared for the March 6 “bakeoff” for the Visual Effects Branch members who chose the nominees. But if you try to watch the full films, the screen will show the Academy logo along with a message, “NOT MADE AVAILABLE.” 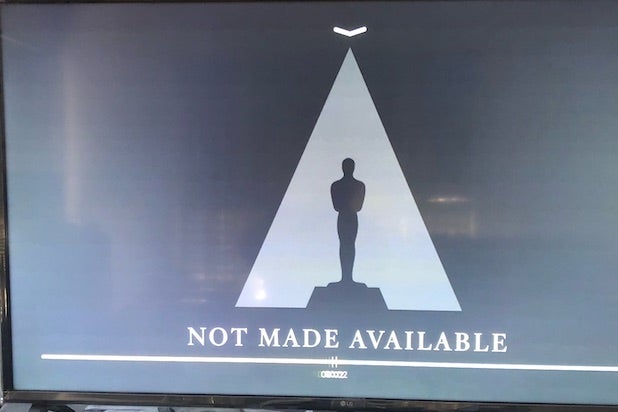 Warner Bros. and Paramount did not respond to TheWrap’s questions about why “Tenet” and “Love and Monsters” are missing from the screening room, or if they plan to make them available or get them to voters in other ways.

Academy members who want to see those films can still do so, of course, just not through the Academy’s screening platform. “Tenet” is available on Blu-Ray, DVD and digital; it also returned to theaters in New York in early March, and will be available by the end of the week in multiple theaters in Los Angeles, which has reopened theaters at a limited capacity. “Love and Monsters” is available to rent or buy on digital services like Amazon for $5.99, and on DVD through services like Redbox for as little as $1.80 a night.