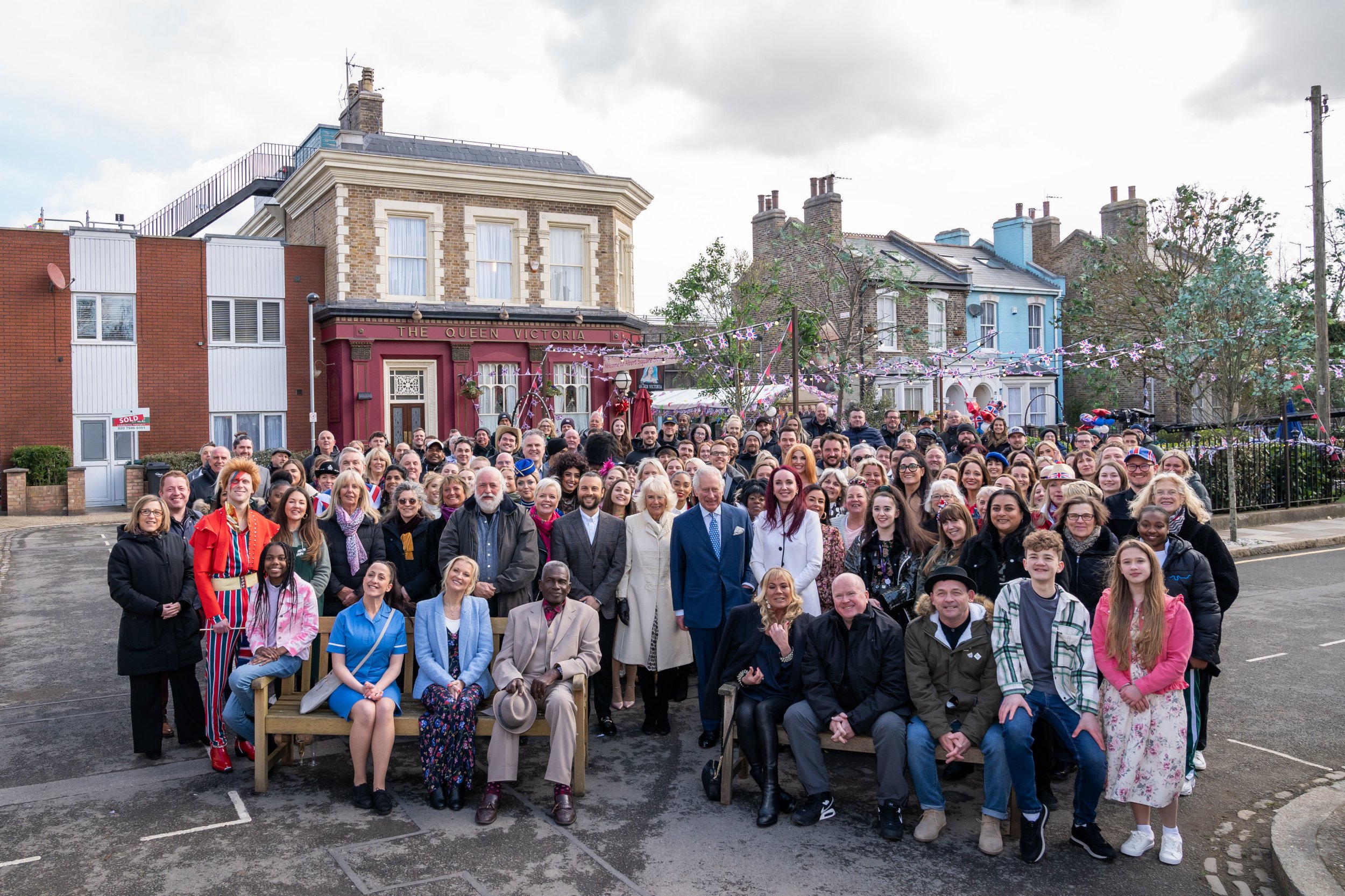 The Prince of Wales and The Duchess of Cornwall paid a visit to the EastEnders set yesterday ahead of the Queen’s Platinum Jubilee celebrations.

Prince Charles and Camilla watched as the cast filmed special scenes that featured multiple Albert Square residents partaking in a street party, just like the many happening this summer to celebrate the big event.

While on the set, Camilla spoke to Gillian Taylforth about how she has appeared in the show since the very first episode.

She also chatted to Rose Ayling-Ellis, informing the Strictly star that the Royal Family watched her on the show and supported her journey.

As the cast and crew joined them for a photograph, Prince Charles noticed how cold Letitia was and kindly handed his coat to her.

Discussing the very memorable moment, Letitia said ‘Today was a very special day for all at EastEnders. As a company we are all incredibly proud of the show we make but to have a visit from the Royal family makes it all the more special.

‘To have the opportunity to mark the Queen’s upcoming Platinum Jubilee with a visit from The Prince of Wales and The Duchess of Cornwall was just beautiful and it will go down in EastEnders history but it was made all the more special for me when The Prince of Wales handed me his coat to keep me warm – what a gentleman, what a couple, what as we say in EastEnders a proper family’

Chris Clenshaw, Executive Producer added ‘We at EastEnders are all so incredibly grateful that The Prince of Wales and The Duchess of Cornwall came to visit EastEnders as we filmed our special episode that shows the residents of Albert Square celebrating the Queen’s Platinum Jubilee, just as those around the country will be doing this summer.

‘We cannot thank them enough for taking the time to come to Walford, this is one moment that will go down in EastEnders history as we all celebrate 70 years of Her Majesty’s reign. Today was truly an honour.’

As their Royal Highnesses left Walford they were presented with a signed Albert Square sign from the cast as well as a rousing cheer, sending them on their way.

They didn’t depart in a black cab, of course.