Alice Braga stars in the American adaption of the book La Reina del Sur written by Spanish author Arturo Pérez-Reverte. In Queen of the South, she is the woman behind Teresa Mendoza whose journey from poor money changer to leader of one of the world’s biggest drug cartels is followed in the series. While the flash-forward scenes have shown how her business will reach new heights, Teresa hasn’t been afraid of getting her hands dirty.

WARNING: This article contains spoilers from Queen of the South.

Throughout the first four seasons of Queen of the South, Teresa has found herself in shoot outs, jumping off balconies, in car chases and explosions, among numerous other dangerous situations.

In series four, Teresa was in a coma as a result of the explosion caused by Judge Lafayette (played by David Andrews) which ended up killing her godson Tony Parra (Julian Silva).

She has also pulled the trigger on various enemies, fighting off rivals and coming away with scratches and bruises.

And yet, so far, every time Teresa has come away the victor, proving her capabilities not only as a businesswoman but as a survivor. 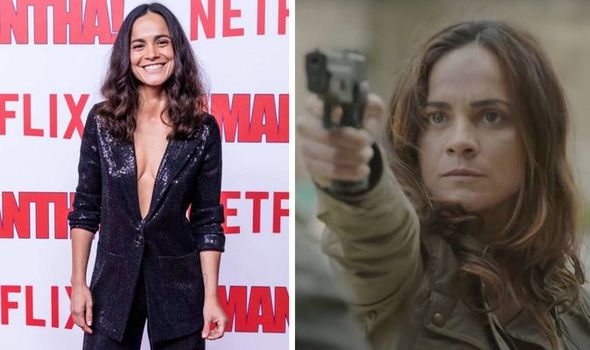 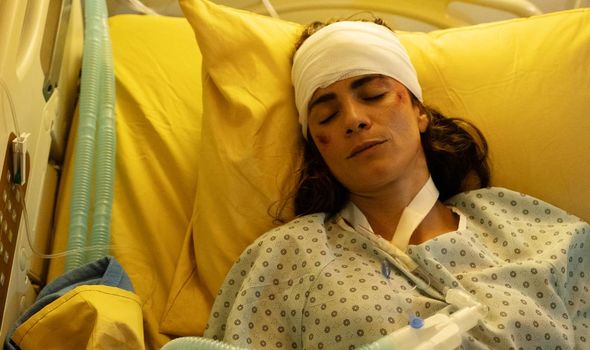 Does Alice Braga do her own stunts in Queen of the South?

Actress Braga has previously said how she likes to get to know her characters as much as possible to be able to portray them.

For Queen of the South, she made notes on what Teresa is like in the original book, the way she dresses, as well as how she interacts with the other characters.

To really feel like Teresa, Braga also does like to do her own stunts in Queen of the South, whenever she is allowed to.

However, it doesn’t always go according to plan with Braga getting injured on set. 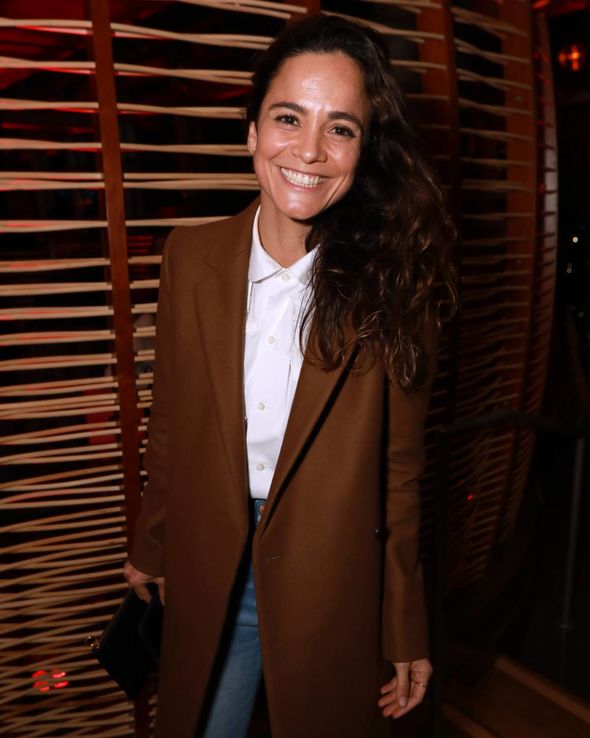 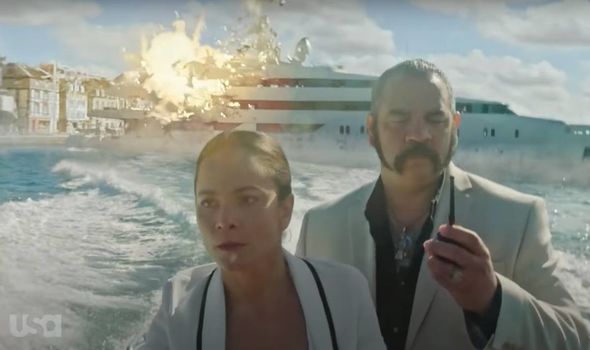 Speaking to Backstage, the actress said of how she hurt her foot during a running scene, saying: “When I wear heels, my ankle’s still completely off.”

She also reportedly described how she also got hit in the mouth with a gun while filming another scene.

Braga laughed: “I’m the type of crazy actress that is very ‘Let’s do it! Let’s do it!’.

“[But sometimes the executives] were like ‘Don’t.’ So it was funny.”

The actress most recently hurt herself while filming for the latest season of Queen of the South.

Braga and the rest of cast and crew are currently in the middle of filming series five of the USA Network drama.

However, in November, Braga shared a photograph on Instagram of her hand wrapped in bandages.

She simply captioned the picture: “Teresa is back.”, with a thunder emoji and tagging in showrunners Benjamin Lobato and Dailyn Rodriguez.

So the star has already hurt herself while filming the latest season and if she is doing more of her own stunts, may not be her last injury.

She has dived straight into doing stunts during other projects as well, including the 2014 action thriller Kill Me Three Times.

Speaking to Bloody Disgusting at the time about doing stunts, Braga said: “I did almost everything. There’s a stunt girl that did some, like she did the rolling down the hill one and all that because I couldn’t do it, she did a lot actually, but some of them I wanted to do myself, especially because of camera-wise and all that. “It’s fun to make, especially. Apart from that, you bring more reality to it.

“It’s like a kid playing in the playground. So yeah, it was a challenge, physically you need to be ready for it and not hurt yourself, but of course, I know my boundaries.

“But it was a lot of fun. I hope people can notice it’s me, then it’s worth it to go through it.”

Queen of the South is available to watch on USA Network and Netflix.