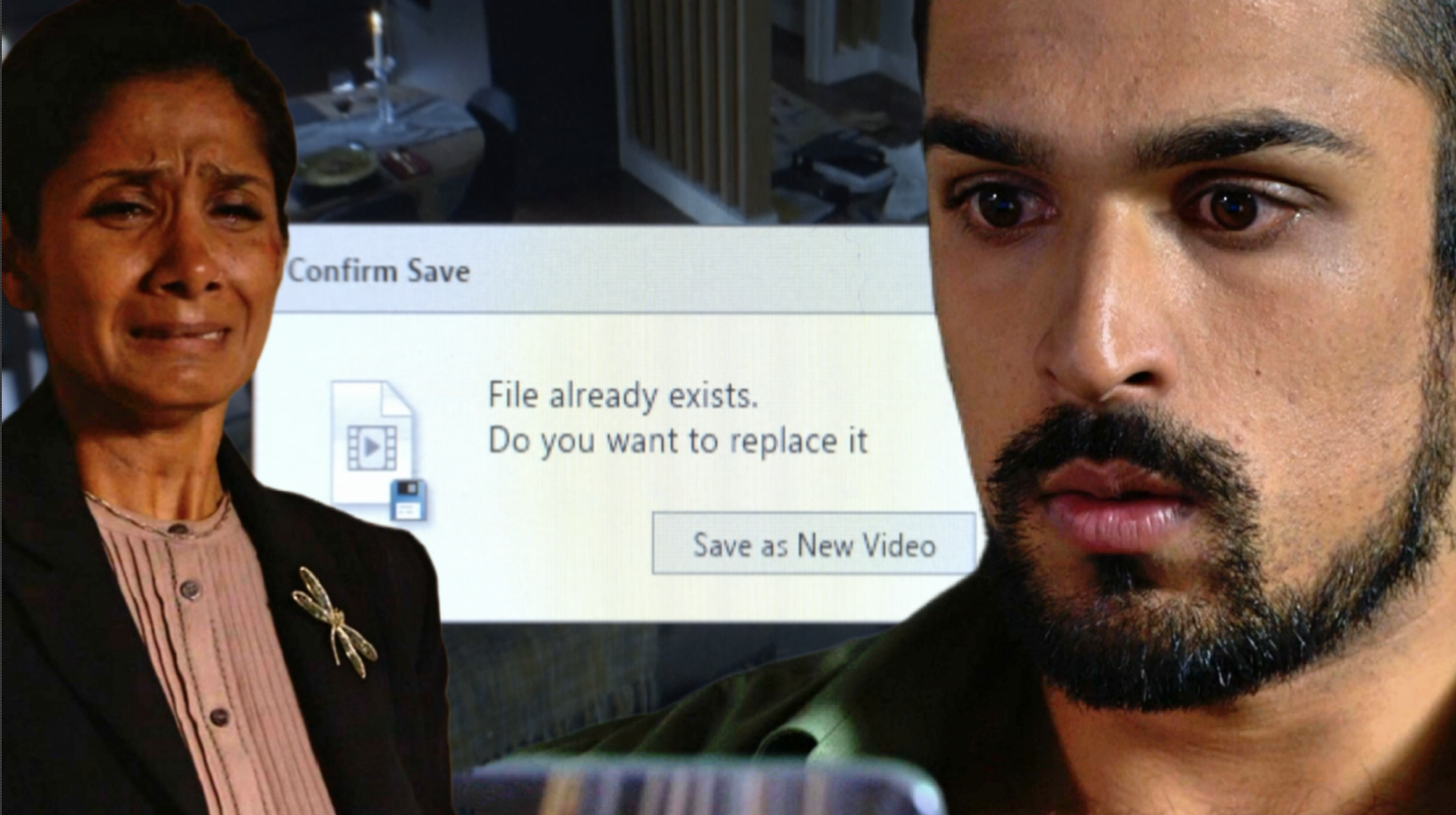 Ravi Gulati (Aaron Thiara) might not be the saviour that Suki Panesar (Balvinder Sopal) thought him to be in EastEnders, as the latest episode of the serial drama saw him alter camera footage to make her look like a killer.

We were all rooting for you, Ravi!

The newcomer, as viewers know, came to Suki’s rescue earlier this week, after finding his ‘dad’ Ranveer’s (Anil Goutam) body in her home.

Suki had been recording a heated discussion with Ranveer, hoping to get him on camera pressuring her for sex in exchange for his business contract.

Ranveer, however, became violent when the truth came out, grabbing Suki by the hair and forcing her back inside, where he proceeded to smack her.

In disturbing scenes, he got on top of Suki, and held her down, telling her that it’s ‘no wonder’ her children ‘hate’ her. Suki wrestled in his grip, and succeeded in grabbing a nearby clock, which she clobbered him over the head with.

He promised Suki he’d help her cover up the murder, but in shocking scenes, Ranveer regained consciousness, and became abusive towards his son for assisting Suki.

Ravi retaliated by attacking his dad, which ultimately led to his death. He subsequently took the camera and told Suki that he had ‘deleted’ the footage, but let’s just say that not all is as it seems.

Thursday’s (August 11) offering of the BBC One soap saw the character using a video editing software on his computer to trim the footage, deleting anything beyond Suki striking Ranveer – meaning that there is now no proof of his involvement in the crime.

Is Ravi simply covering his tracks? Or is he intent on using this edited footage to blackmail – or even frame – Suki with?

Only time will tell!

EastEnders continues Monday August 15 at 7:30pm on BBC One, or stream the next episode from 6am on Monday on BBC iPlayer.