On The Real Housewives of Salt Lake City, there is already a lot of drama and intricate levels to these friendships. All the housewives – Jen Shah, Heather Gay, Meredith Marks, Whitney Rose, Mary Cosby, and Lisa Barlow – are all so different, and at times it adds conflict to the dynamic.

In the premiere, fans were introduced to all the housewives. Heather Gay is divorced from “Mormon royalty.” She has her own business called Beauty Lab and Laser, and she describes herself as a “good Mormon gone bad,” and thinks of herself as “Mormon-ish.”

This week, Heather opens up about her divorce with new details.

Heather Gay has been divorced for 5 years 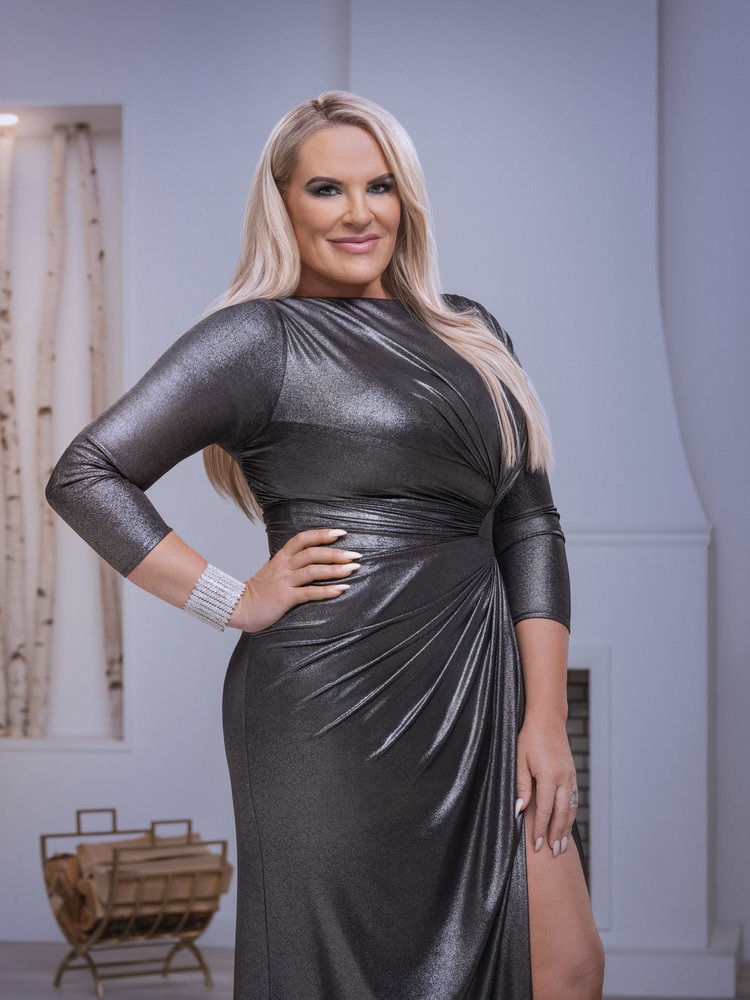 Heather herself comes from a long line of Mormonism, and her ancestors were “pioneers,” as they settled in Utah. “I am a pure bred, pedigreed, pioneer, Mormon,” Heather says. “My ancestors came across the plains as pioneers.” Her family settled in Utah, and she went on to marry “Mormon royalty.”

Heather was married to her husband, who comes from a very wealthy family, for 11 years, and they have three children together. But the wedded bliss wasn’t to last, as they divorced five years ago.

“I married into a family of extreme wealth,” Heather explains. “Howard Hughes comes in, hires my grandfather-in-law as his driver and henchmen. Howard Hughes loved the Mormons, and when he passed, the Gay family inherited a huge portion of his estate. The Gay family is worth billions, so I basically married into Mormon royalty. But it all came crashing down when we got divorced five years ago.” Heather says that in the Mormon church, “divorce is not an option.”

Heather opens up about her divorce

This week, Heather plans a baby shower for the five women who are pregnant at her business. Dre, Heather’s business partner, along with Jen Shah, and Heather’s friend Angie, talk about the upcoming shower and prepare for it. However, Heather ends up speaking about her divorce, which seems to be hard for her.

Heather shows off a picture of one of her daughter’s, and Jen inquires why she doesn’t have the image framed. “Because my world shut down when I got divorced,” Heather admits. She says that when she and her ex separated, she stopped taking pictures. Jen inquires why Heather felt that way after getting divorced.

“All I was born to do is to have a family,” Heather tells her friends. “When you get divorced, that’s taken away from you. I chose him, not because he was the love of my life, but because he was Mormon.”

She tells the cameras that her ex actually left her and said he didn’t want to still be married to her, and she “really resented” him for leaving, as she had given up so much for her life, but it didn’t work out in the end. It sounds like a very difficult time for her, as she stopped taking pictures, showing just how much it affected her.

“My husband left me after 11 years of marriage, and he said he didn’t want to be married to me anymore,” Heather tells the cameras. “And I really resented him for leaving me because I felt like my entire life, I had curtailed my natural instincts in order to achieve this family and this marriage in the temple, and these children. And I had given up a lot, and now he was saying he was giving up on me.”

Heather tells her friends that on her parent’s sides going back four generations there are no divorces. Heather was actually the first in their familial line to have a divorce. Jen tries to tell her that it’s just a “label being put on” them. Her friends try to tell her it doesn’t mean anything, but Heather says “it means everything.”

She says her “heart is Mormon,” and asks, “How am I Mormon and divorced?” Jen asks if hypothetically, if she should stay married if it’s “terrible,” and Heather gives a surprising answer.

“One hundred million percent,” she bluntly states. The whole thing is emotional for her, as she tears up. She also tells producers that she isn’t sure if she was ever in love, but thinks she might have been at 15 with someone she says didn’t even like her, so not including her husband.

We’ll have to see what the rest of the season holds for Heather Gay. Will she find love? If so, hopefully we’ll get to see it all go down.