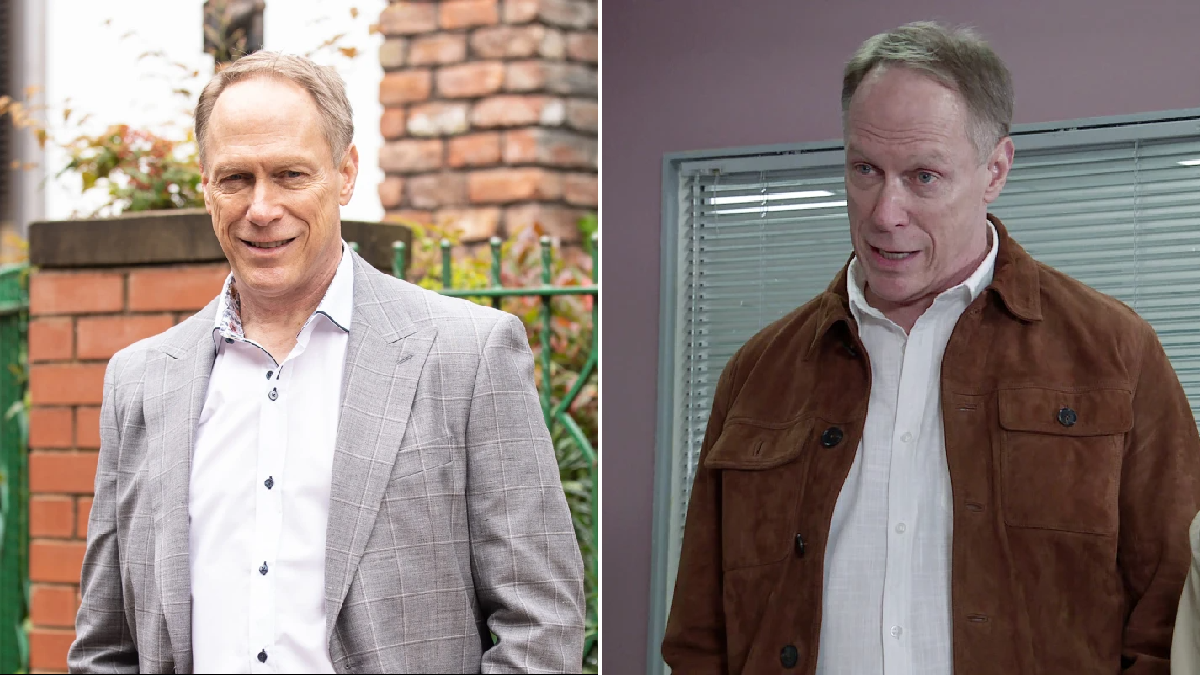 As Todd Boyce returns to Coronation Street to reprise his role as Stephen Reid, the son of Audrey Roberts (Sue Nicholls), his main storylines will clearly focus on his mum.

He’s been summoned back to Weatherfield by Sarah (Tina O’Brien) as concerns about Audrey’s drinking have been mounting.

But Todd has revealed to that Stephen is also going to find time for some romance in his life and one person in particular catches his eye – Tim Metcalfe’s mum, Elaine (Paula Wilcox).

‘First off quite quickly, there’s a bit of an attraction between him and Elaine,’ he told us.

‘Historically he was a bit of a toyboy and I love the repetition of that, he seems to be attracted to ladies who are a little bit older than him, not as much older as in the past but he definitely isn’t after the younger women on the Street.’

This may come as a relief to the younger women on the street, but how will Tim (Joe Duttine) and Sally (Sally Dynevor) react when he starts flirting with Elaine? And is he being genuine?

Todd thinks he is – though his reasons may not be entirely flattering for Elaine.

‘I think he’s looking for some security,’ he mused. ‘I know someone who lost his mum at a young age and he’s always dated older women. There’s something of a replacement possibly.

‘Although he’s not lost his mum, Stephen has not had her around, so he has always been looking for something in the women he has dated.’

If Elaine and Stephen do become involved there may be a twist on the horizon, as Todd also dropped a reference to Stephen having a wife – who may or may not still be in the picture.

‘I have been told that he has been married in the meantime [since his last appearance], so it will be interesting to see if she is still around,’ he says.

It sounds like Stephen’s return is going to be eventful, to say the least.

‘He has an eye for the ladies so that should be fun and there will be friction between him and the wider family,’ Todd promised. ‘Watch this space.’