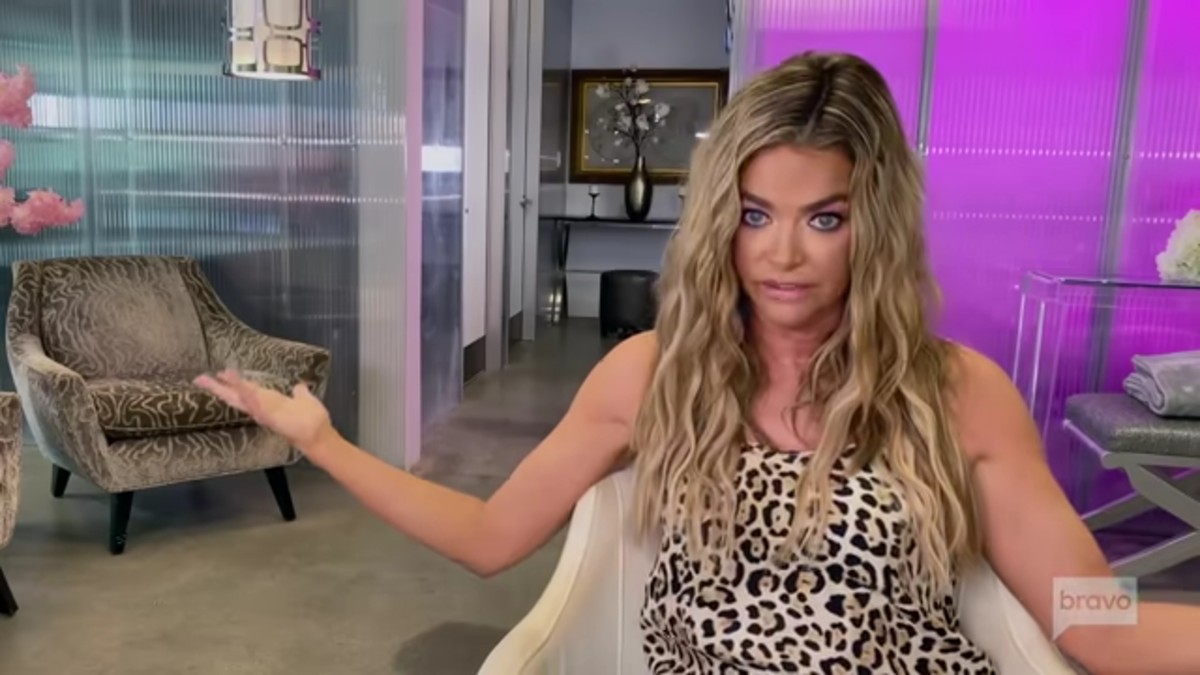 After a season full of secrets and lies, the ladies get to see each other face-to-face in a Zoom-like setting and rehash the drama. The sexual encounter that plagued the season (much like puppy-gate) will be addressed and more explosive accusations are to come.

When does the Season 10 reunion of The Real Housewives of Beverly Hills air?

Next week, part one of the three-part reunion will start airing. It begins Wednesday, September 2, and will continue for the following two weeks.

It won’t be a traditional reunion because of the coronavirus pandemic, but there will be plenty of things to discuss. The Real Housewives of Beverly Hills cast members still got dressed up and sat in from of their screens for a video reunion.

What goes down on The Real Housewives of Beverly Hills reunion?

In the Season 10 The Real Housewives of Beverly Hills reunion sneak peek, Andy Cohen is hosting all of the ladies and trying to moderate from afar. He gets called out by Denise Richards who believes he is trying to make her look bad after the discussion turns toward her alleged affair with Brandi Glanville.

Kyle Richards comes on strong with an accusation against Garcelle Beauvais. She alleged that during her charity event the newbie housewife placed a bid and didn’t follow through with paying for it. Garcelle looks shocked when Kyle spouts that out.

Several of the ladies are seen mocking Sutton Stracke about how she speaks and acts. She is a southern girl living in Beverly Hills and her high society practices and beliefs have allowed her to come off a certain way to some of the ladies. Will she be able to squash the beef with her fellow housewives?

Our Diamonds are back together (virtually) for an epic 3-Part Reunion, and this time, the designer gloves are OFF on September 2!

Dorit Kemsley has been on Denise Richards’ side. She didn’t believe Brandi and has attempted to stick up for her friend. During the reunion, she steps out and sticks up for her again and gets shut down by the ladies. Also, Kyle comes at Dorit as well, leading to speculation their friendship may be over.

Lisa Rinna will have her fighting gloves on. She confronts Denise about things and continues to argue over situations that transpired over the course of the season.

As Andy attempts to moderate, there is a lot of talking over one another. Denise, in true Denise fashion, will get up and exit the reunion. Whether she returns remains to be seen, but it happened all season long, so it happening at the taping isn’t shocking for anyone who has been following Season 10.

The Real Housewives of Beverly Hills airs Wednesday nights at 9/8c on Bravo.