Beginning not least with the cancellation of the Olympic Games in Japan, 2020 has been a year unprecedentedly devoid of sporting events. Though there’s been a slow return to normal there’s still no live audience, stadiums are mostly empty, and many athletes were left to hang up hopes after endless training. Enter “Rising Phoenix,” “McQueen” team Ian Bonhôte and Peter Ettedgui’s skillfully made, moving but never weepy, portrait of the adversities and triumphs faced among the disabled athletes of the Paralympics. While it doesn’t capture the same excitement of a live competition, the filmmakers damn well try, intercutting intelligently art-designed interviews with flashy visual symbolism, ethereal reenactments, and frequently nail-shredding archival footage from Paralympic Games of the past.

Narrated by Paralympics advocate Prince Harry, “Rising Phoenix” will probably introduce you to some of the Paralympics’ most famous figures, and the disabilities that have become a tremendous asset in their respective fields, from skiing while blind and fencing in a wheelchair. You may recognize Tatyana McFadden, a Russian-American Paralympic celebrity who, in spite of her spina bifida perennially crushes it in the field of T54, where athletes with spinal cord injuries compete using a wheelchair in track events.

Also a compelling figure is Jean-Baptiste Alaize, a Burundian-born French athlete and amputee who competes in sprint and long jump. His is a tragic backstory, regardless of disability status, as Alaize grew up amid the civil war between the Hutus and the Tutsis, and at the age of three watched his mother’s murder, while he had his leg amputated by a machete. The filmmakers gently weave this haunting past into Alaize’s present as he describes his yen for the long jump as rooted in “wanting to flee.”

The star of the show, whether by the filmmakers’ choosing or because she’s probably the most camera-stealing subject, is Italian wheelchair fencer Bebe Vio. A 2016 Gold winner in Rio de Janeiro, Vio had a severe case of meningitis at age 11, forcing doctors to amputate both her legs and arms. Vio makes for a terrific screen presence, verbose, animated and, most importantly, dramatic. This 23-year-old fencer clearly loves the limelight. A clip from her gold victory in 2016, up against Zhou Jingjing from China, shows Beatrice threatening to explode with excitement over her inevitable win, but also from pain, as her opponent accidentally bopped her over the head with her foil. No matter, as Bebe has, unsurprisingly, made resilience her stock and trade in life. 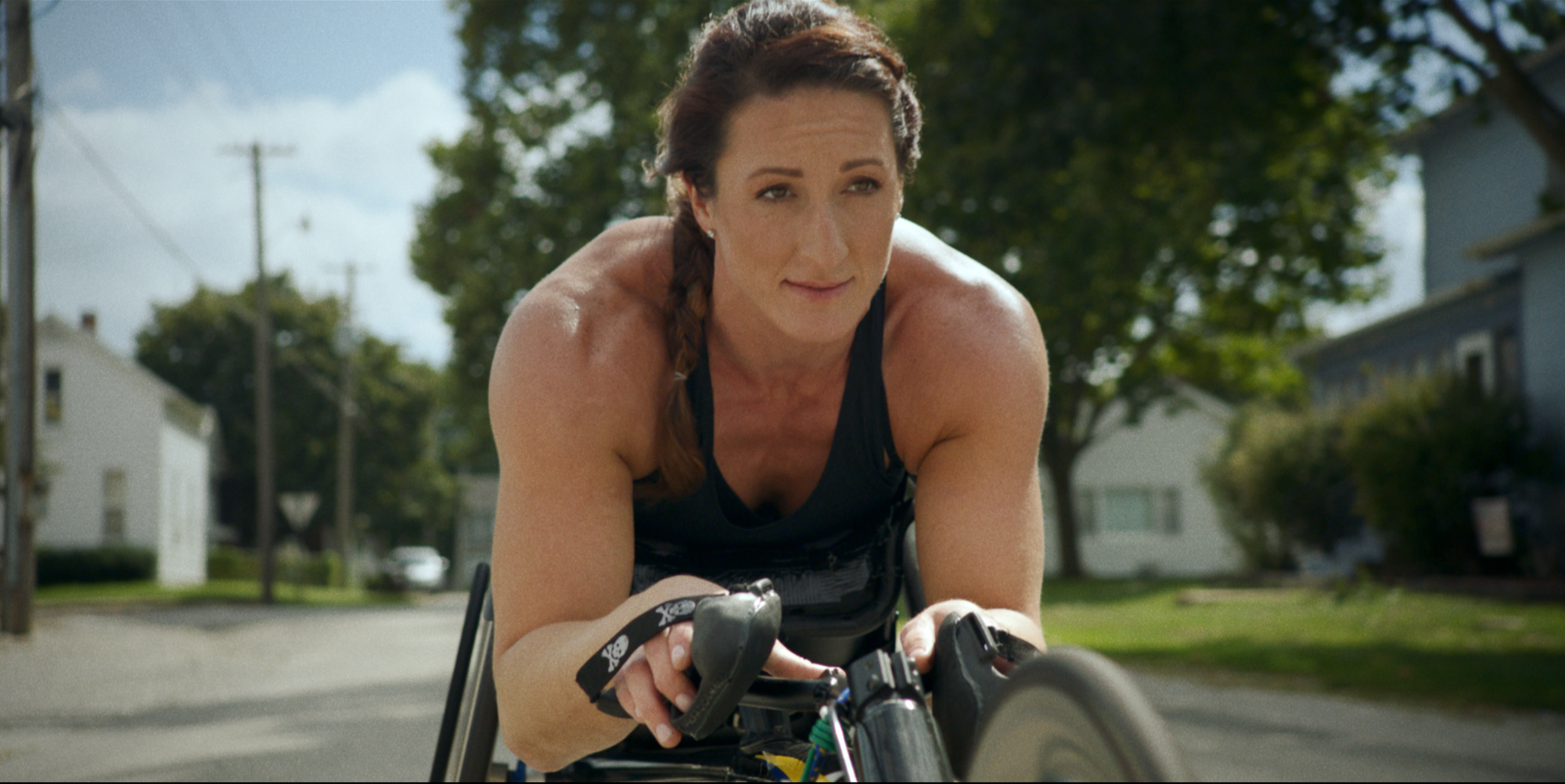 Intercut with interviews and Paralympics footage are, similar to the filmmakers’ approach with their 2018 Alexander McQueen documentary “McQueen,” likenesses of the athletes are made through CGI sculpture to look like icons of Greek mythology. Oversized and wrought seemingly in stone, the statues twist and twine in visually complicated feats of athleticism, and the device, never gimmicky, provides a distinctly cinematic counterpart to real-life events. The backstory of the 2016 Olympic games in Rio de Janeiro takes on the clip of a thriller with Otto Burnham’s nimble editing, as the organizing committee that year continues to sap funds and real estate from the Paralympics (unfortunately presented by broadcasters as just a sidebar to the main Olympics), and the Paralympics team scrambles to fulfill dwindling resources. Meanwhile, the impeachment fiasco of Brazilian president Dilma Rousseff provides a fractious backdrop to an already chaotic event.

The chorus of athletes highlighted by the movie is so vast and packed, the filmmakers can’t help but occasionally drop the ball on one or two occasions. Another lively subject is Ryley Batt, an Australian player of wheelchair rugby — also known as murderball — a highly bracing and violent sport where players in wheelchairs slam into each other wearing little protective gear. Batt’s story makes for quite the tearjerker, as the gold and silver Paralympic winner was born without legs, and though his parents felt woefully unprepared to step up to Ryley’s challenges his grandfather took him under his wing and set him up with a mini DMX bike as a kid.

It’s moving stuff, but never tragic. When the tears do flow in “Rising Phoenix” they’re never out of pity but out of an overwhelming marvel at — as cheesy as this sounds — the triumph of the human spirit, and over the human body. It’s hard not to talk about “Rising Phoenix” in sappy, saccharine terms. It’s all so heart-tugging, you’d have to be a stone to not get at least a little bit verklempt and that might be difficult for disabled viewers to take in.

That’s also because “Rising Phoenix” fully rejects a fly-on-the-wall approach, instead digging deeply into the subjects’ bodies and souls, juggling a necessary human-rights narrative about the disabled world with a flamboyant and, well, muscular wallop of pure cinema poetry. Ian Bonhôte and Peter Ettedgui’s flair for drama as seen in their Alexander McQueen documentary is on powerful display here, and with “Rising Phoenix,” their reverence for outsize, margin-defying, and fearless heroes gets another winning homage.

“Rising Phoenix” is now available to stream on Netflix.