Matt, 45, was joined in the Saturday Kitchen studio by husband and wife duo Chris Ramsay, 32, and Rosie Winter, to speak about their podcast.

The couple’s podcast is based on their everyday lives, which can include discussion about their own relationship as well as the struggles and joys of parenting.

Once the BBC cooking show got underway, the TV chef prepared his taco recipe for the pair and as they tucked in, Matt brought up the topic of his own home life dilemmas.

“I’ve got a beef with my wife. I just wanted to throw it into the air. It’s about restocking a dishwasher,” the host remarked.

Let’s not talk about it any more

“Personally, I think that’s divorce material,” he joked, with Rosie telling Matt: “You’re opening a can of worms here.”

The presenter continued: “Because when you stack a dishwasher and then somebody comes in behind you and just carefully takes it all out again…”

Rosie interrupted and asked the host: “So, you’re the bad one?” to which Matt replied: “I just put it in, because in my head, a dishwasher cleans dishes.”

Still enjoying her taco’s, Rosie chimed: “That’s me as well,” with Chris then jumping in to add his opinion on the matter.

“Right, let me just say, you should be in prison,” the comedian joked, with the presenter bursting into hysterics.

Chris continued: “Now, [I’m] very, very strict about the dishwasher. Rosie stacks the dishwasher like she is shot putting it in like she’s in the other room.” 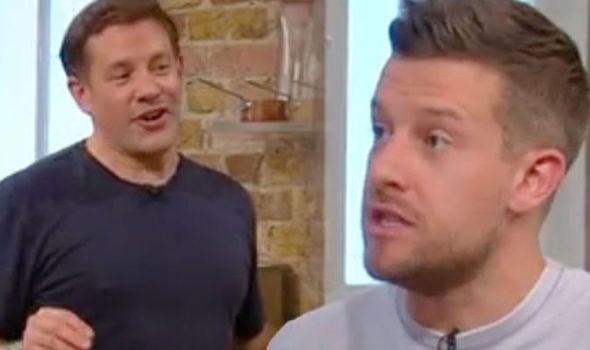 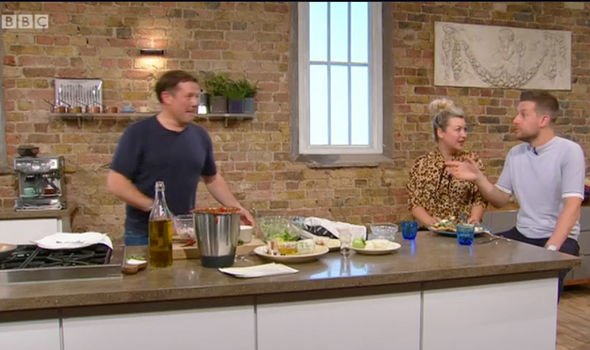 “It’s madness,” the comedian continued, to which his spouse added: “Got stuff to do.”

Still ranting about the dishwasher problems, Chris said: “There’s tupperware the wrong way so it collects all the manky mince water.

“Let’s not talk about it any more,” the presenter exclaimed, with Chris jokingly adding: “You’re poor wife.”

Adding to the conversation, one viewer posted on Twitter: “Surely people stack the dishwasher from the back don’t they or is that just me #SaturdayKitchen.” 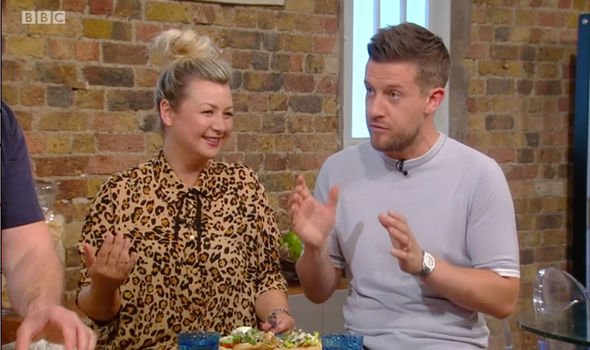 Other viewers were in awe of the podcasters making an appearance on the show, with one writing: “I love the way you can hear @IAmChrisRamsey and @Rosemarino whispering about how excited they are for the next bit haha! … yeah we hear you guys @SaturdayKitchen #SaturdayKitchen.”

Another added: “Loving Chris and Rosie on the show this morning! #SaturdayKitchen.”

Aside from the dishwasher debate, in last week’s show, Matt ended up slipping on some spilt avocado which had fun itself on the floor.

Taking the dish to the table for the guests to taste, Matt managed to hold himself up, with the presenter joking: “So slick.”

However, following the hosts recovery, viewers didn’t seem too appeased by the green soup the TV chef had prepared.

Saturday Kitchen airs Saturdays at 10am on BBC One.