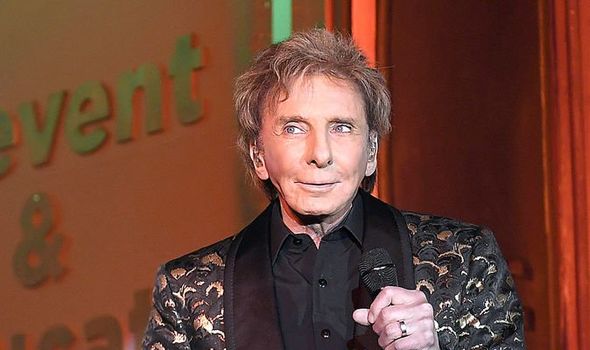 The US singer, 76, appeared on Good Morning Britain by video link, and described his music as “sexy and romantic”.

Kate, 52, joked: “Talking about sex, you’ve probably been played on many a romantic night.”

Barry then shocked her as he replied: “Oh yeah, I think so. I’ve been in the backseat of the car with you!”

Co-presenter Adil Ray then added: “You’re not the first guest to say that to Kate Garraway.”

Kate recovered quickly to join in, joking: “You could fill a whole Wembley Stadium of them!”

The awkward exchange saw the interview branded a “car crash” by viewers.

Technical errors at the start had left the audience cringing, as the hosts and Barry failed to hear each other over the sound of his 1973 track Flashy Lady, before Adil asked for it to be turned down. One viewer commented: “Barry Manilow is being interviewed on GMB at the moment and it’s absolute car crash stuff. 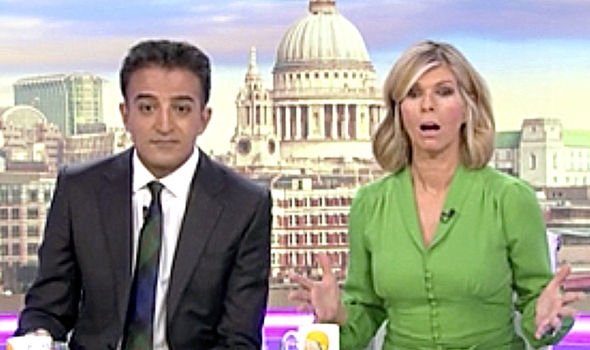 “He doesn’t seem to have a clue what day it is and looks like he’s about to start melting.”

The superstar singer, whose hits include Looks Like We Made It, Copacabana and Could It Be Magic, was promoting his upcoming album Night Songs II. He said: “It’s all the great American songbook, but I dug deeper and found some really beautiful songs.”

Barry has been married to his manager, former TV executive Garry Kief, since 2014. The two have been together for more than 40 years.

He will play a number of shows across the UK during his latest tour in May and June this year.