Marvel fans have been loving the new franchise’s latest Disney+ series, The Falcon and the Winter Soldier. Starring Anthony Mackie and Sebastian Stan, the show picks up after the events in Avengers: Endgame, with Sam Wilson and Bucky Barnes joining forces for a new adventure.

Many viewers of The Falcon and the Winter Soldier have taken note of Mackie and Stan’s chemistry, both on and off camera. Their natural ability to riff off of each other played a huge role in the two getting their own Marvel spinoff, with the idea originally being formed while filming Captain America: Civil War.

Years later, Stan took a look back on the 12-second scene that inspired the Marvel creative team to develop The Falcon and the Winter Soldier.

‘The Falcon and the Winter Soldier’ was inspired by a scene in ‘Captain America: Civil War’ 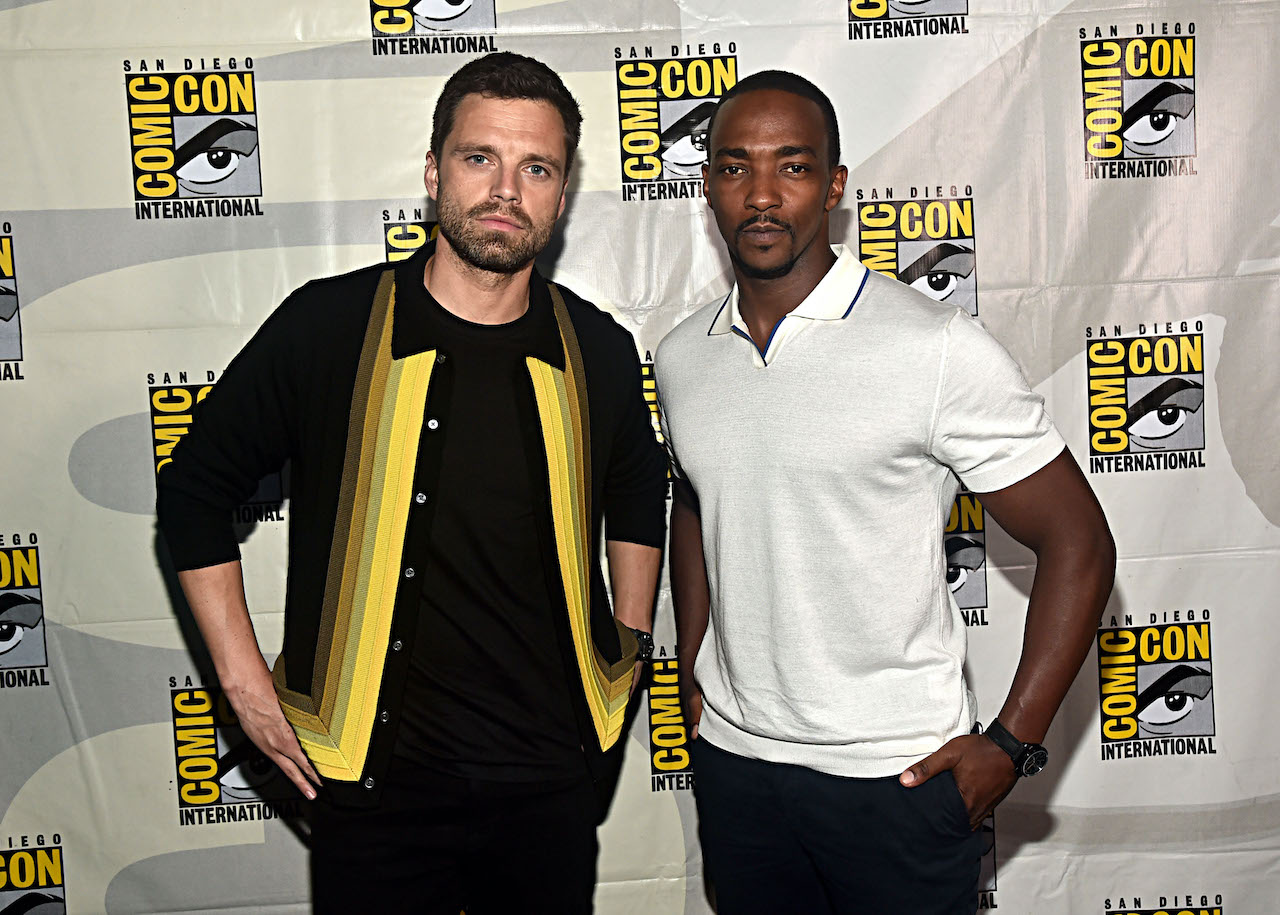 “I believe this series was ordained by Mr. Feige and all the Marvel fans in that 12-second moment of Captain America: Civil War when Sam and Bucky are sitting in a car together,” Spellman said. “I think everyone knew they had to have something together from that moment on. And it was just about the right time to bring it to life.”

Sebastian Stan shared his thoughts on the pivotal 12-second scene

Stan agrees that the scene was pivotal for the creation of The Falcon and the Winter Soldier, and looking back on it during a separate interview with Entertainment Weekly.

“The scene was in the script, and it was like a very cute little quick moment,” Stan said. “I think, when we got there the Russo’s were so encouraging to have us explore. And then we just kind of, take after take, Anthony would do something else, and then I would kind of adjust to that.”

In the same interview with Polygon, Spellman noted that after seeing Mackie and Stan’s interaction in Captain America: Civil War, everyone knew the Marvel team had something special.

“What those guys did in those 12 seconds was so rare, in that you know exactly what it’s going to feel like to have them onscreen.”

Marvel fans have certainly become more invested in Sam Wilson and Bucky Barnes’ stories since The Falcon and the Winter Soldier has started airing. Later in his interview with Polygon, Spellman claimed that by the show’s conclusion, both characters will have been completely reborn.

“Bucky Barnes is dealing with grief. Same with John Walker [played by Wyatt Russell] — they both have different incarnations of a veteran story, in that you do everything for a country, and then who’s there to pick up the pieces for you? And then Sam is dealing with the symbolism of being Captain America, and whether it’s appropriate. Each one of them has an identity that starts them off in a very fraught state of being, because it’s urgent and immediate, what they’re dealing with. And by the end of this series, each one of these characters is going to look at themselves completely differently, and almost be reborn.