Netflix’s hit reality show, Selling Sunset, has fans hooked. The show follows real estate agents from the Oppenheim Group as they sell gorgeous LA homes to the rich and famous. One of those agents is Maya Vander. She’s had a full-time role on the TV show for its first four seasons.

Now, Selling Sunset has been renewed for seasons No. 5 and No. 6. However, Vander may not want to keep filming. She’s a working mother with a busy professional and personal life. Regardless, Vander’s biggest fans want to know if she’ll appear in season six of Selling Sunset.

Although Vander is making things work in seasons four and five, she probably won’t film full-time for season six. The show will go on, but she hasn’t signed on yet. According to E! Online, Vander may be done with the Miami-to-LA commute. “Realistically speaking, I’m probably going to stay more focused on Miami, my family and my business here, if we get renewed for another season,” she explained.

Vander told E Online, “I’m probably not going to be a full-time cast member because it’s going to be difficult for me logistically to do the back-and-forth again, especially with a third child.”

Fans loved watching Vander announce her pregnancy with her third child on season four. Unfortunately, she announced she suffered a stillbirth. At 38 weeks pregnant, Vander found out she lost the baby during a doctor’s appointment. Obviously, the loss devastated Vander and her family. It could affect her decision to film in the future. Vander may want to spend more time with her two kids, Aiden and Elle, who are both under three years old. 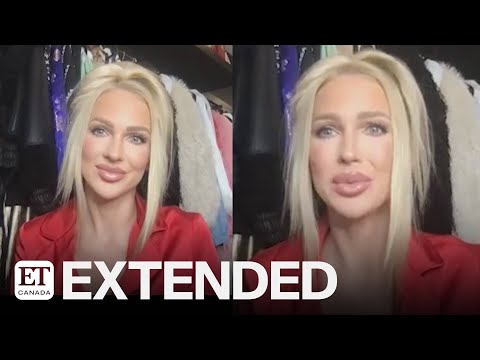 Although season five is filming now, it is unclear if Vander will discuss her stillbirth on camera. Losing a child is a difficult, traumatic experience. She may not want to show the world one of her most vulnerable moments.

Vander’s family hasn’t appeared on previous seasons of Selling Sunset. Although she isn’t opposed to showing her kids, her husband is very private. Season five could have more of Vander’s family if production wants to get her children in front of the camera.

Plus, there’s plenty of other drama going on with Selling Sunset. Fans can expect to see Christine Quinn continue her villainous ways. She claims that she enjoys being a reality TV bad guy. According to Live from E!, Quinn said, “I live for it. I love being the villain and I wouldn’t have it any other way.”