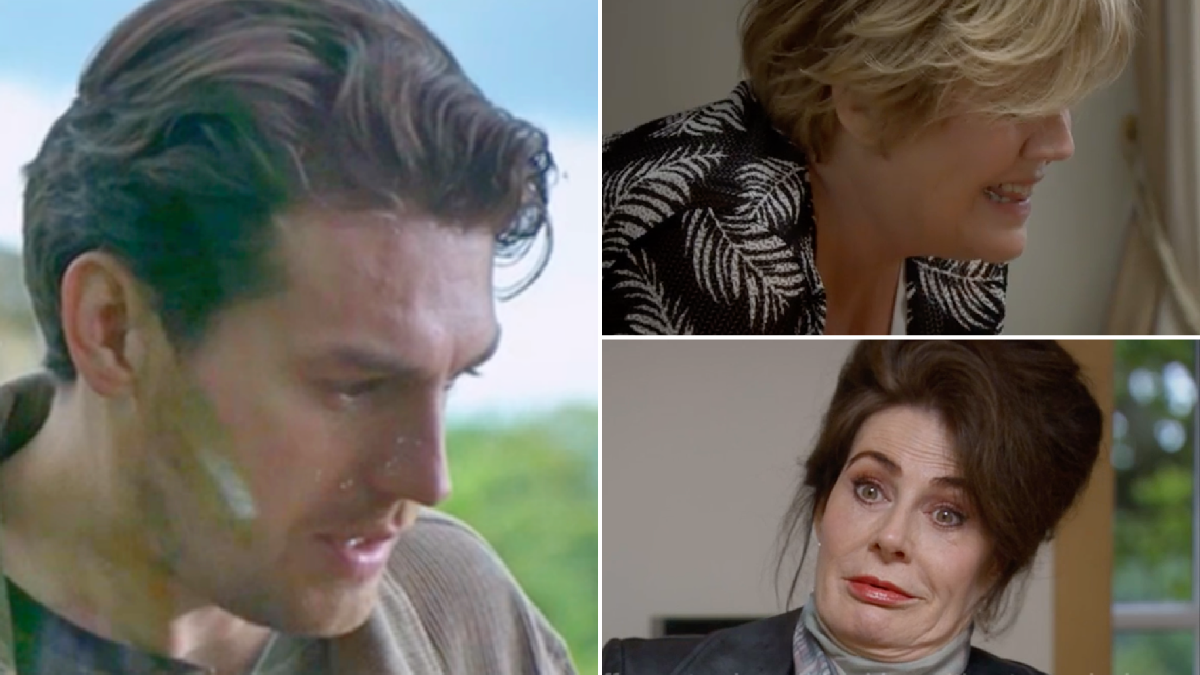 Mackenzie Boyd (Lawrence Robb) was lost for words, after he overheard what he thought to be passionate sex between Brenda Walker (Lesley Dunlop) and Faith Dingle (Sally Dexter) in Emmerdale tonight!

The village’s latest lothario promised Brenda that he’d help her shift a few boxes up at the barn, but his interest was evidently piqued by her unusual living arrangements.

Viewers will know that Brenda has allowed Faith to move in to Eric Pollard’s (Chris Chittell) with her, after discovering that her former love rival is worried her cancer has returned.

In a rather suprising turn of events, the two women have become rather good friends, with Brenda supporting Faith at every given opportunity, and vice versa.

The rumour mill, however, has been in full swing regarding the dynamic between the three house guests, and when Mack overheard a conversation between Faith and Brenda, in which she referred to them as ‘modern’ folk, he jumped to a rather shocking conclusion.

The young man evidently thought that Brenda, Eric and Faith were, for lack of a better word, a ‘throuple.’

Brenda and Faith, however, remained blissfully unaware of what Mackenzie was implying, and returned home and started to shift the boxes on their own, ahead of his arrival.

Faith was concerned for Brenda’s wellbeing after she hurt her back, and therefore she offered to give her a massage.

Mackenzie, meanwhile, arrived at the barn, but he got quite the shock, as he overheard Brenda’s delight at Faith’s massaging skills!

Mack, a look of confusion and horror on his face, soon grinned, believing that he’d caught Brenda and Faith having sex, thus proving his theory!