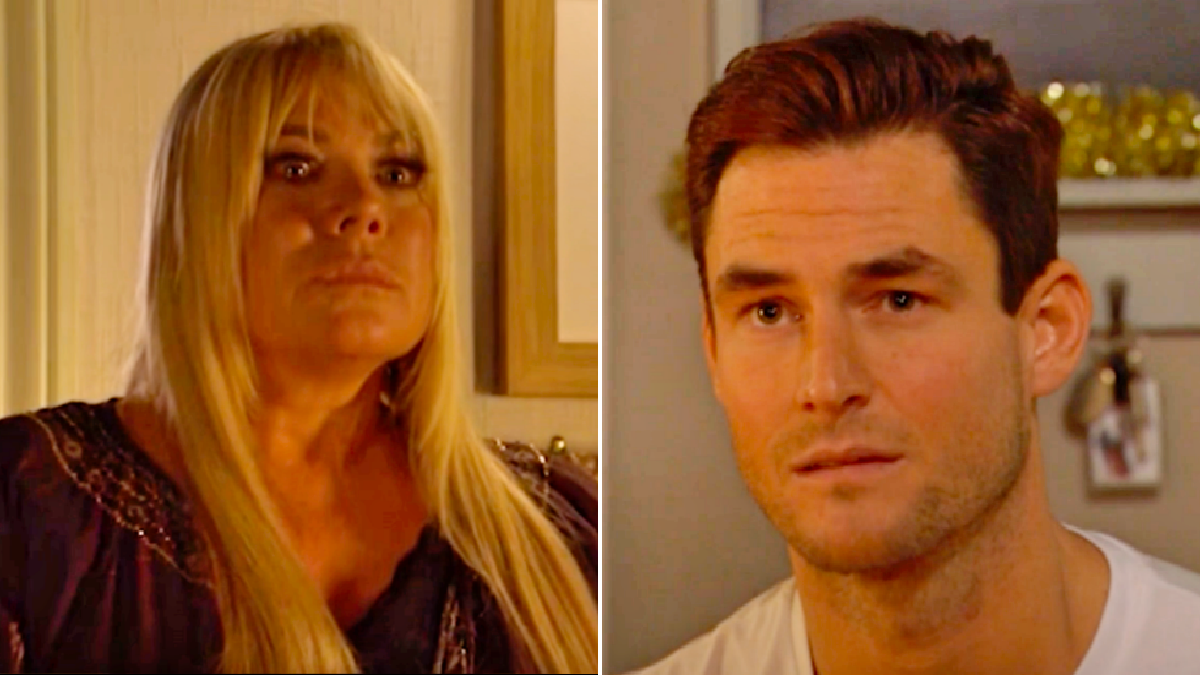 Sharon Watts (Letitia Dean) made her feelings known in EastEnders, as she kicked her brother Zack Hudson (James Farrar) out after finding out he warned Jada Lennox (Kelsey Calladine-Smith) about what she was up to.

Viewers will know that Sharon was keen to help Jada when she first rocked up on her doorstep with baby Alyssa.

Phil Mitchell (Steve McFadden), however, had a word with her, claiming that Jada couldn’t be trusted. Sharon therefore decided to go for sole custody of the child, something which Zack wasn’t on board with.

The young man then warned Jada about Sharon was up to, and subsequent scenes saw the teen vanish with Alyssa.

Martin Fowler (James Bye) discovered what Zack had done earlier this week, but he resolved to keep it to himself, aware of the fact that Sharon had suffered enough heartbreak for one year.

But Phil soon found out the truth from his PI, who had tracked down Jada’s dad – who spilled the beans about how Zack had warned her off!

Sharon was seething, but Zack’s attempts to explain himself ultimately made her see that she did act rash, and that she’d treated Jada unfairly.

But in spite of this realisation, Sharon refused to forgive her brother, reminding him that they did not know each other this time last year, before claiming that she wished she never met him.

‘Get out!’, she demanded, as she claimed he was more like his dad Gavin than she initially thought. Zack, heartbroken, left the flat, but will Sharon come to regret her decision?

If there’s one thing we can take away from this, it’s that Phil Mitchell has yet again caused chaos and havoc, and just like before, he’s refused to take any responsibility for it, meaning someone else – in this case, Zack – ends up getting the blame.