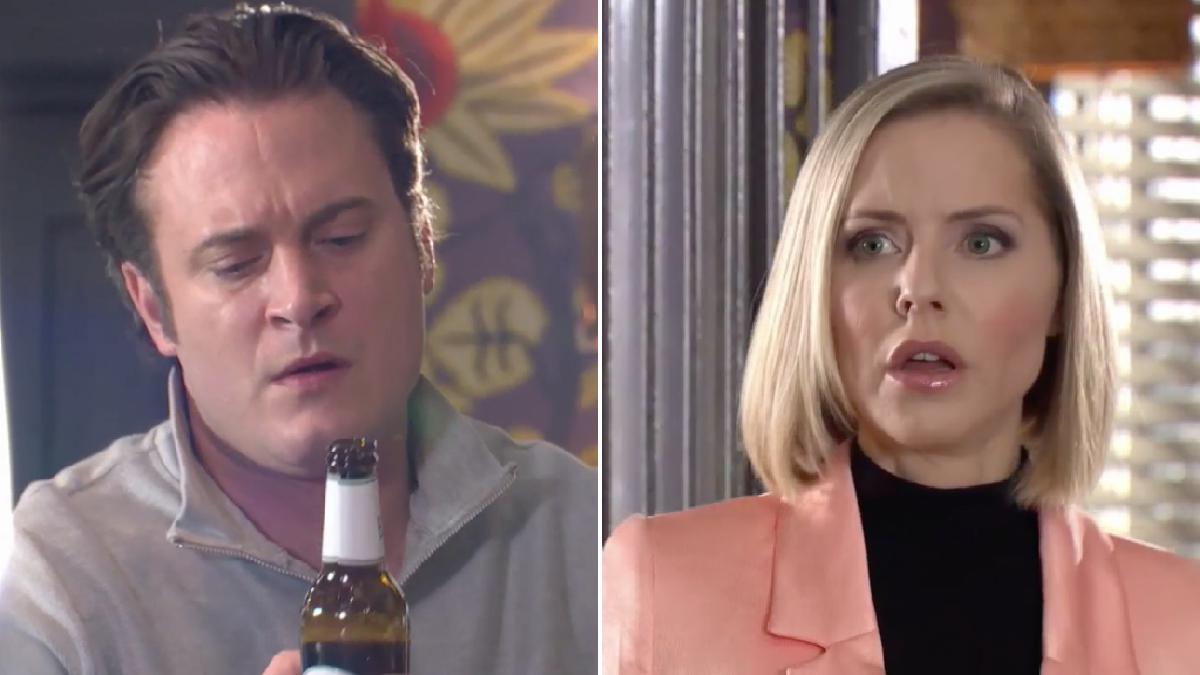 Sue returned to the village in shocking scenes earlier this month, hoping to make amends with her estranged son.

She then revealed that she was dying – something which left Luke in shock.

He agreed to let her stay, but told Cindy Cunningham (Stephanie Waring) that he wants his dementia diagnosis kept a secret.

Tonight’s of the Channel 4 soap saw Sue collapse, and she later emerged from the hospital with a tank of oxygen, which Misbah Maalik (Harvey Virdi) revealed should prevent her from feeling dizzy again.

Luke, however, struggled to cope, and explained to Mandy Richardson (Sarah Jayne Dunn) that he fears he will suffer a similar fate as his dementia gets worse.

Mandy reiterated that she – and Cindy, and all of his loved ones – will be there to support him, no matter what happens.

Luke, emotional, told Mandy that he’d follow her home, but when he failed to do so, Cindy became incredibly worried.

She later found him in The Dog, with a bottle of beer in his hand.

Will Luke take a drink?