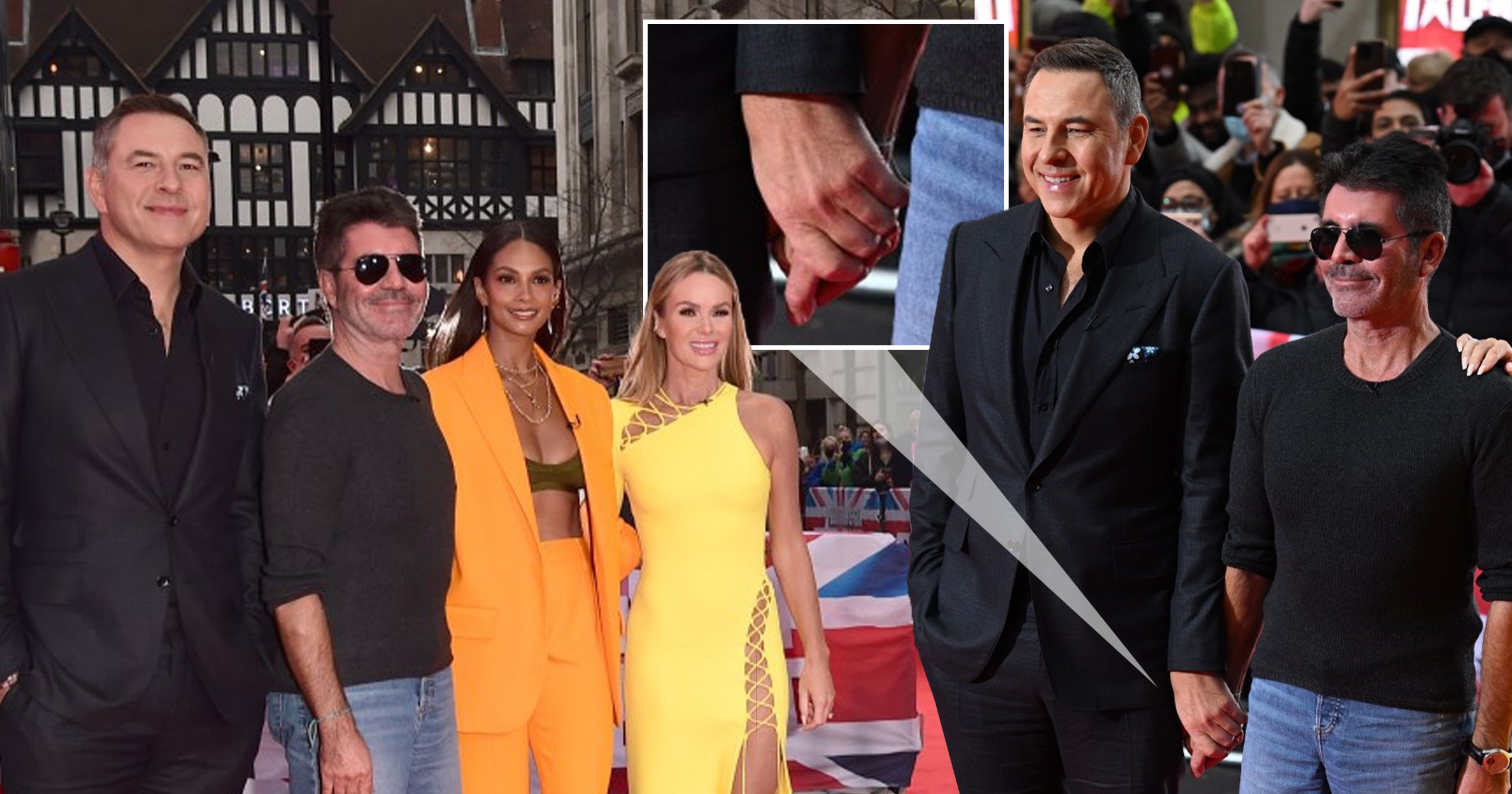 The Britain’s Got Talent judges were clearly excited to be back as auditions kicked off in London, with Simon Cowell and David Walliams pictured holding hands as they posed for photographers.

It’s been a while since avid watchers of the long-running ITV show have seen Simon, David, Amanda Holden and Alesha Dixon on screen together, with last year’s series cancelled due to the Covid-19 pandemic.

So fans were ecstatic to see the group of four arrive for filming as auditions began at London’s Palladium, with the panel being photographed alongside presenters Ant McPartlin and Declan Donnelly.

At one point while posing on the red carpet, close pals David and Simon were seen holding hands, the former dressed in a slick black suit and the latter in his signature grey, long-sleeved top and baggy jeans.

Amanda opted for a bright shade of yellow as she wore an asymmetrical dress, while Alesha also stunned in a bold orange co-ord, featuring flared trousers, an oversized blazer and a crop top bralet.

It was an emotional moment as Ant and Dec took to the stage and welcomed the audience to the show before they laid their eyes on the talented acts for the first time.

‘Excuse me while I go and cry. We are so excited to be back,’ Ant said, according to the Daily Mirror.

‘We were gutted to miss last year and not get to see you all. But we’re back, raring to go and have one hell of a show for you.’

Amanda also said that she was ‘really choked up’ to be back, while Simon said that he was feeling ‘emotional’.

‘I’m so excited we’re back. I can see people! I feel emotional,’ the judge told the crowd.

It was recently reported that Simon is expected to remain a judge on the popular programme until 2025, amid the news that SyCo is ‘downsizing’.

‘He is showing no signs of slowing down and is working on lots of American projects too,’ the source told The Mirror.

Last week, it was revealed that Simon was engaged to his partner, Lauren Silverman, several years after they started dating.

The pair share a son together, Eric, who was born in 2014, and Lauren has another son, Adam, from her previous marriage to Andrew Silverman.

Britain’s Got Talent is due to return later this year on ITV.