SIMON Cowell is stepping back from TV to spend more time with his family, The Sun can reveal.

The superstar is scaling back his on-screen presence after two decades as one of the biggest faces on British and American television. 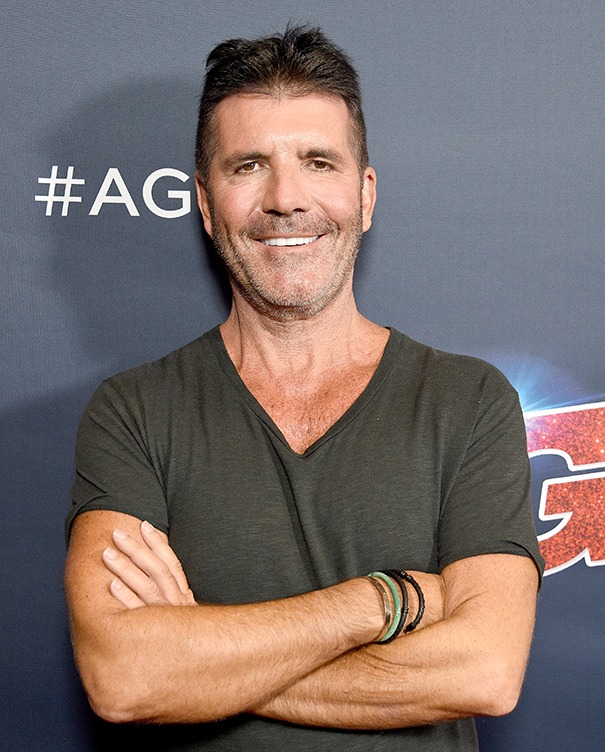 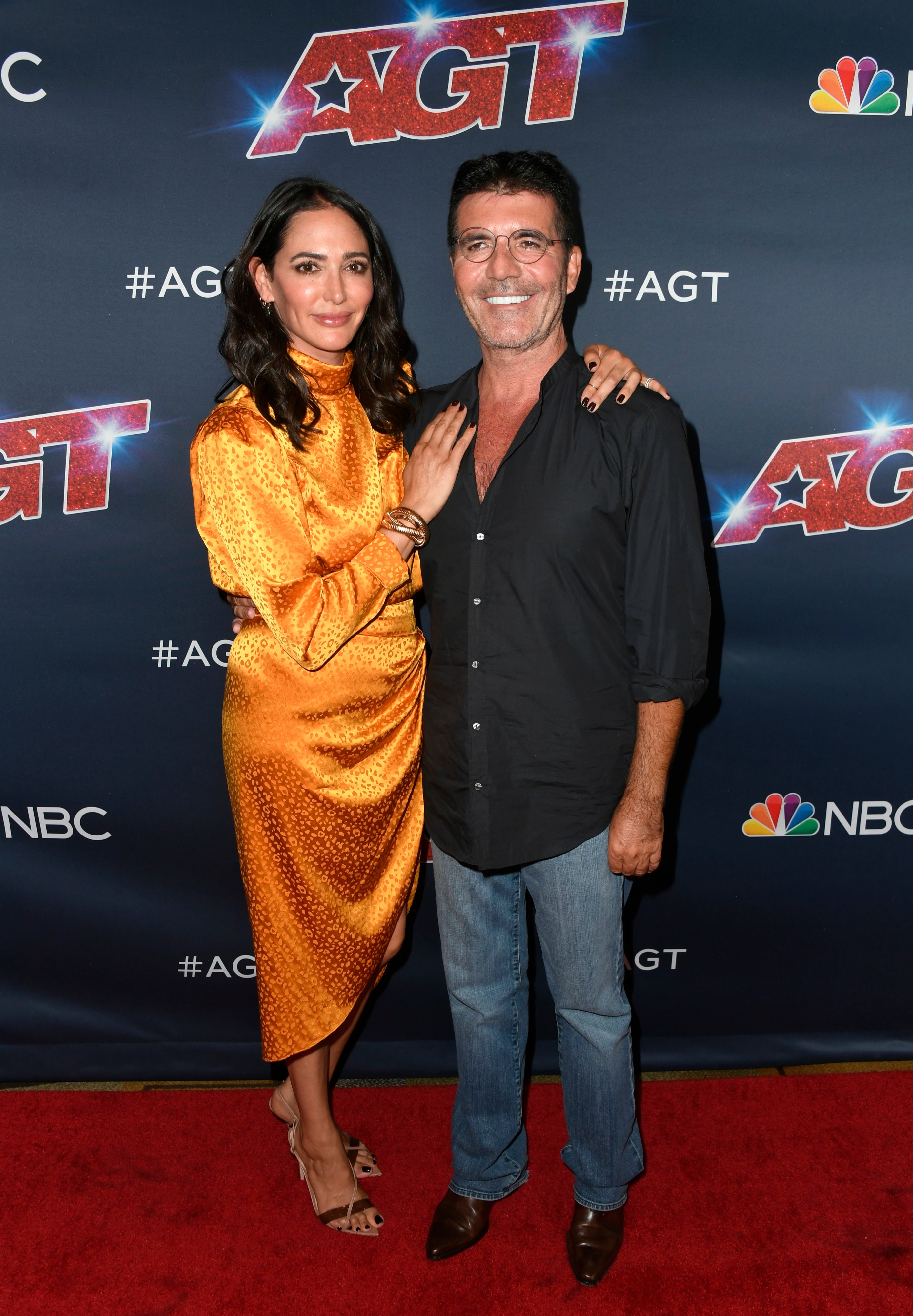 Cowell who has been an ever-present lead judge on X Factor and Britain's Got Talent for 17 years, will be replaced by Gary Barlow for his widely hyped new ITV show, Walk The Line.

The 62-year-old star will be heavily involved off-air as executive producer rather than appear on screen as originally planned.

Fifteen months on from having critical back surgery following a horror accident on an electric bike last year, the media mogul now wants to devote more time to partner Lauren and son Eric.

It brings to end an astonishing era of dominance of our telly screens – but Cowell is still determined to work on TV projects in the future, and is expected back on the next series of Britain’s Got Talent.

Last night Simon said: “This is a situation where I have decided it is right for me to focus on my role as the Creator and Producer as we build up to the hugely exciting launch.

“Gary’s musical pedigree is second to none – and we have known each other a long time now – so I am delighted he is picking up the baton for me for the first series of Walk The Line. I know he will do a fantastic job.”

The former Take That frontman previously worked with Simon on the UK version of the X Factor.

The popular tycoon’s decision to stand down comes following a terrifying E bike accident in which he broke his back – and was almost paralysed for life.

Simon, who has overhauled his once “showbiz” lifestyle since the birth of his beloved son Eric, 7, was treated by round the clock carers as he battled to walk again.

Since then he has kept a largely low profile.

His decision to work off-camera comes after he stepped back from duties Stateside last year.

The star was replaced on America’s Got Talent following his accident, as he recuperated at home in Los Angeles.

Last night a source close to Simon said: “Everyone at ITV and within Camp Cowell is massively excited about this new project.

“It has all the ingredients to be a huge hit. As you can imagine, workaholic Simon has been massively involved from the word ‘go’.

“But given all the upheavals of the past year or so, what with lockdown and his health, he’s decided now is not the time to be front of camera.

“He’s just finished an exceptionally busy period filming which saw him spending an extended period of time away from home, so he also wants to devote more time to his family in the coming weeks.

“Clearly Simon has nothing to prove and doesn’t seek celebrity status; even after a quieter couple of years by his standards, he still gets recognised everywhere he goes.

“So the last thing he needs is for all that to be ramped-up again once this show runs on primetime telly.

“Just as he did in 2006 for the inaugural AGT launch, Simon wants help steer the ship from behind the scenes so he can ensure the series runs to his exacting demands.”

Simon personally phoned Gary to ask him to get involved and secure the deal.

Walk The Line is billed as a “high octane musical gameshow” in which contestants can win up to £500.000.

It will be fronted by Maya Jama with both Craig David and singer Mabel rumoured to be joining Gary, 50, on the judging panel.

In an official statement yesterday, Gary added: “When Simon calls it’s usually with something fairly extraordinary.

“I’m so excited to be involved in a brand new TV show, and of course my favourite part of Walk the Line is discovering new talent.”

Meanwhile ITV publicly backed Simon’s decision, saying: “We are delighted that Gary has decided to join the Walk The Line family and we understand and support Simon’s decision to focus on his role as producer and creator for this debut series.” 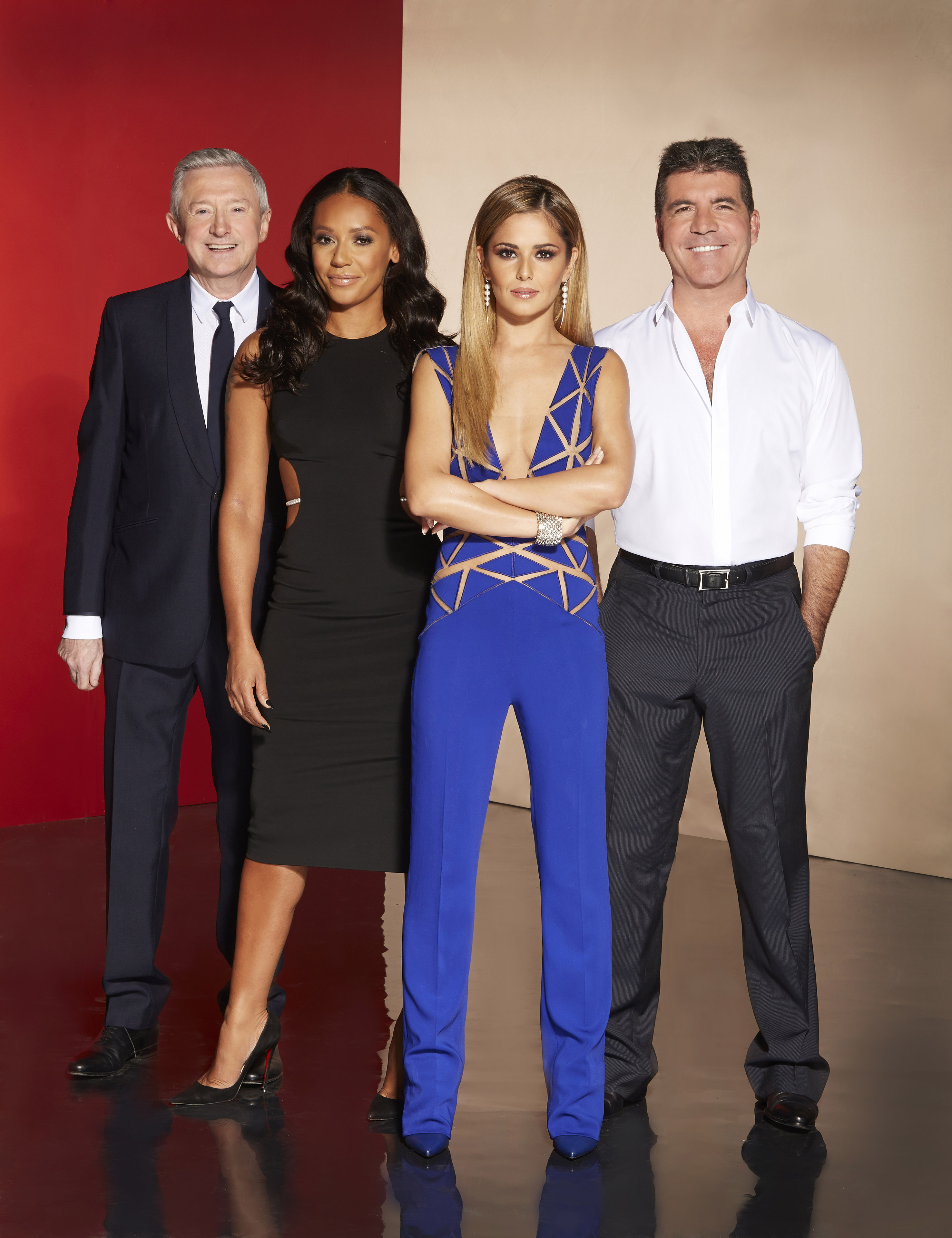 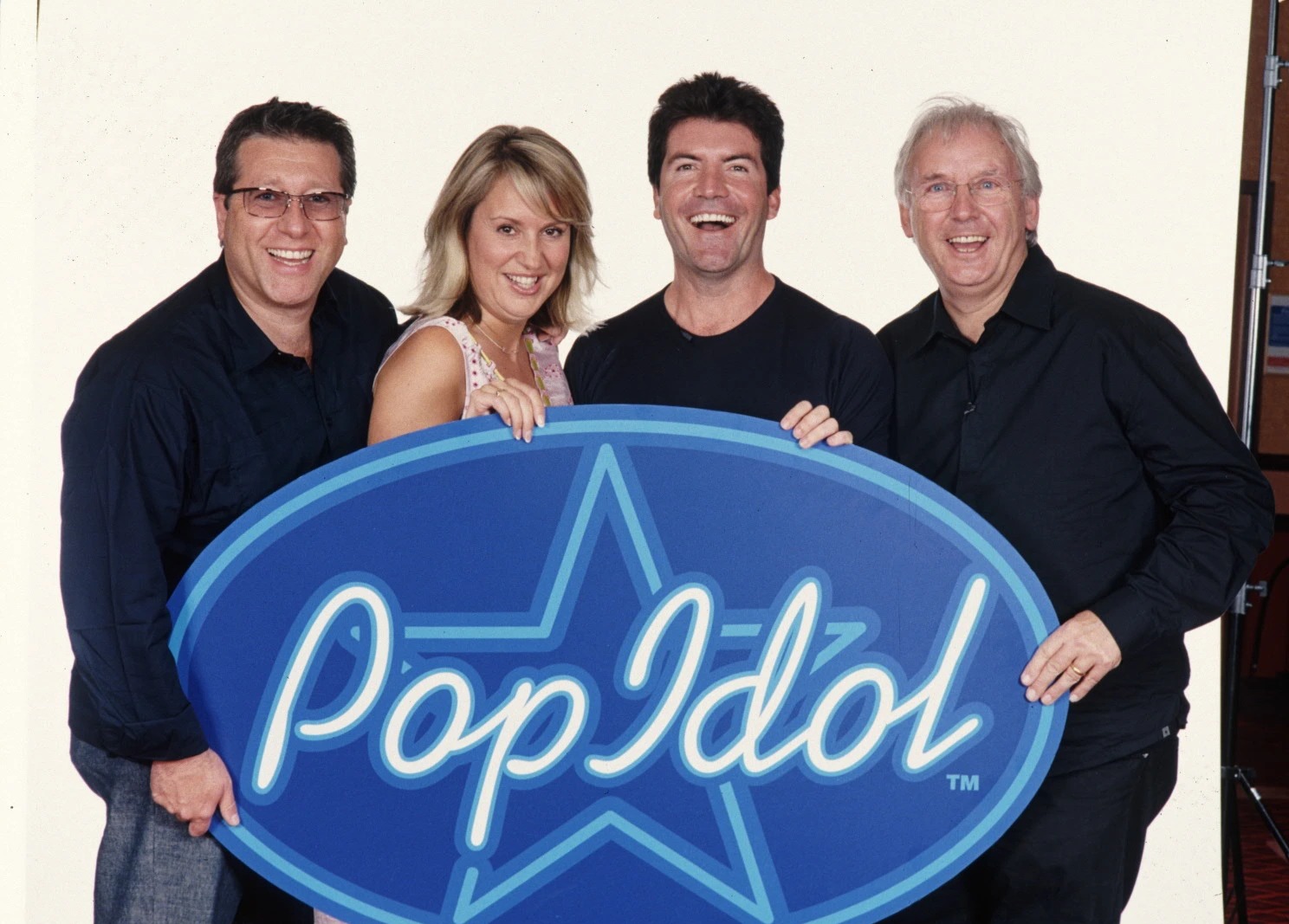 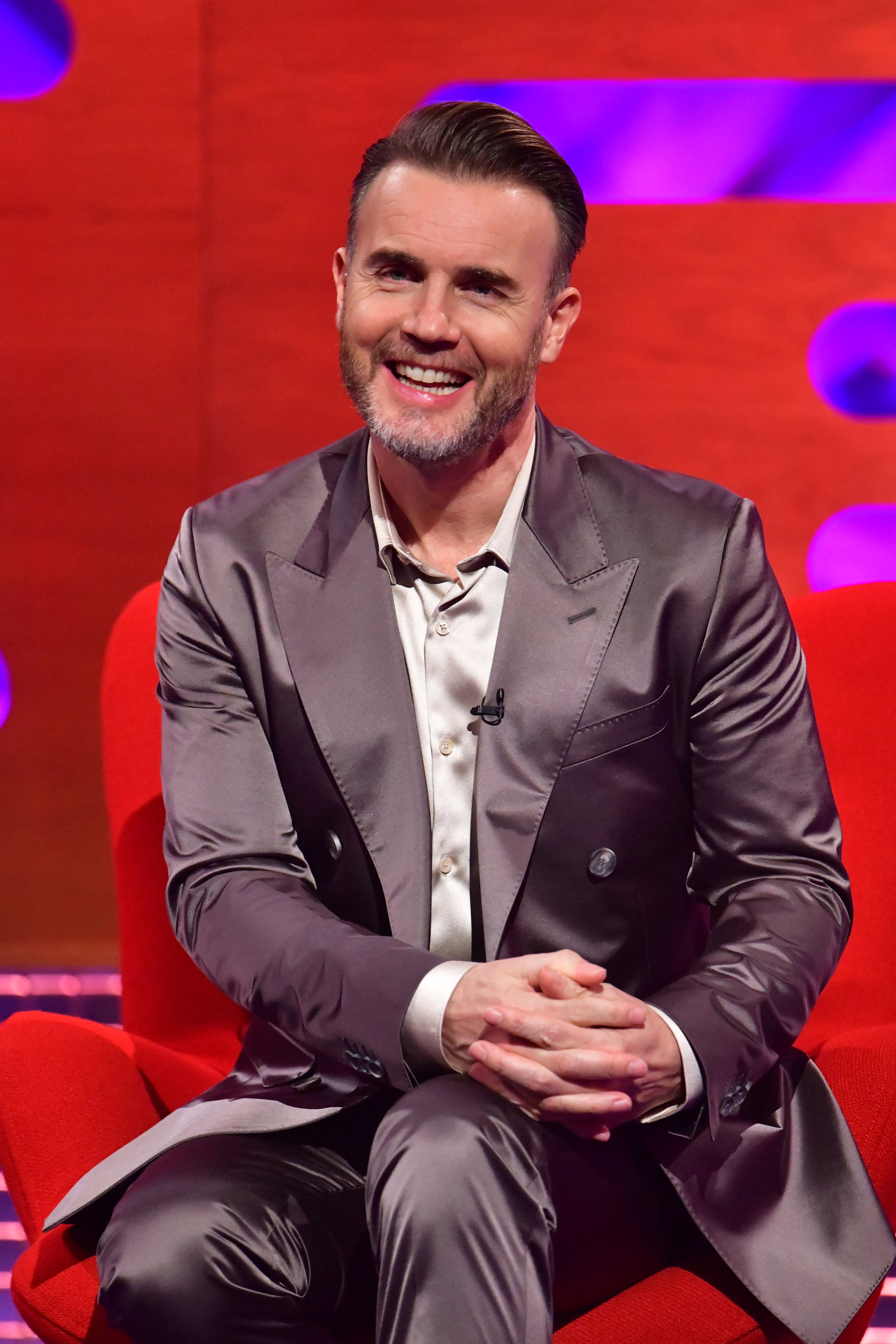 SIMON Cowell arrived on our TV screens in 2001 after a ­successful career in the record business — launching acts including Robson And Jerome, Westlife and Five.

His first role came on Pop Idol and he carved out a name as the show’s toughest judge.

In 2005, he launched Syco, the entertainment empire which cemented his position as one of the biggest moguls in entertainment.

He also landed a role on American Idol.

His first major British franchise, The X Factor, launched in 2004 — with Simon appearing alongside Louis Walsh and Sharon Osbourne as judges.

It launched the careers of superstars including One Direction.

At its height, it had viewing figures of up to 20million.

Britain’s Got Talent debuted in 2007 and was named the world’s most successful TV format by Guinness World Records, having reached up to 70 territories.