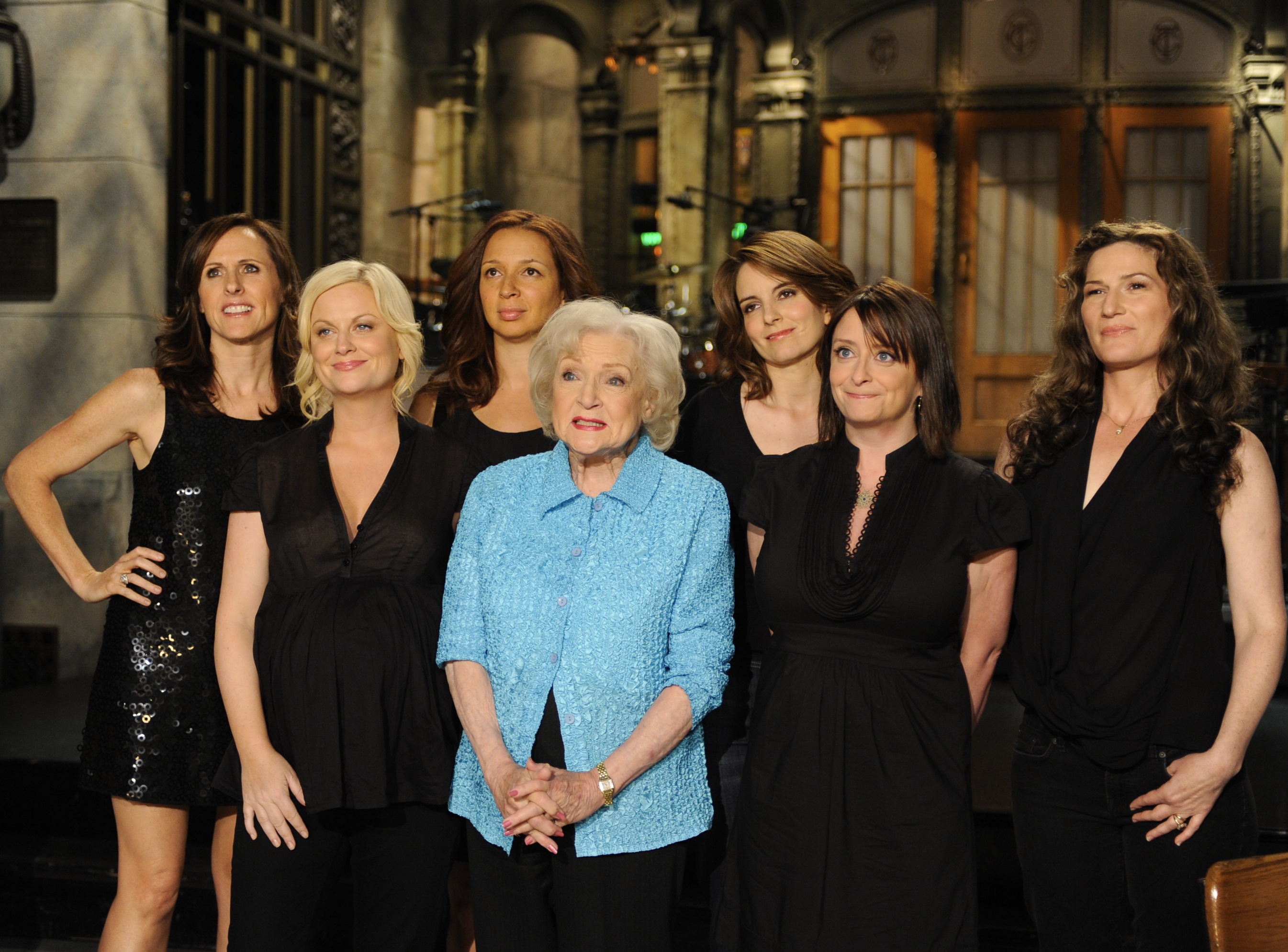 Saturday Night Live has been praised by fans for airing a special tribute episode to the late Betty White.

Her death was met by an outpouring of grief and memories from celebrities, with the likes of Dolly Parton and Ryan Reynolds paying tribute.

On Saturday, Saturday Night Live aired the May 8, 2010 episode which saw White host the show with Jay Z appearing as the musical guest.

White became the oldest person to front the late-night comedy series at the age of 88 and she appeared in every skit.

White came to host the beloved show after a huge Facebook campaign urged NBC to invite her to headline.

After just a matter of weeks, several hundred thousand fans had signed the petition, and it was announced that she would be hosting a special Mother’s Day episode.

Viewers delighted in SNL’s decision to air the instalment and applauded the move.

‘Thank you, thank you, Saturday Night Live, @nbcsnl and all involved in making the decision to put America’s BELOVED Betty White’s episode on tonight,’ one person wrote. ‘Watching, laughing and crying a bit.’

NBC just played the episode of #SNL starring Betty White. The way she could be so sweet and charming one second, and then pull off such edgy humor the next is incredible. At the end, the applause from the audience was almost deafening. #RIPBettyWhite

Thank you, thank you, Saturday Night Live, @nbcsnl and all involved in making the decision to put America’s BELOVED Betty White’s episode on tonight. Watching, laughing and crying a bit. #RIPBettyWhite #SNL pic.twitter.com/inj9MJsWwM

Weâll done, #SNL. Running the episode with Betty White as host, tonight, is a great tribute!

Thank you @nbc for re-airing Betty White’s 2010 episode of #SNL. I could not wait for this rerun tonight at 11:30pm ET. I recorded this episode on May 8, 2010. Betty White did a great job hosting! I loved her monologue! I will miss Betty. â¤ï¸ð­ð #BettyWhite @nbcsnl #SNL pic.twitter.com/7YUBqgylrI

Echoing a similar sentiment, another penned: ‘We’ll done, #SNL. Running the episode with Betty White as host, tonight, is a great tribute!’

During her career, White wrote several books and won five Primetime Emmy Awards out of 21 nominations, as well as a handful of other top accolades.

The screen veteran was also named the female entertainer with the longest television career by Guinness World Records, having started out in 1939.