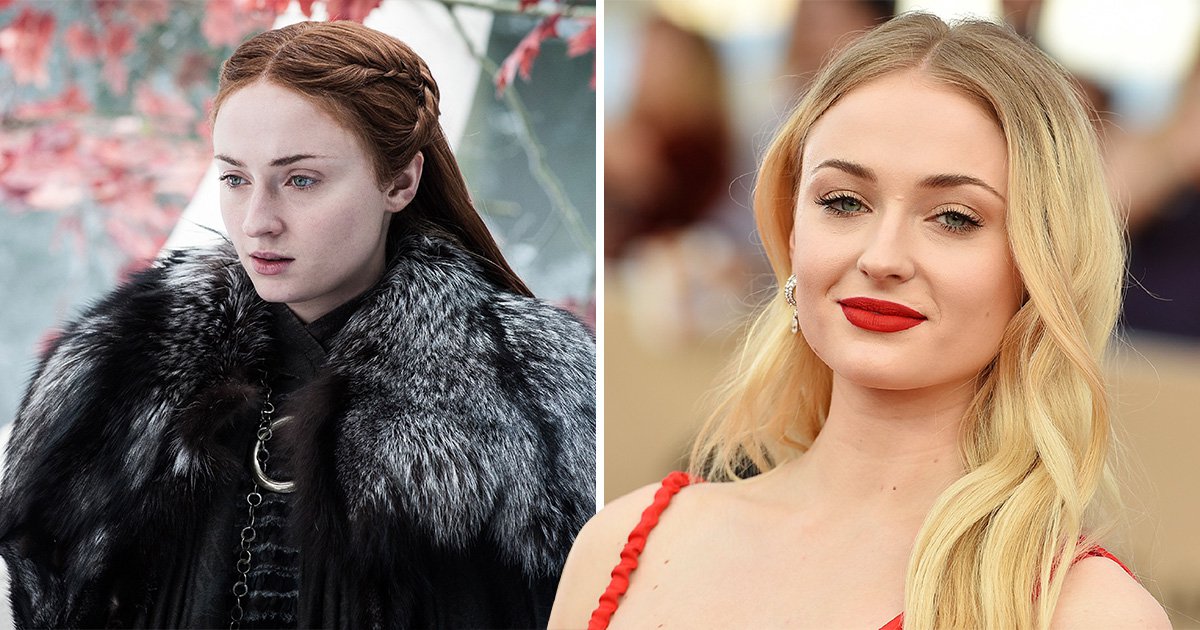 The 26-year-old actress played Sansa Stark across the eight seasons, which aired its final episode in 2019.

Sophie had been a part of the franchise since she was 15-years-old, taking on her role based on George RR Martin’s novels.

In the thrilling series, she was involved in immensely dark storylines, like watching her family be brutally murdered and suffering through two abusive marriages with Joffrey Baratheon and Ramsay Bolton, and has since admitted she had a ‘coping mechanism’ to avoid being ‘traumatized’.

Revealing how she is able to snap into character, Sophie explained: I kind of find it quite easy to go in and out.’

The X-Men actress added: ‘It does help having people around that are also willing to step out of it as well.

‘And it’s just something that growing up on a show like Game of Thrones, the subject matter was so heavy that I just developed a coping mechanism of just having the most fun in between takes, so I wouldn’t get traumatized,’ she told The Cut.

Sophie added: ‘I’m sure I’ll exhibit some symptoms of trauma down the road,’ explaining that at the young age she was when filming Game of Thrones, she didn’t feel as though she ‘could comprehend’ much of the subject-matter in some of the scenes.

Sophie, who now stars in gripping docuseries The Staircase, admitted that having her mum on set ‘chaperoning’ her for the first few years of filming Game of Thrones also made it easier.

She also confessed how growing up in the public eye left her ‘overexposed’ and how she was ‘caught up in social media like any other kid.’

The soon-to-be mum-of-two hasn’t been the only Game of Thrones actress to reveal how difficult it was growing up in the spotlight and filming dark matter at a young age.

Maisie Williams, who played Sansa’s younger sister Arya was only 12-years-old when she joined the cast of the fantasy saga where she remained for the next 10 years of her life.

Chatting to The Independent, the then-23-year-old explained: ‘Even when I was 12, people were like, “Ooh, are you gonna get a drug habit and ruin your life?” That is the problem, I guess.

She pressed: ‘The fact that you’re doing interviews when you’re 12 and no one’s ever addressing why that’s a really difficult and dangerous thing for you to do.

‘Everybody wants you to have an opinion on something when you don’t know who you are yet.’

The star went on to say how she soon realised that these people who were making the speculations were not her friends, adding: ‘People just want to go where the money and drama is.

‘I wanted to really protect myself. It’s a minefield [and] it’s a challenge every single day.’

Game of Thrones is available to watch on NOW TV.