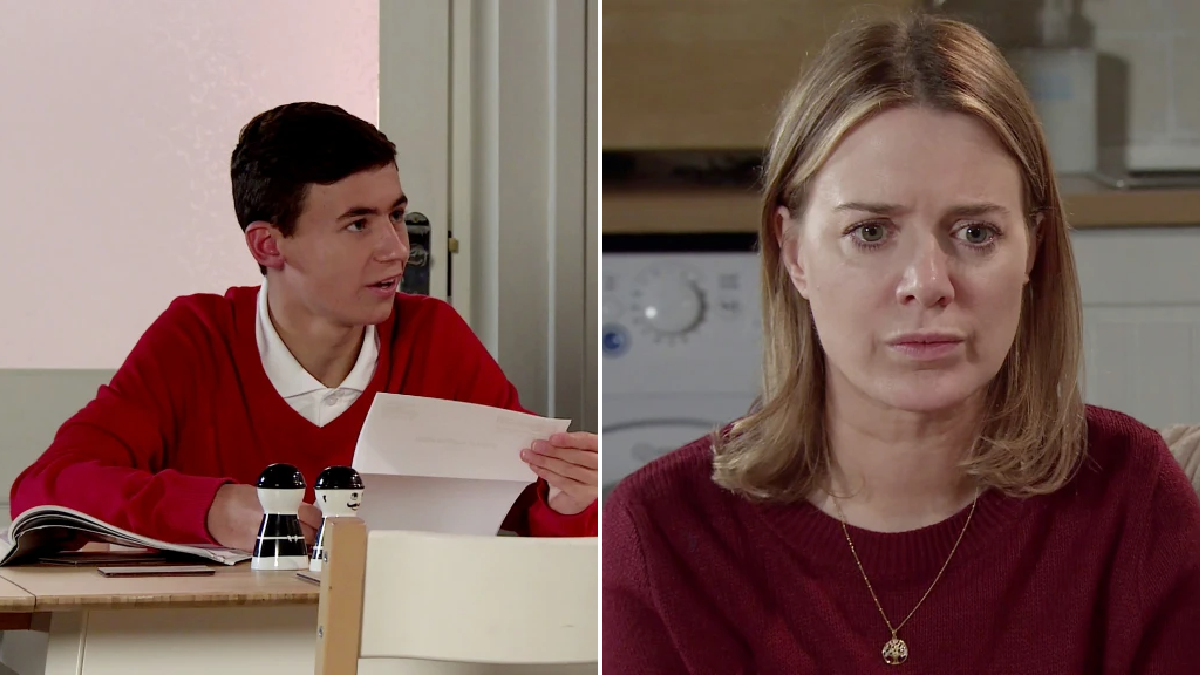 After Roy Cropper (David Neilson) saved Abi Franklin (Sally Carman) from the sinkhole collapse, he lied to the police about the gun showdown between her and Corey (Maximus Evans) in Coronation Street.

When Abi was down the sinkhole, she listened in as Roy told her Seb wouldn’t want his mother facing a murder charge and would instead want her to be a mother to Kevin’s (Michael Le Vell) boy, Jack.

In the hospital, Roy told Abi that in order to show him how grateful she is, she’d put aside her anger and need for revenge, and be a mum to the boy who loves her dearly.

After everything they’ve been through, coming up, Abi hands Jack a document and explains she’d like to adopt him if he’s still happy to have her.

But what will Jack say?

Jack was over the moon when Abi returned to the cobbles a few weeks ago, is this adoption process exactly what’s needed?

Will Jack, Abi and Kevin become a strong, family unit?