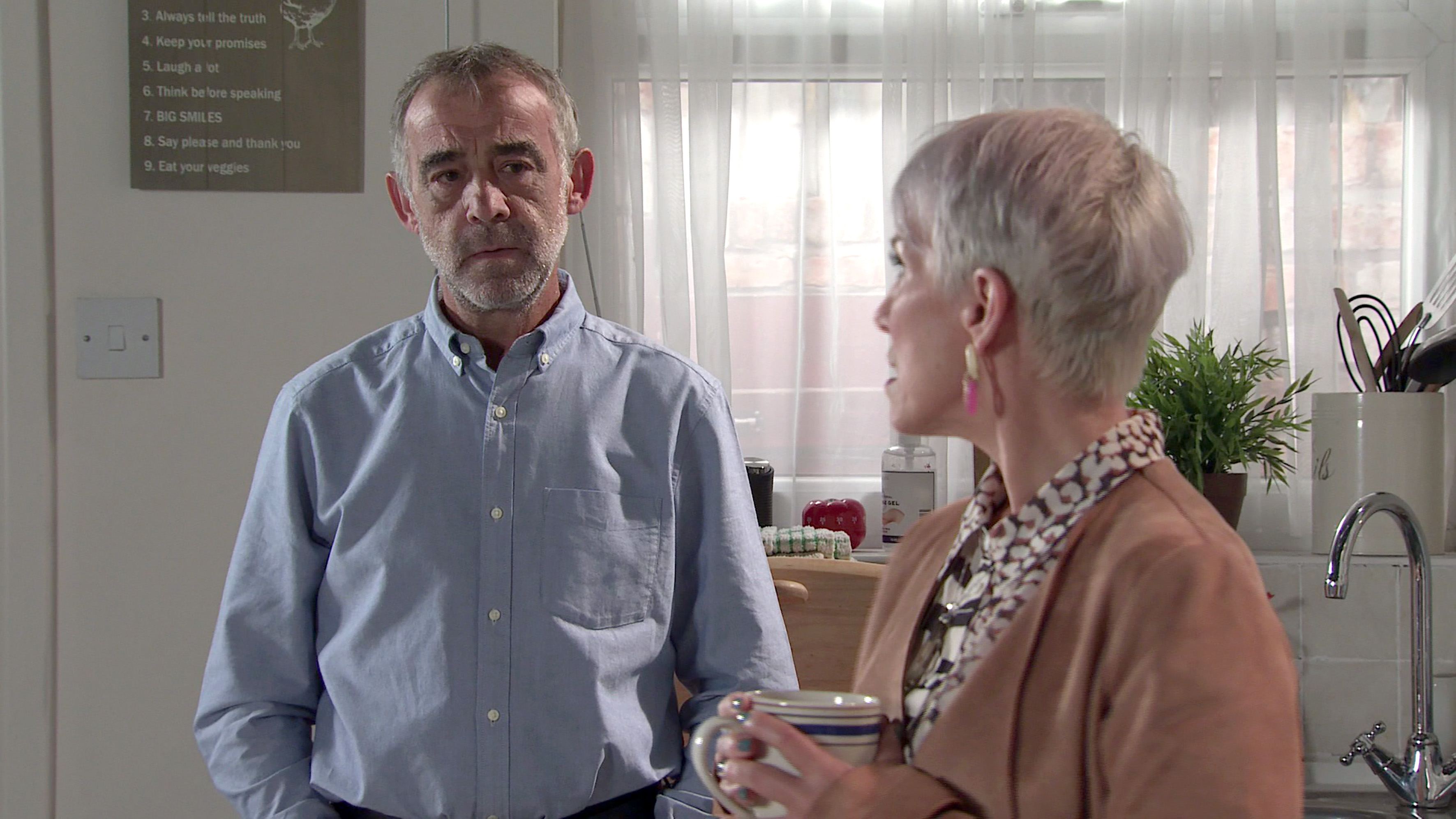 Following the result of the court trial, devastated Abi told Kevin (Michael Le Vell) she never loved him and departed Weatherfield to say with her cousin in Doncaster.

But as Abi’s silence continues, Kevin fears the worst and starts to think exposing Corey (Maximus Evans) will bring the grieving mother home.

Jack reveals that Corey’s been promoted to County’s first team and Kevin realises this is another blow for Abi.

Frustrated that Corey’s anonymity will remain protected, Kevin, Nina (Mollie Gallagher) and Asha (Tanisha Gorey) all agree that his County’s teammates deserve to know they’re playing football with a murderer.

After James (Nathan Graham) refuses to speak to the manager, Kevin decides to do it himself and reckons Corey getting thrown out of County may bring Abi back.

As Tim (Joe Duttine) realises how stressed Kevin is, he urges him to forget about Abi and focus on his life with Jack, but what will Kevin do?

Will he continue his fight, thinking Abi will eventually return to the cobbles?

If she does, what state will she be in?