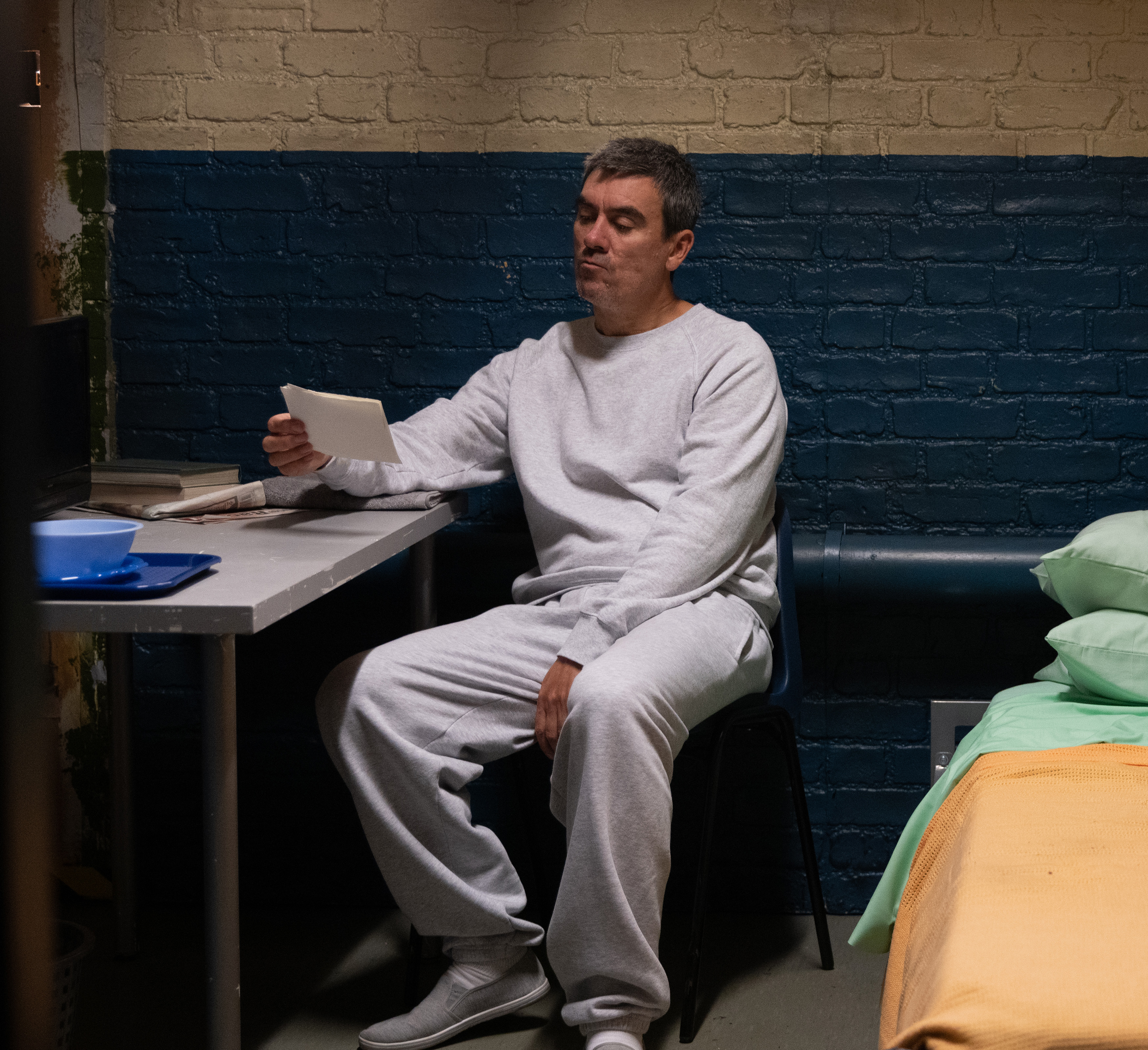 On the face of it, Cain (Jeff Hordley) seems like an expert secret keeper, having ended up in jail to protect his son’s big fib, but his lies are starting to unravel one by one, and the latest will reveal a member of the family he’s kept hidden for decades and put a few noses out of joint.

This secret is another one that could blow his entire family apart and though he currently has no relationship with Chas (Lucy Pargeter), this revelation will hammer the final nail into the coffin.

Cain has been receiving mysterious letters in prison and as the latest one is handed to him in his cell by the guard, he takes a quick read and then tears it up. He is not happy with whatever is written on that paper.

Meanwhile, Isaac (Bobby Dunsmuir) and Kyle (Huey Quinn) each receive presents from a mysterious gift giver and Moira (Natalie J Robb) is immediately concerned, heading off to see her husband with a bucket load of questions.

Cain covers, but inside his guts are doing summersaults. Moira is none the wiser and as she leaves, she tells him she’s left his Christmas card from Faith with the guard.

Is he on the phone to his long-lost brother Caleb (Will Ash)? Caleb is about to make his appearance in the village, and his appearance is not set to be a happy Christmas miracle.

For one thing, Chas is not aware of his existence and will no doubt be mightily annoyed at learning of Cain hiding their sibling from her.

For another, it’s unlikely that a snubbed secret sibling will arrive in the village with peace and good will. What does Caleb want?